Hello - I'm back, up & running!  In my last post, I mentioned that I wasn't able to write the new post I wanted to because my trusty 'ole Macbook's memory was almost full.  Well, tonight, I backed it up on the external hard drive, burned pictures onto CDs and deleted a lot of those pictures off of my computer.  So, I'm back in business (for now).  I will probably have to get a new Macbook somewhere in the near future - mine can only hold 2GB (and that was with me putting the max amount of extra memory my computer will hold), while the newer ones hold double the amount or more.  My Macbook has served me well (knock on wood) and yes, they are expensive, so I'm getting the most out of this baby that I can.

The last several weeks have been very busy.  I worked on my Interior Doors project and completed that a week ago.  And once I was done with that, I had to get the house in order for a BBQ I had this past Saturday.  Right now, my living room, dining room, and kitchen look good, but I kind of threw some stuff into my craft room & garage, so I'll have some re-organizing to do.  Anyhoo, since I've been so busy, I took the time today to just relax, take naps, watch TV, and caught up on blog reading.  I've been go, go, going, that it's been awhile that I've had a chance to just chill out.   Here's a quick picture from my BBQ. 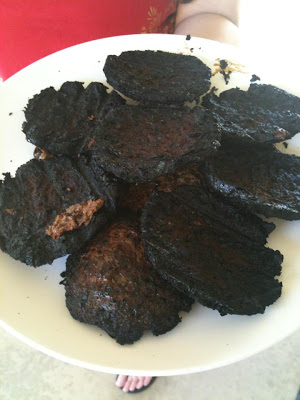 Hilarious, right?  There was a mishap with the BBQ.  It sort of, well, caught on fire, but it wasn't serious and we were able to get the fire out pretty quickly.  But, the first batch of burgers didn't survive.  RIP.

I also wanted to share a couple of pictures from So Long Davey!'s performance at the Del Mar Fair in San Diego last weekend.  My brother is the lead singer and they are pretty awesome.  And my brother has tons of crazy energy - you should see how high he can jump!  I'm always amazed when I see him jumping around on stage and that is one of my favorite parts of their shows!  Their performance was part of a contest to win $5000.  Unfortunately, they didn't win first prize, but they did win a brand-new Taylor guitar, which is pretty darn cool! 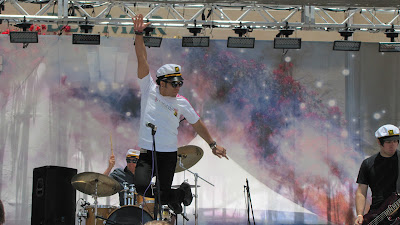 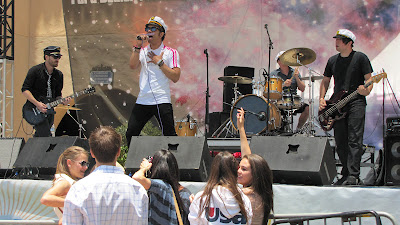 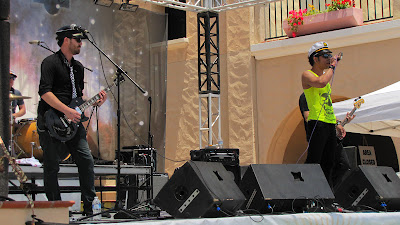 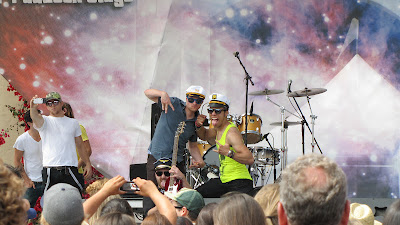 A few weeks ago, I also was able to go to the Cast Member (employee) preview of the new Cars Land at Disney's California Adventure before it opened to the public.  I posted about it here.  I updated that post with two pictures from that day (they didn't allow any photography or videos, but had their Photopass photographers available to take pictures that would be available once Cars Land was opened to the public), so you can click on over to that post to see them.  I'll also be writing a review of it as well since I can give more details now.

I have a post coming up for you shortly and have some other projects I'll be starting up soon.  I've had the motivation to get these bigger projects done, so I need to do them while I'm motivated or they will never to get done.  That's how I roll.  :)

Thanks for stopping by!
Posted by http://adventuresindiy1759.blogspot.com/
Posted by Chrissy @ Adventures in DIY at 11:51 AM

Email ThisBlogThis!Share to TwitterShare to FacebookShare to Pinterest
Labels: Fun