Adventures in Fixing A Garbage Disposal

I tell ya - if it ain't one thing, it's another.  A few months ago, my garbage disposal went on the fritz.  I thought I was going to have to buy & install a new one, but while visiting my parents a couple of months ago, they suggested that I first try a wrench that is made specifically to un-jam a garbage disposal.  The builders of their house left the one that came with theirs and they showed me what it looks like.  The previous homeowners didn't leave mine behind, so when we were out at Home Depot the folks bought me one (thanks guys!). 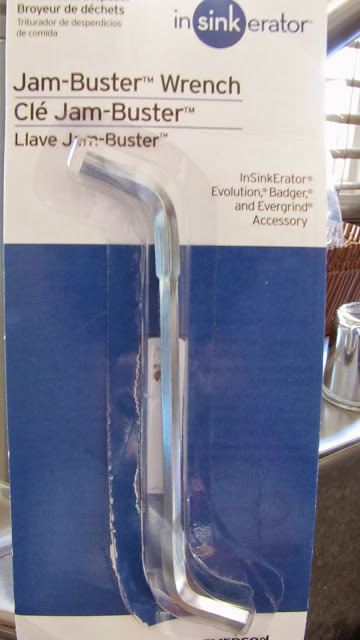 It did the trick for me, so here's a quick tutorial on how to un-jam a garbage disposal.

First, take a look underneath your garbage disposal.  Press the reset button and try running the disposal again.  Sometimes this is the only thing that's needed to get your disposal working again. 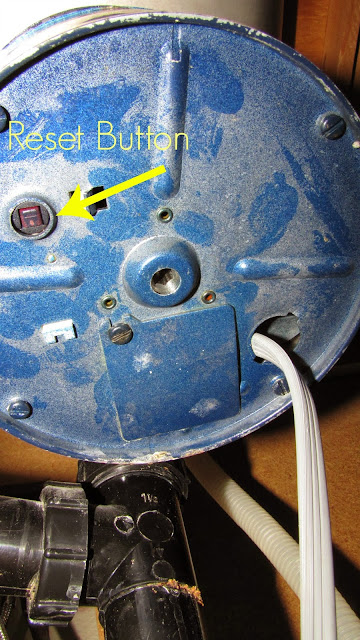 If that doesn't work (it didn't for me), then you will need to locate the center hole underneath the disposal.  This is where you will insert the jam-buster wrench. 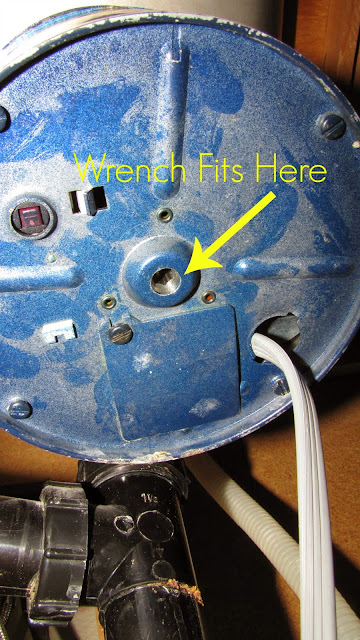 Once the wrench is in, turn it back and forth, left and right. 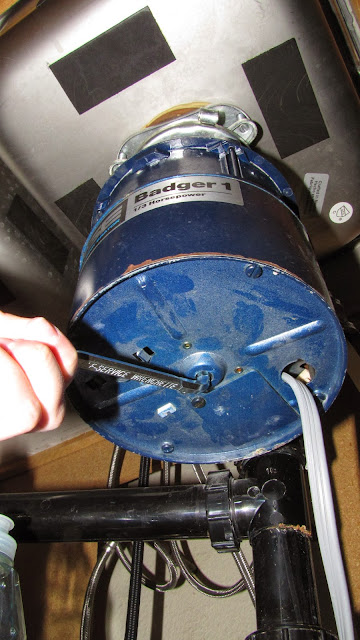 At first, this didn't work for me and I thought I would have to buy a new disposal.  On 2 different days, I tried several times to turn it left and right, but it wouldn't budge.  On the 3rd day, I decided to try one more time.  I poured some Dawn dish soap down the drain and turned on the water to super hot (my thinking was that maybe something was stuck in there that the Dawn might break up).  After I did that, I tried and managed to get the wrench to turn left and right and did this a bunch of times.  I'm not sure if the Dawn is what did the trick or if it was coincidence, but either way, it was un-sticking now.

You'll then hit the reset button again, turn the water on, and turn on the garbage disposal. 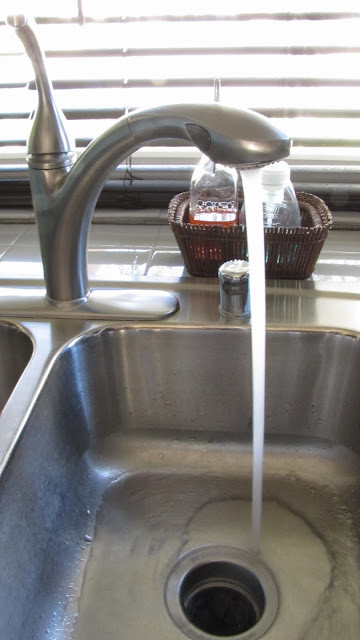 YAY!  It worked!  That baby was purring like a kitty cat.  And the water wasn't backing up into the sink anymore and it was all free-flowing.  The wrench was about $6 and it saved me about $100 in buying a new disposal and all the time & energy it would have taken me to install it.