Well, lookie here!  I have another kitchen update for ya! 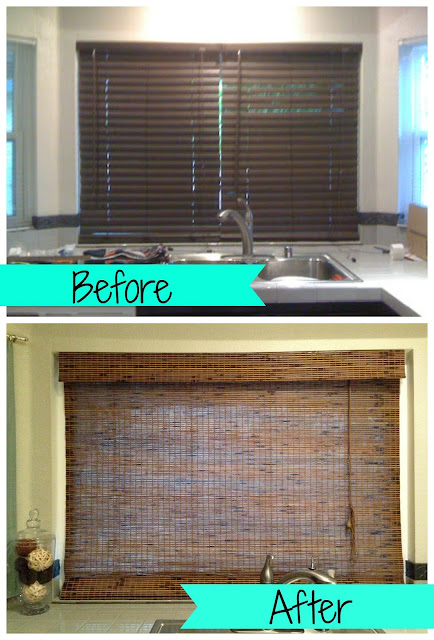 I previously shared the bamboo roman shades I installed on my dining room window.  When I bought the shades for the dining room, I decided to get the same exact ones for the kitchen.  The blinds I installed 4 years ago, were only meant to be temporary while I was trying to decide on what kind of window treatment I wanted to do.

Installation was easy since I had already installed the ones in the dining room.  The blinds I had on previously were 2 sets and the one on the left always had problems with opening.  When I would open them up, only the top half of the slats would open, so I would have to open the bottom half one slat at a time.  It was really irritating, so I would only open them on the weekends. 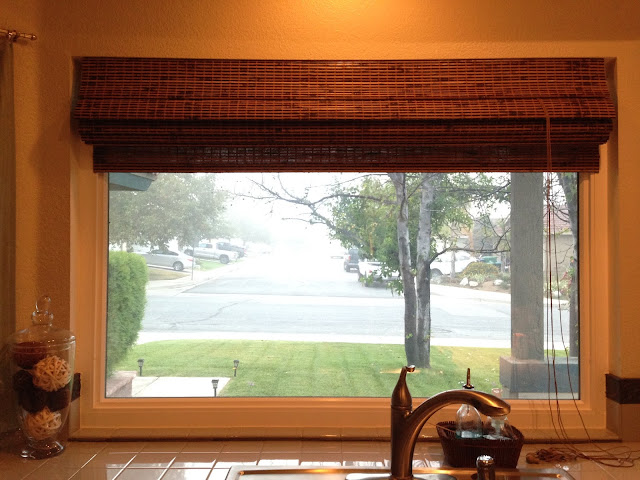 These new roman shades are soooooo much easier to open, so I open them much more often and can enjoy my view out the window and see what's going on in the neighborhood.  #nosyneighbor