Since Halloween will be here before you know it, I'm sharing our Peter Pan group costumes with you all.  I made 4 of the 6 costumes and 3 of them were super easy.  ;)
Next up is Tick Tock Croc! 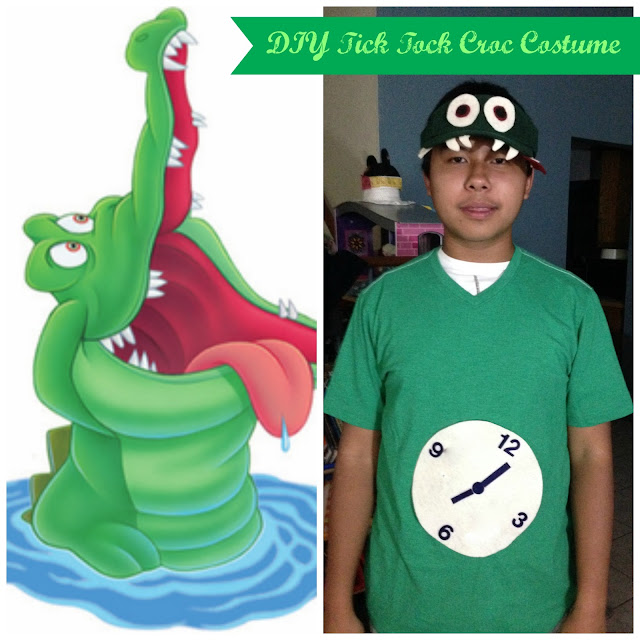 My nephew is 14 years old now and hasn't been interested in dressing up for Halloween for awhile.  But, I was able to convince him to dress up along with us with this minimal and easy Tick Tock Croc costume.
For Tick Tock's face, I ordered this green visor from Amazon.  I already had felt on hand, so I cut out some pieces for his eyes, teeth, & tongue and hot glued them to the visor.  I was following one of the pictures I looked at online & made his teeth pointy, but I thought he looked too much like a snake. 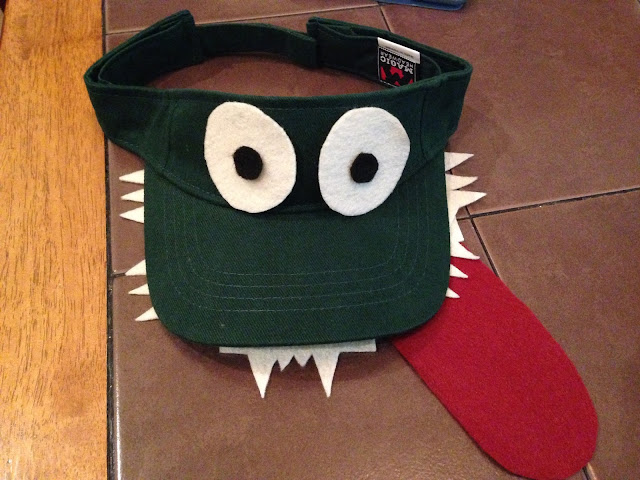 So, I changed it by giving him less teeth & rounding out the tips.  I also made the tongue a shorter so it wouldn't impair his vision. 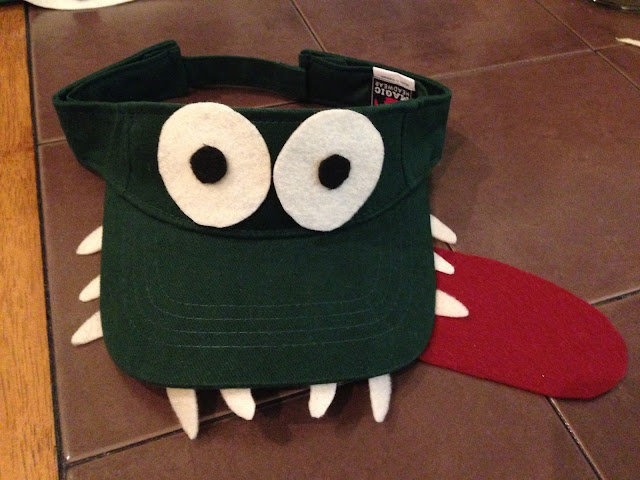 For the clock, I just cut out a big circle of felt & added some sticky felt numbers.  I would have loved to make it a bit more elaborate, but to be honest, I was too lazy for all of that.  I just added a few stitches by hand to attach it to the shirt so that when Halloween is done, it can just be easily snipped off and he wear the shirt normally. 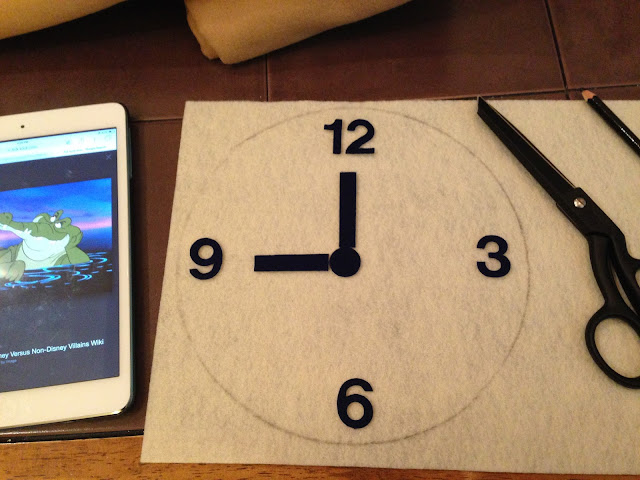 I reeeeeeeallly wanted to make a tail, but I didn't think my nephew would go for that.  But also, I figured a long tail would be cumbersome for walking around all night and riding the rides at Disneyland.  So the tail got ix-nayed!

There's more to come on our group costumes, but you can also check out our DIY Tinkerbell.