So, I STILL haven't made my dining room table.  All of the wood is just sitting in the garage waiting to be sanded down and stained.  I swear, I will get to it one of these days!  So, until then, here is a dining room update! 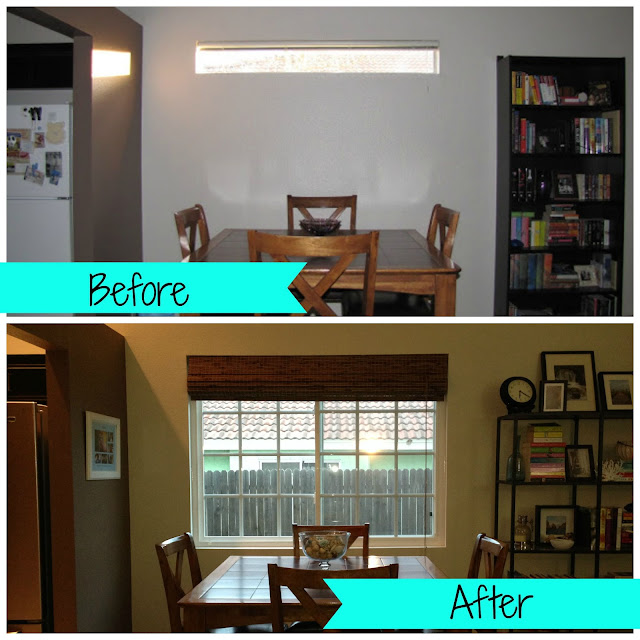 Back in 2011, I had new windows installed in the entire house.  It was pretty much a necessity - one of the windows would leak water during a heavy rain and you could feel the cold or the heat coming through the windows.  Not good.  Since I was having new windows put in, I decided to have them  turn my "world's smallest & dumbest window" into a large window that could also open to bring in fresh air, which I which I shared here. 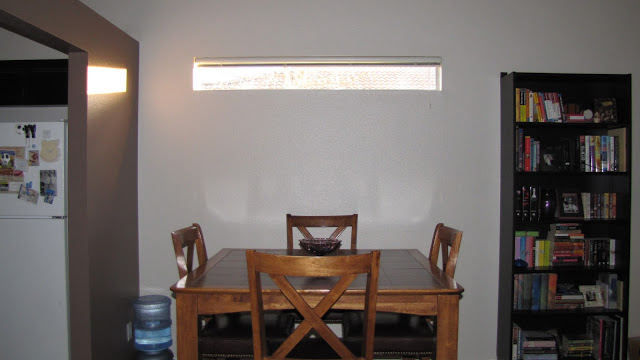 See how ridiculous that window was?  I'm guessing in the '80s these types of windows were cool?  It would always be so dark in here and I love how much light the new window brings in. 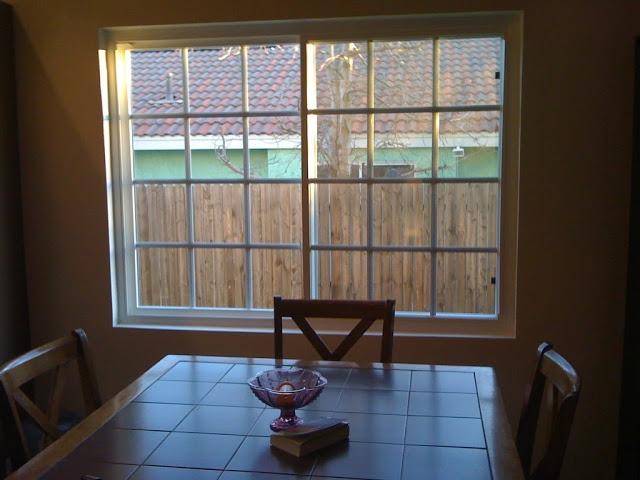 Until this year, that window sat without curtains or any blinds.  Since it only faces the side of my neighbor's house, I never felt rushed to put anything up (her house is a little bit lower than mine & she's an elderly woman who lives by herself - I wasn't worried about her peepin').  Plus, I was still trying to decide exactly what I wanted to do with it.  Well, earlier this year, my neighbor's son put up one of those motion detector security lights on this side of her house and for some reason it stays on ALL.NIGHT.LONG and shines into my house.  Time to put up a window treatment!

So, I did some research and found some roman shades at Lowe's that I really liked:  Levolor Bamboo Roman Shades in Tatami.  Of course, none of the windows in my house are a common size as the off-the-shelf-shades, so I had to buy a size that's bigger than my window and had them cut down. 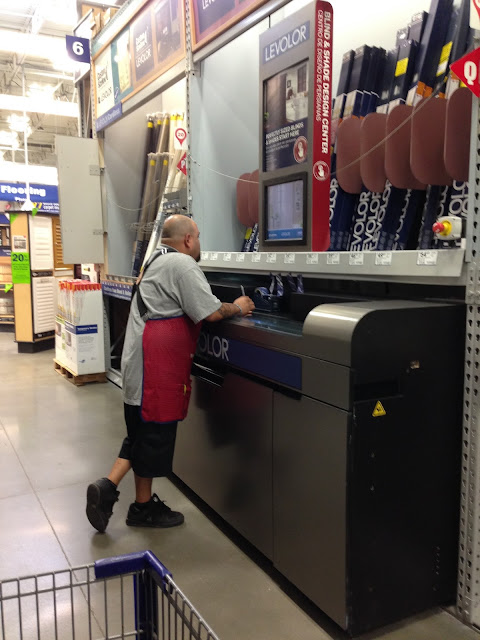 They were super easy to install.  Just follow the directions that came with them. 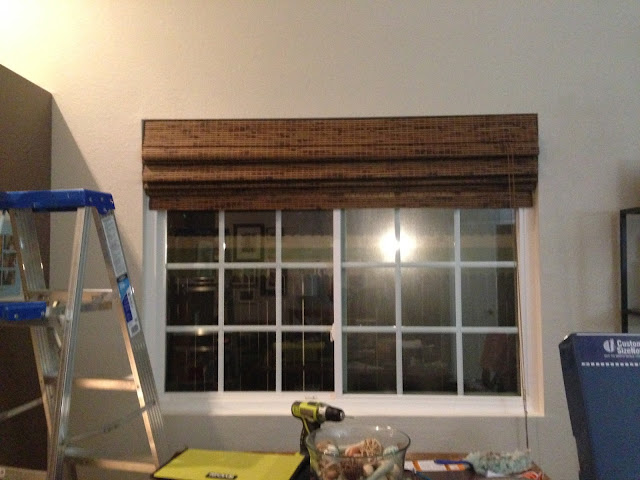 Instant privacy!  (It's very hard to get pictures of windows, thus the crappy cel phone pictures). 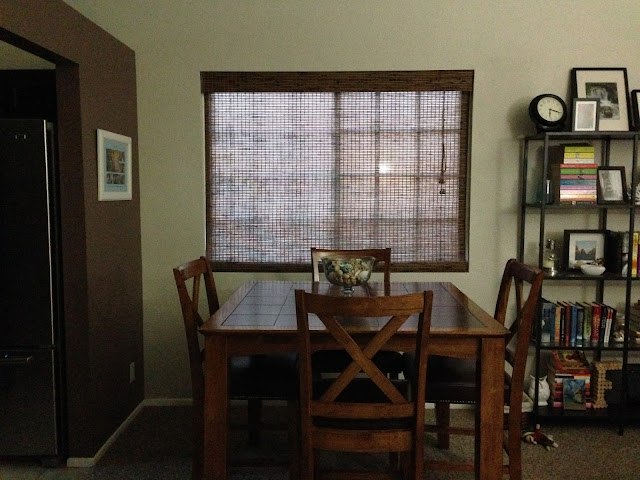 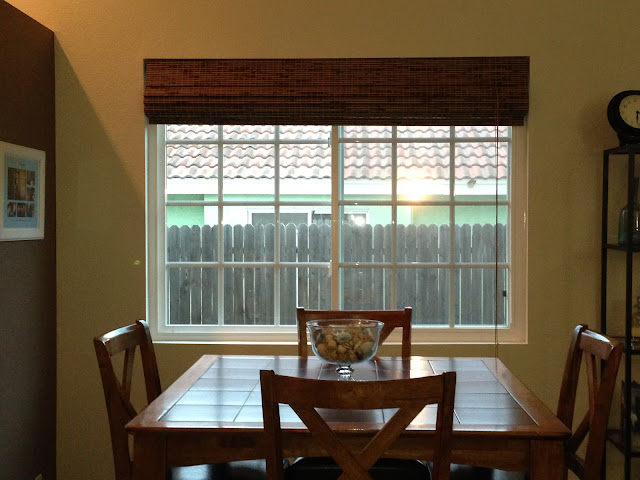 And see how the neighbor's light is STILL shining?