Now that Spring has officially sprung, let's take a look back at my Winter fun!  (Apparently a lot of it had to do with Disney).

We celebrated a friend's birthday by going to Disneyland after work.  Christmas-time is always a great time to go there - so pretty!  We saw actor Alfred Enoch who is currently on ABC's "How to Get Away With Murder" and is also known for playing Dean Thomas in the Harry Potter movies (didn't snap a picture, but we walked right by him). 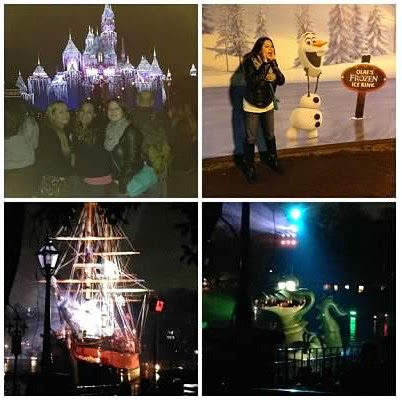 In the first week of December, my nephew's school band had a winter performance in addition to being in their city's annual Christmas parade. 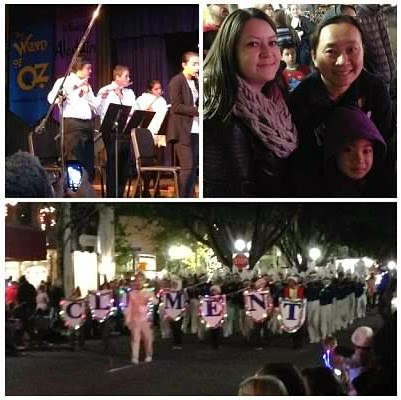 My dad had heart surgery just before Christmas in LA (he's doing very well now!).  My stepmom and I took a break from the hospital by going to The Grove for dinner and some shopping. 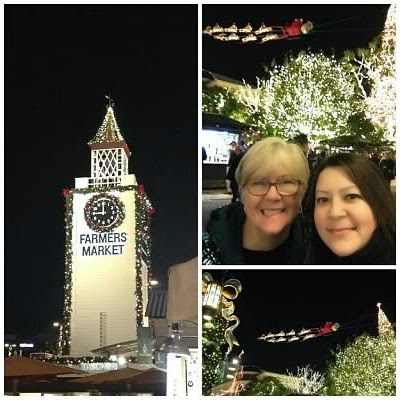 Christmas day was spent at my house this year. 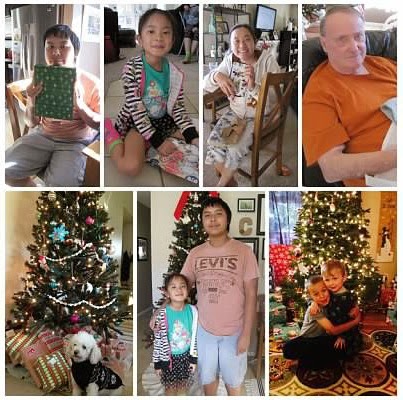 Southern California has been in a major drought and in 2014 we didn't really get much of a winter and hardly any rain.  But, we did manage to get a bit of snow just in the knick of time.  So, I can still say that we've gotten snow every year since I've lived here.  :) 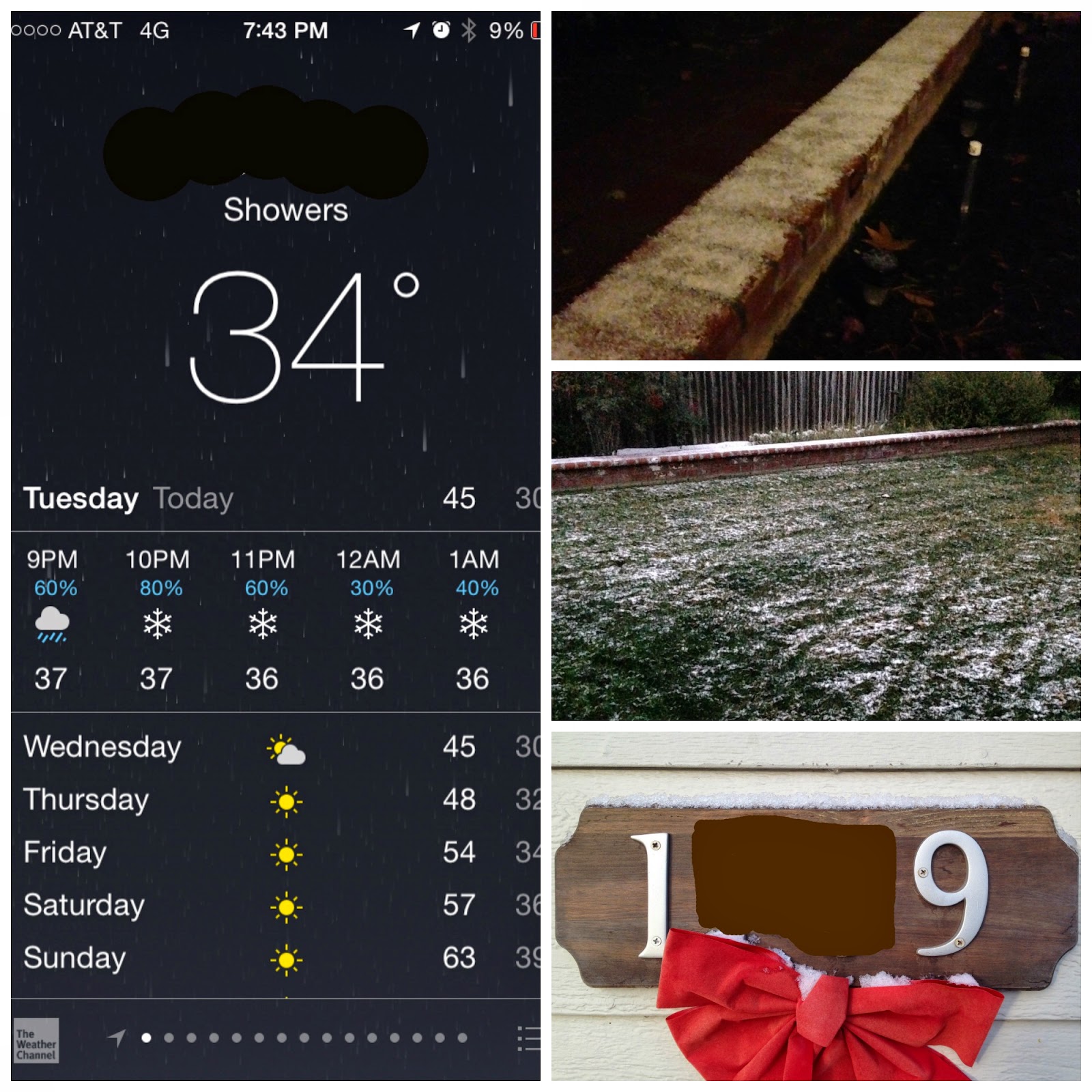 Some friends and I started out the year by going to the Totally 80s Bar.  It's always such a fun time there.  We also met DJ Richard Blade who was DJ'ing there that night (he's a famous LA DJ and was especially popular in the 80s) and watched a Duran Duran cover band. 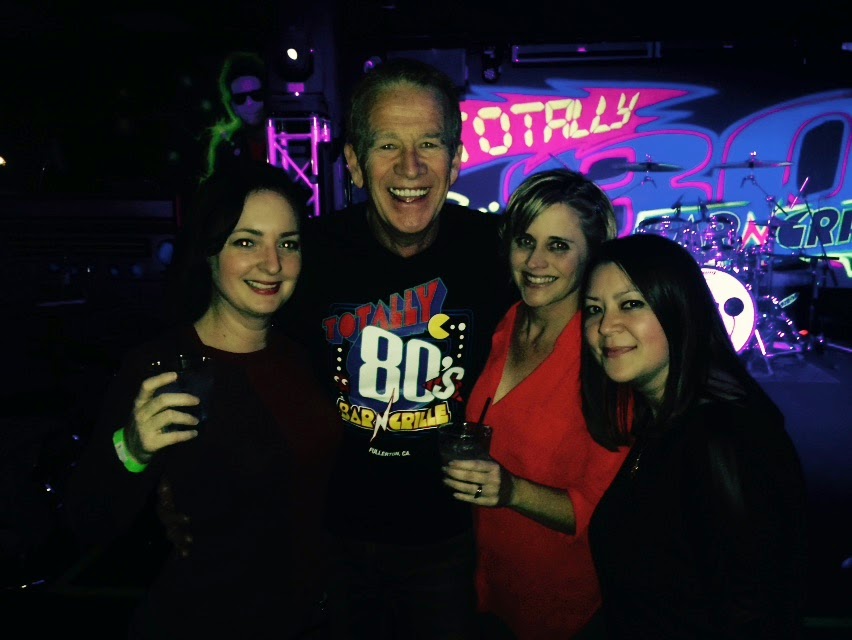 Another trip to Disneyland with some friends.  We also saw actress Caroline Rhea there - she was one of Sabrina's aunts in the TV show "Sabrina, The Teenage Witch" (picture - top right corner). 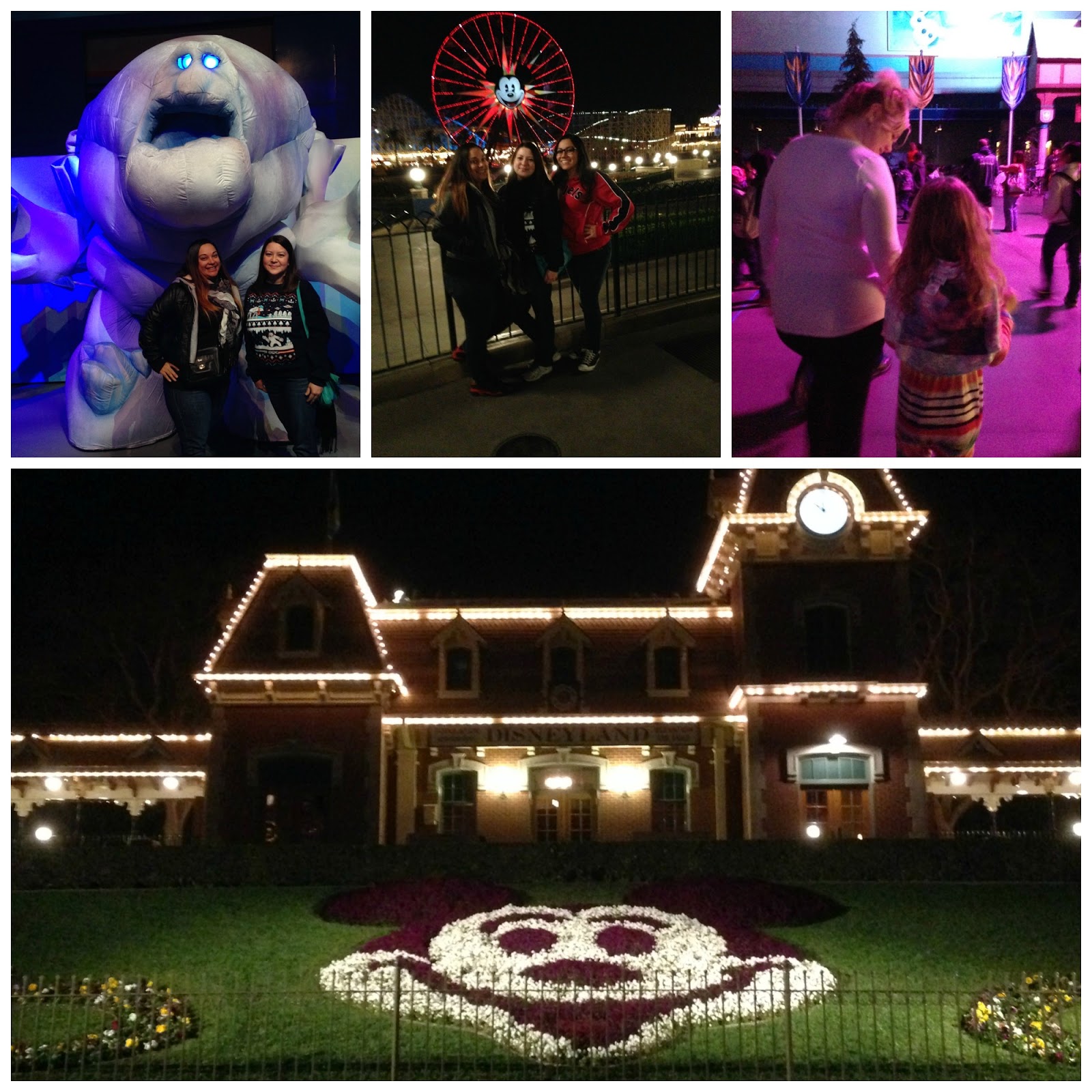 Oh look.  Another trip to Disneyland!  This time it was a family trip for my nephew's 14th birthday.  My brother came out from Idaho and we stayed at a hotel near the parks.  On this trip, we saw actor Brad Garrett who is best known for playing Raymond's brother on the TV show "Everybody Loves Raymond" (picture - bottom right corner). 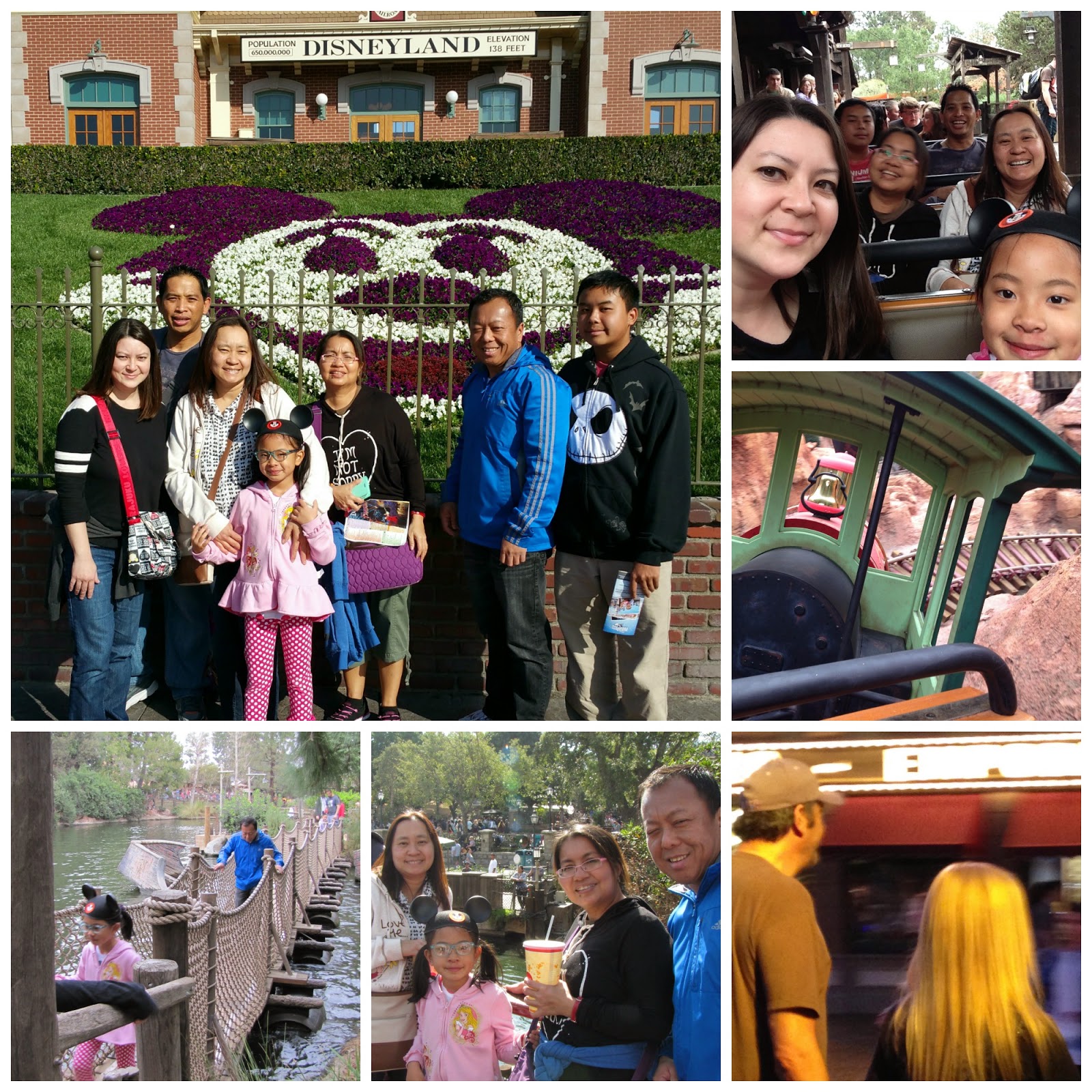 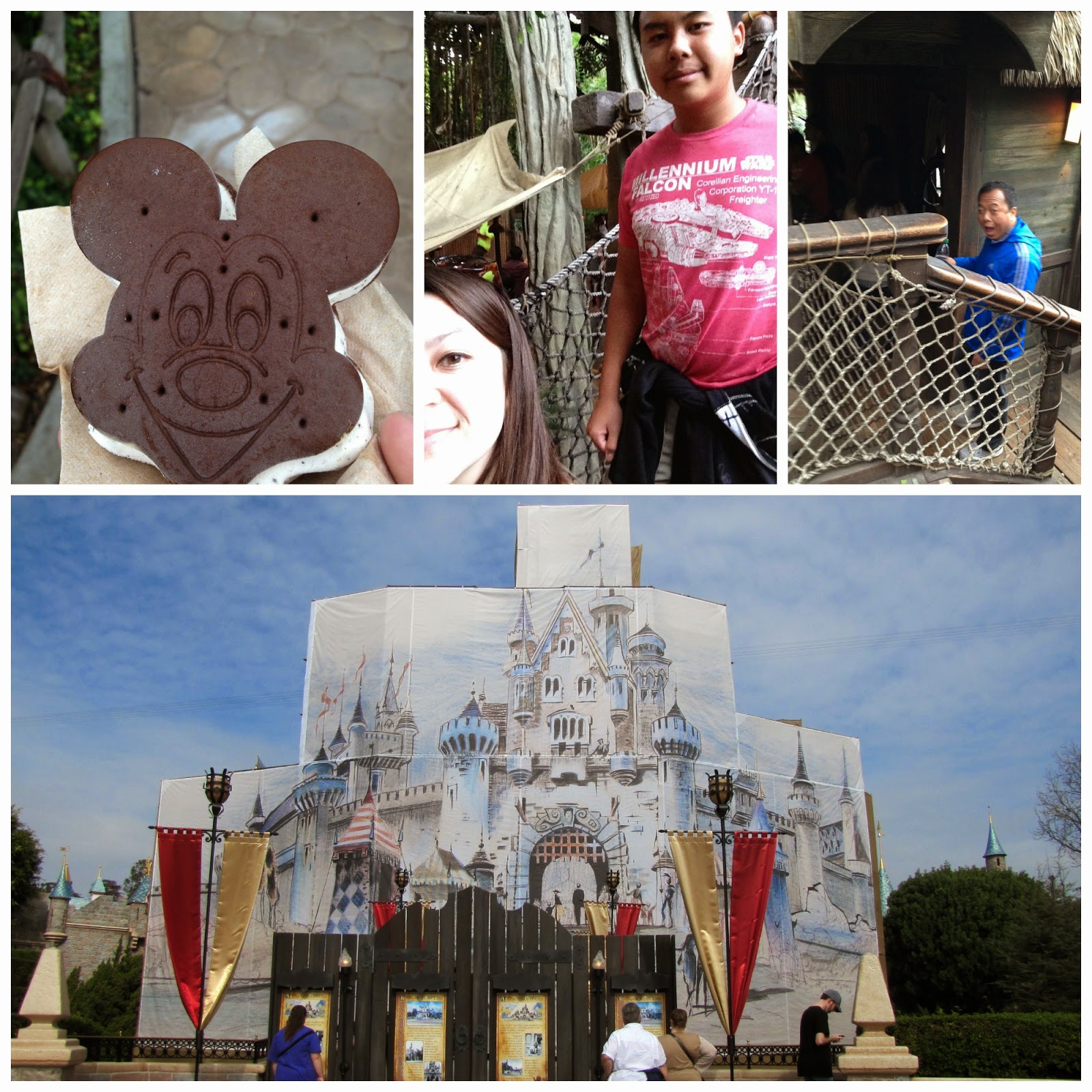 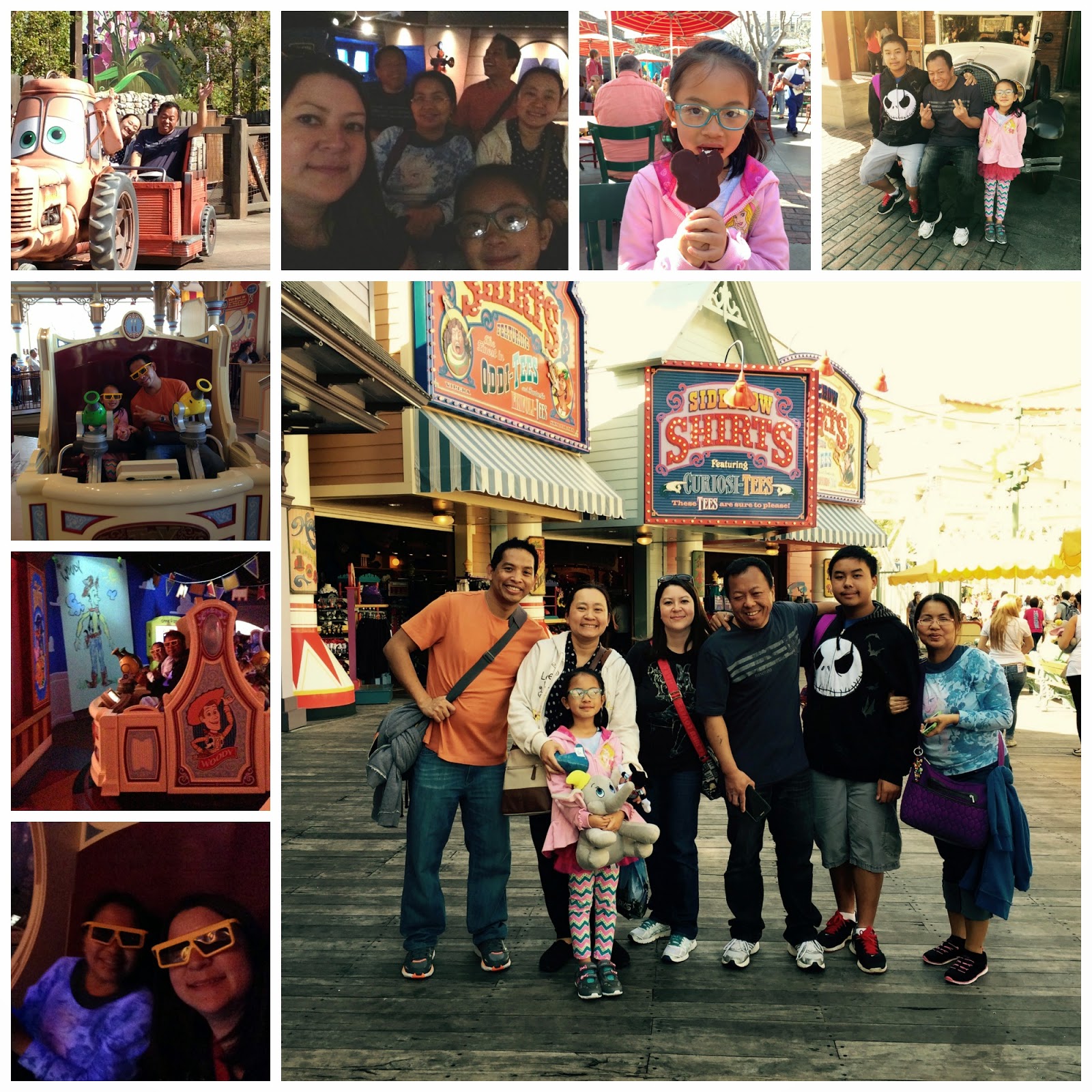 Disneyland had a special annual passholder event for my passholder "anniversary" - it was nice because it was after regular park hours, so it wasn't very busy.  They also brought out characters that aren't usually out in the parks anymore (Beauty & the Beast, Pocahontas & Meeko, Snow White & Prince Charming, several Villains, so the lines to get pictures with the characters were super long.  At least the lines for the rides weren't very long! 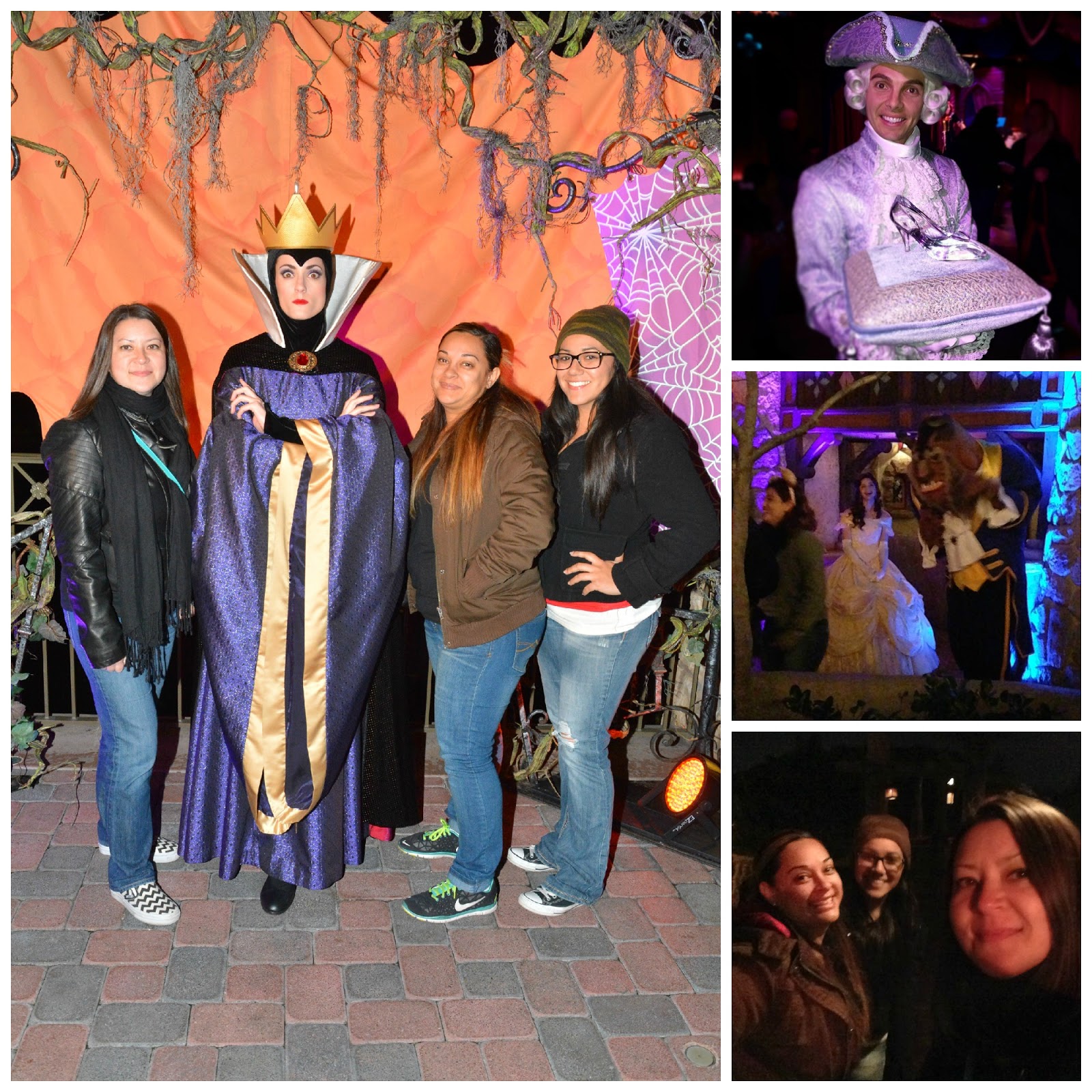 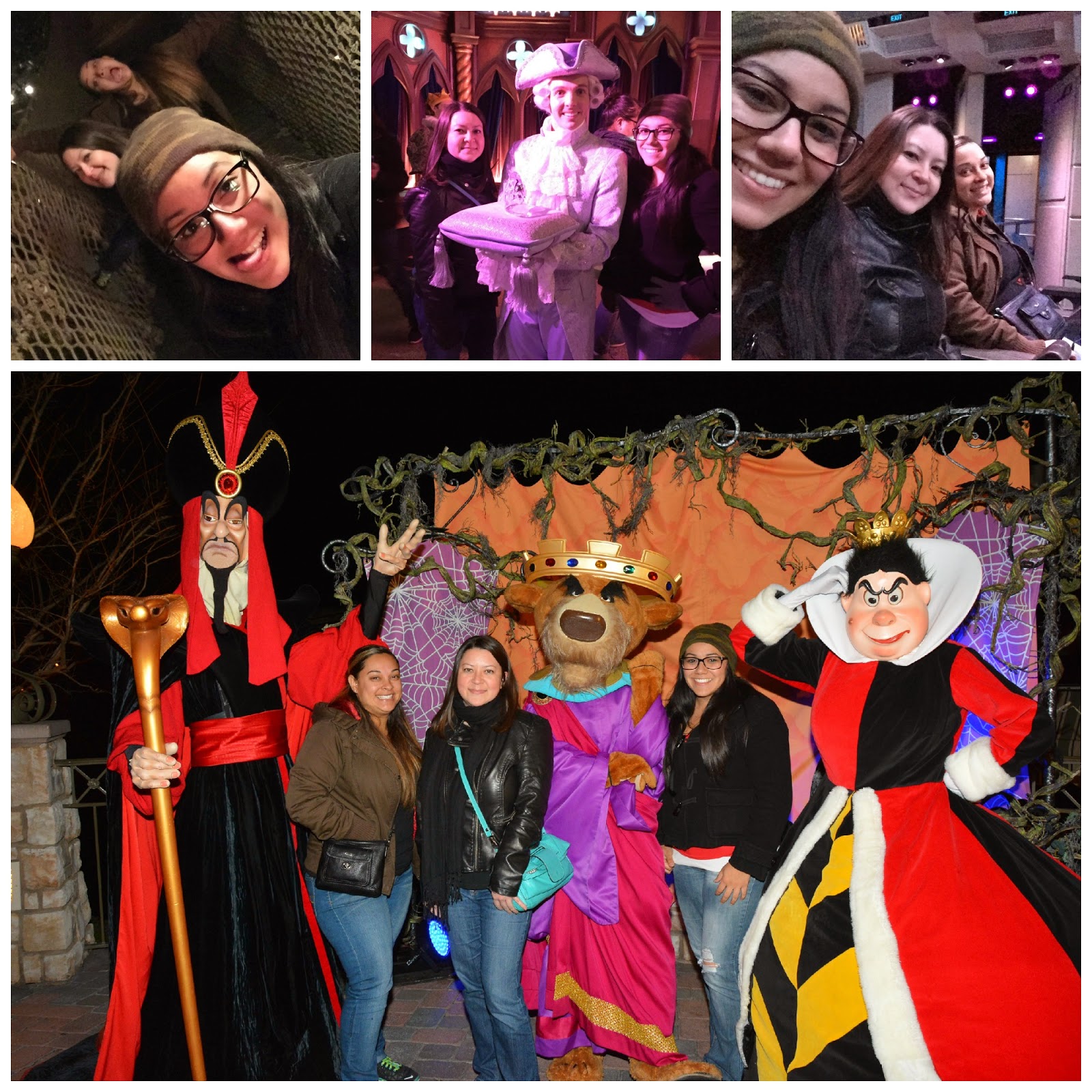 I told you this was going to include lots of Disney!  I took a few days off during my niece & nephew's Spring Break.  I took my nephew to Disneyland & met up with some friends who had also taken the time off.  The main reason for going is because my nephew and I like visiting the Inventions attraction & at the end of the month, it will be closing forever.  I know a lot of people found it boring, but we liked going inside on really busy days to get out of the heat and to look around at everything.  Unfortunately, the Dream Home was already closed and we could see that it was already being dismantled, but I was able to get some other shots inside.  I wonder where the Marvel Superheroes will be calling their new home?
Also, it was our very first time at trying the Dole Whip!  I know it's crazy since I go so much, but I tend to pass it up since there's usually a really long line.  But, it was really yummy! 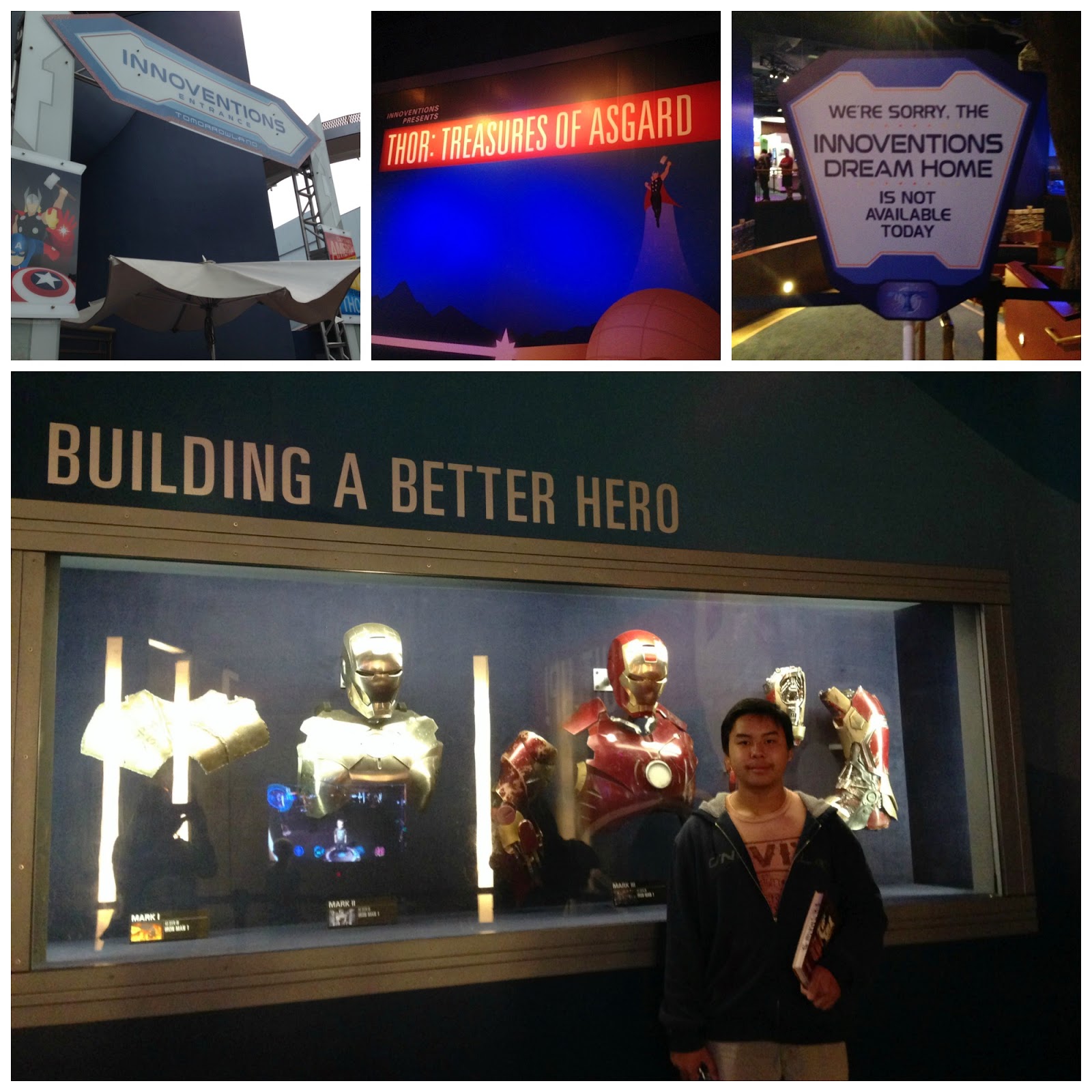 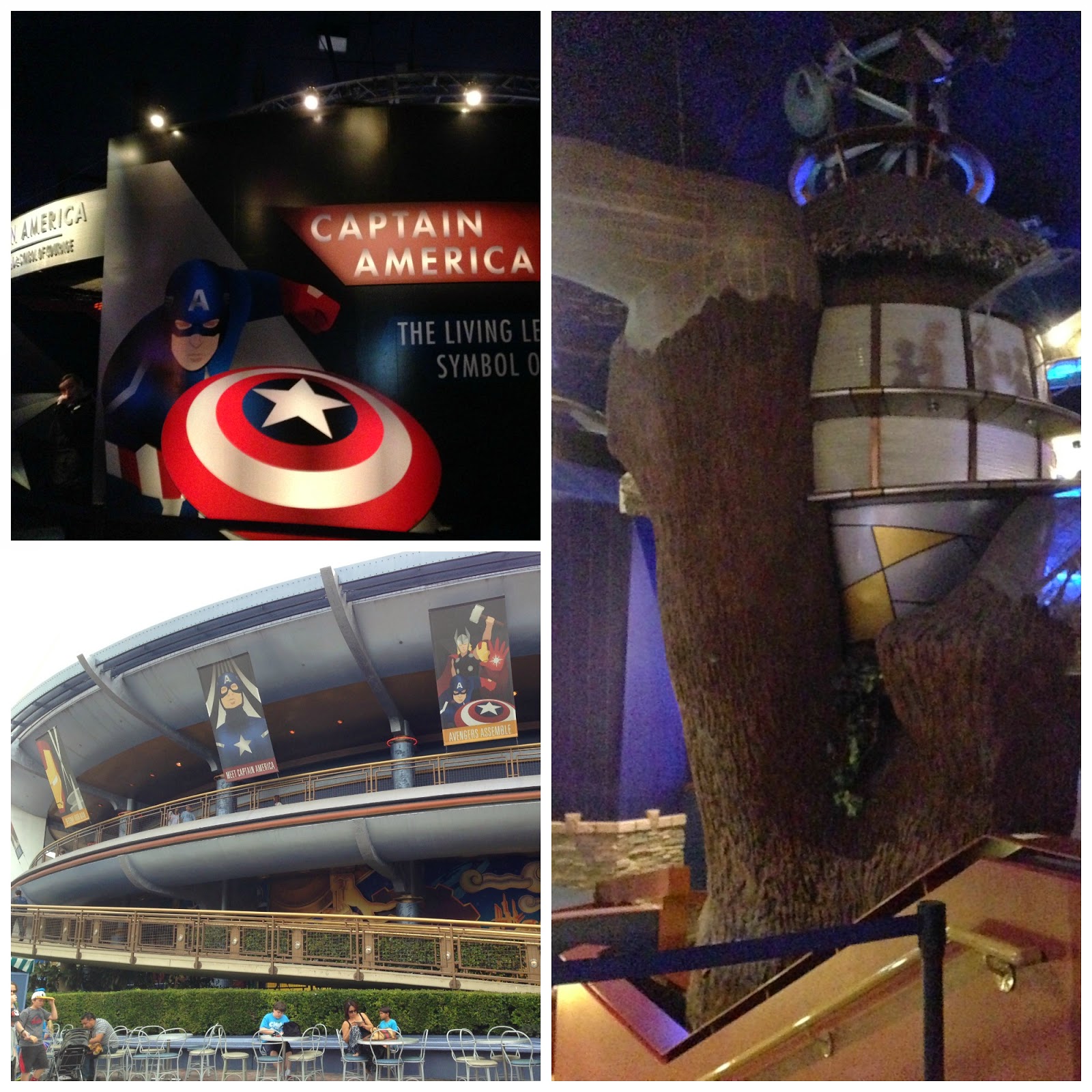 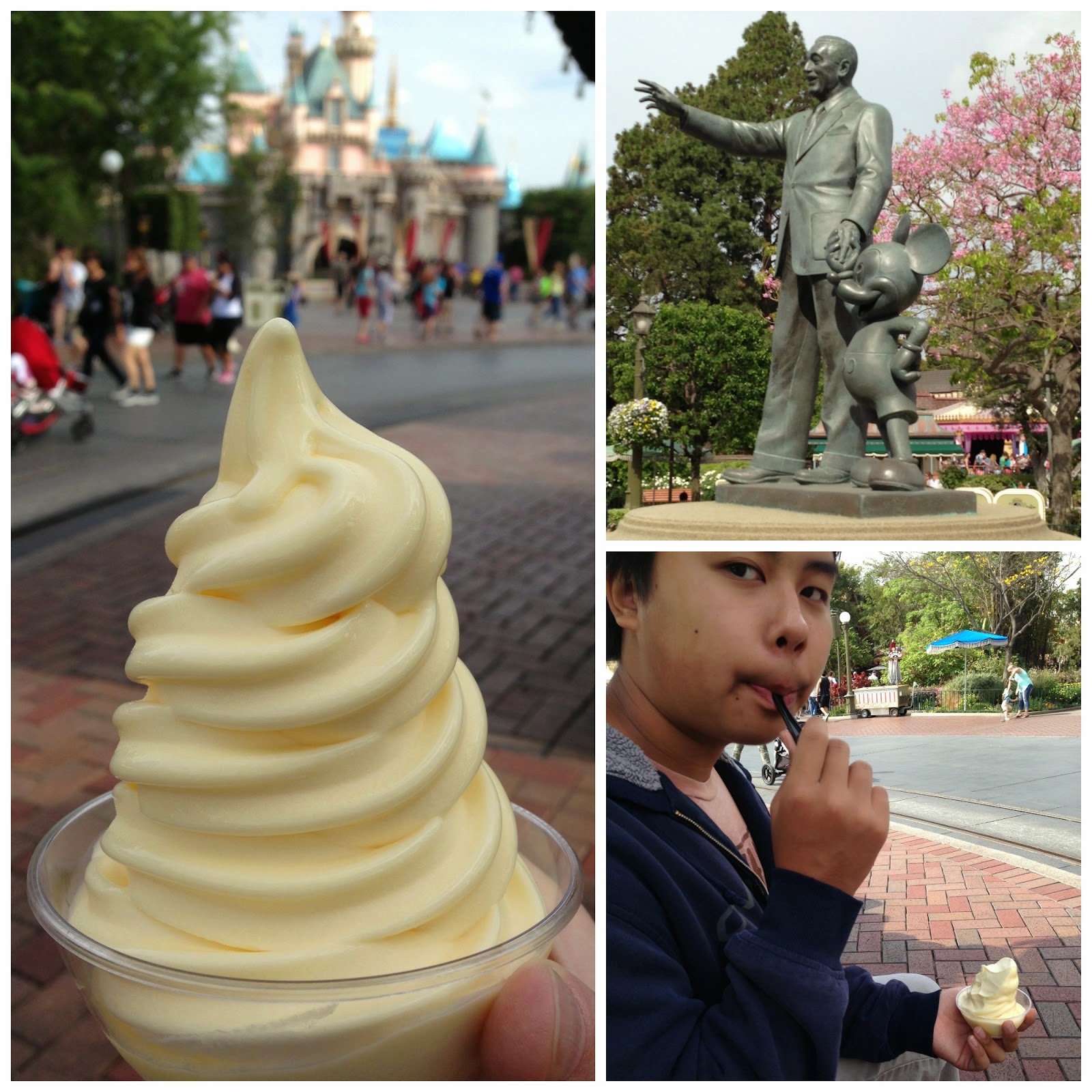 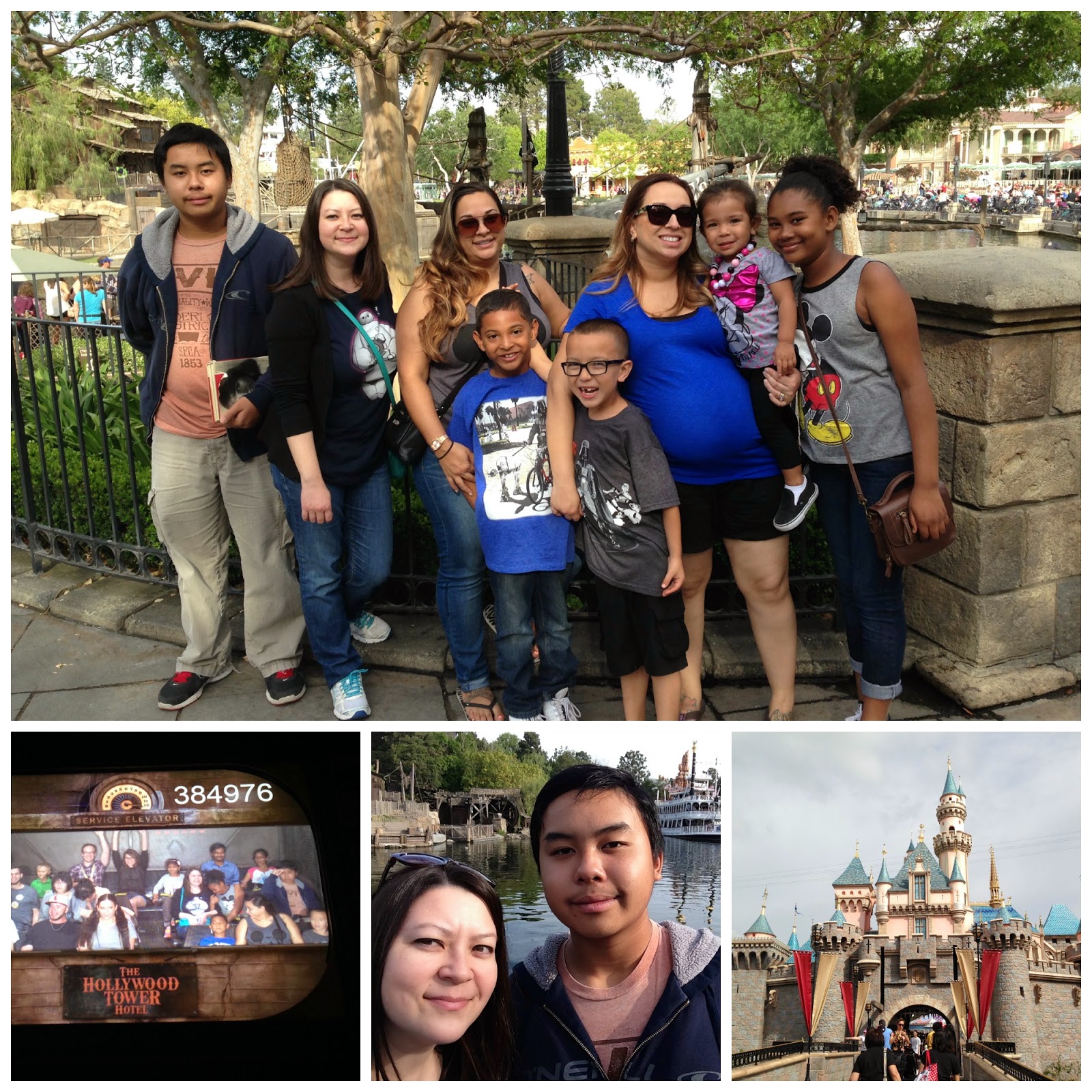 And lastly, I took my niece to see "Cinderella" at the El Capitan Theater in Hollywood.  Before the movie, Olaf came out to sing & dance to "In Summer".  My niece really loved that and she also loved the short film "Frozen Fever" - she's a huge "Frozen" fan.  We really enjoyed "Cinderella" and we loved looking at all of the props from the movie.  Seeing the Glass Slipper in person made me actually "ooh and ahh".  After the show, we went into the gift shop & Ghirardelli store next door and shared a Domingo banana sundae.  So yummy! 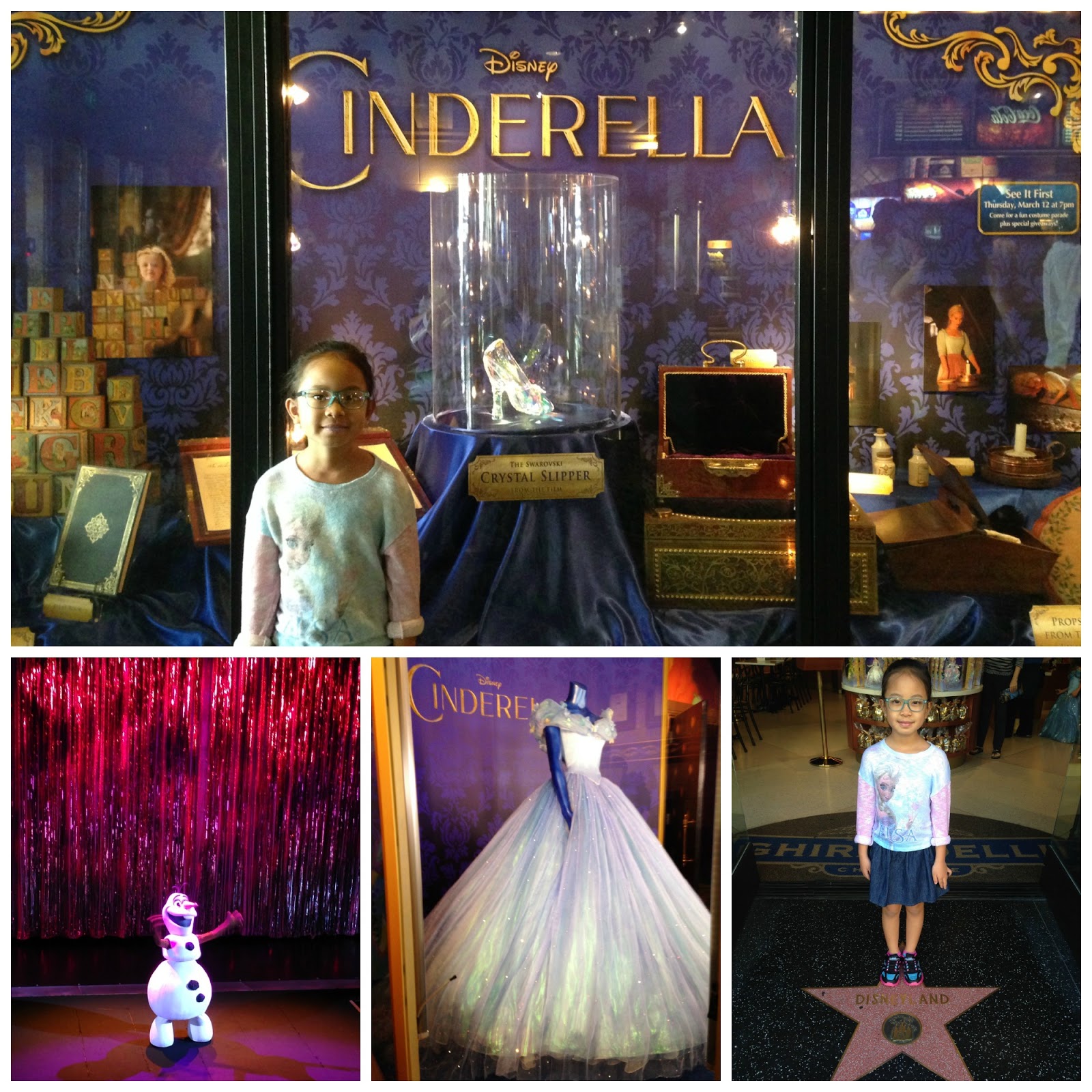 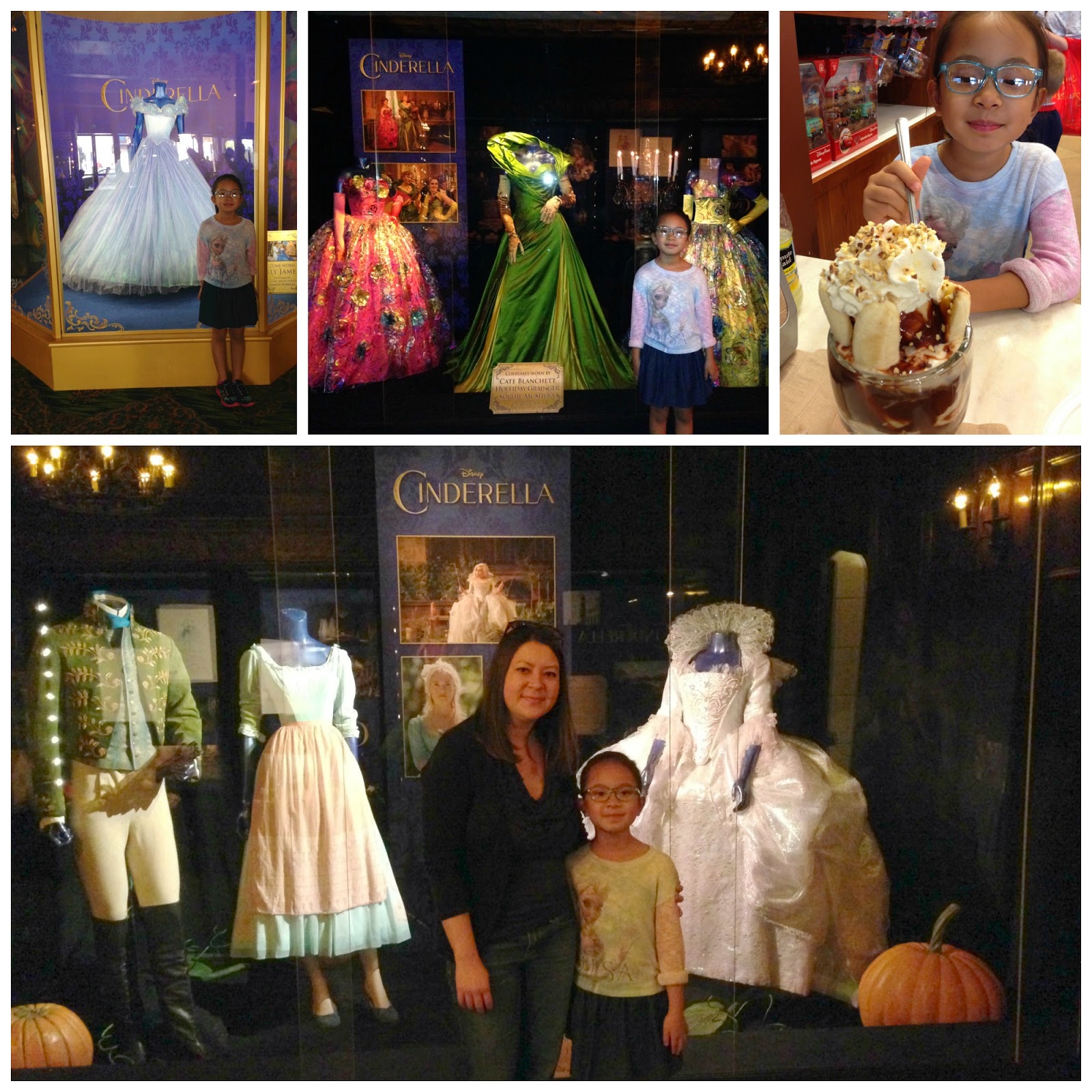 So, that was my winter (part of it anyway).  Lots of Disney, but also well spent time with family & friends.