***Repost***  I thought I would share this post again since it's one of my more popular ones this time of year...

After I made these cute Halloween jars (using this tutorial on this Not So Idle Hands post), I finished up a jar of pickles leaving me with another empty jar that I could make another one with.  But, I had to figure out what I wanted for it to be.  Then, I had the great idea to make a Jack Skellington one! 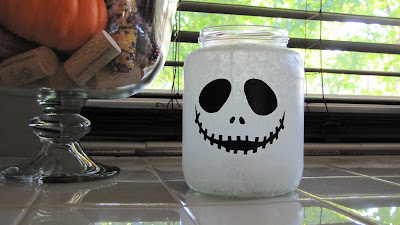 I drew out Jack's face & cut the pieces out of black card stock.  Then, I Mod Podged them onto the jar, right on top of the white tissue paper.  Here is the template for his face: 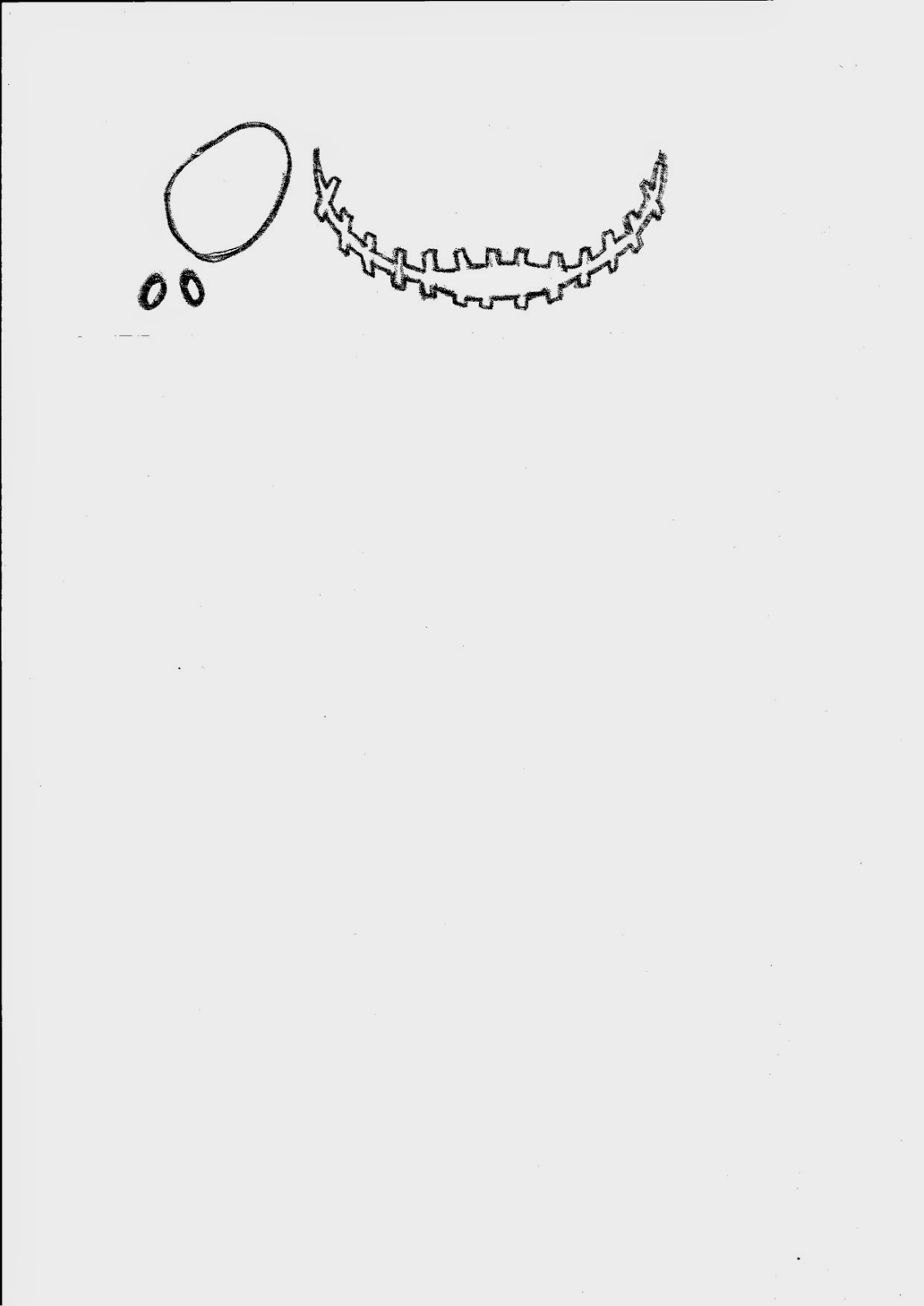 I am using flameless tealights that I got at the Dollar Tree (3 for $1), but that's just because I didn't have any string lights handy that I could use in them (they look much better with the string lights). 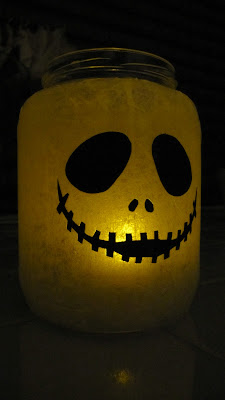 I think his eyes need better placement, but it was too late since the glue was drying and I would have ripped the paper.  I think he still looks good, though!  With all of the different facial expressions that Jack makes, I may have to make more of these for next Halloween.  Guess I'll have to start eating more pickles! 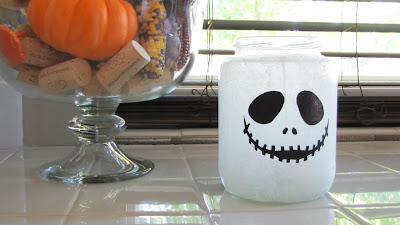