Rock Your Disney Side 24 Hour Event

How is it already the end of May?  Time is going so fast and summer will be here before you know it.  Today, I'm sharing another Disney post...

This is the 3rd year in a row they've done this (I think), starting in 2012 in honor of Leap Day.  This was my first year participating, but I wasn't there for the full 24 hours - I'm too old for that!

We decided at the last minute to go, so after we got off work, we headed down to Disneyland.  We received a special treat for being Annual Passholders and carpooling with 4 or more people.  Score! 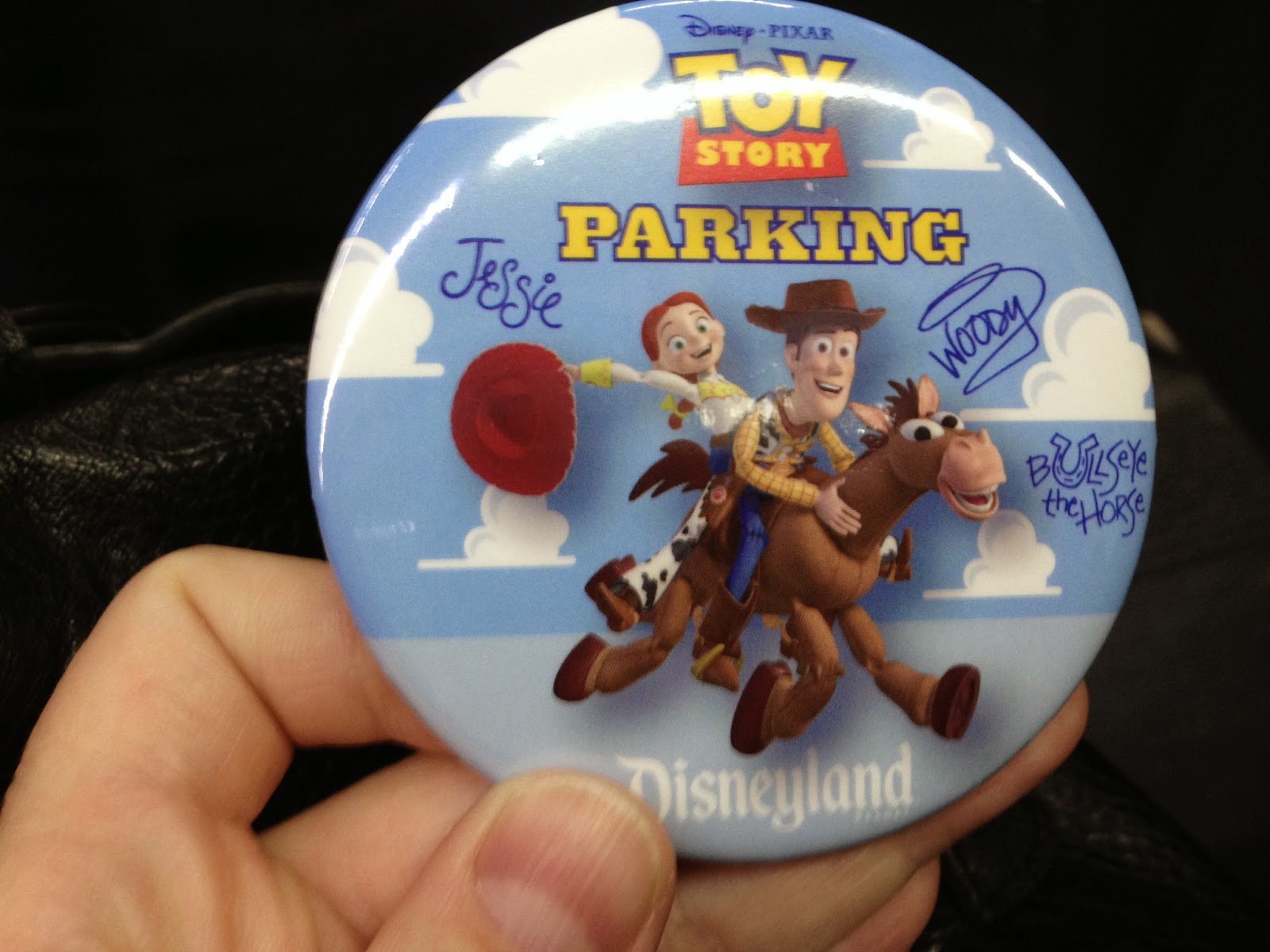 In the promenade area between both parks was an Olaf sand sculpture - so cute! 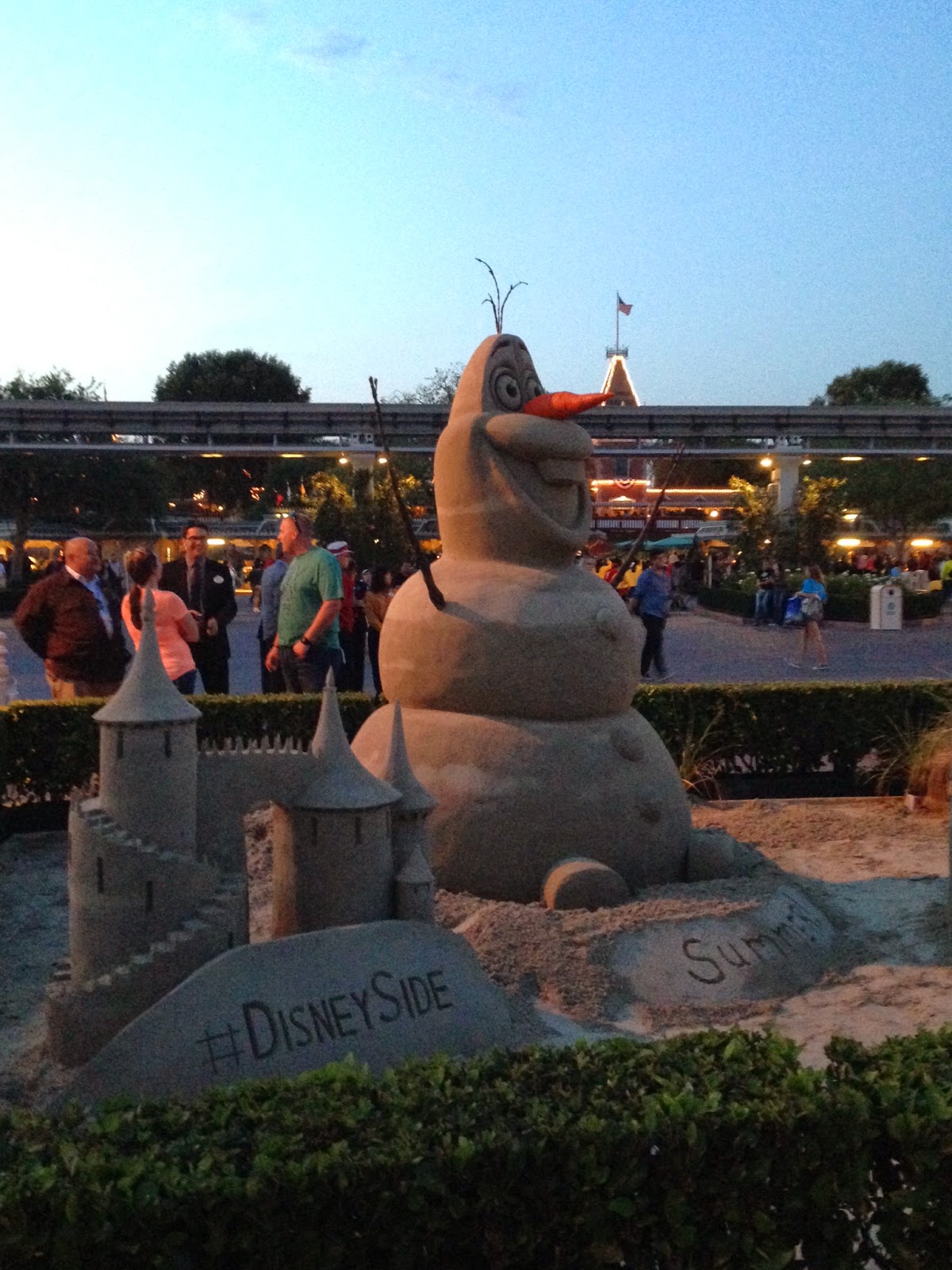 After walking into the park, we got another treat - this button to promote the new "Maleficent" movie that is coming out next week.  (I already have my tickets to see it next weekend at the El Capitan, so stay tuned for an upcoming post about that!). 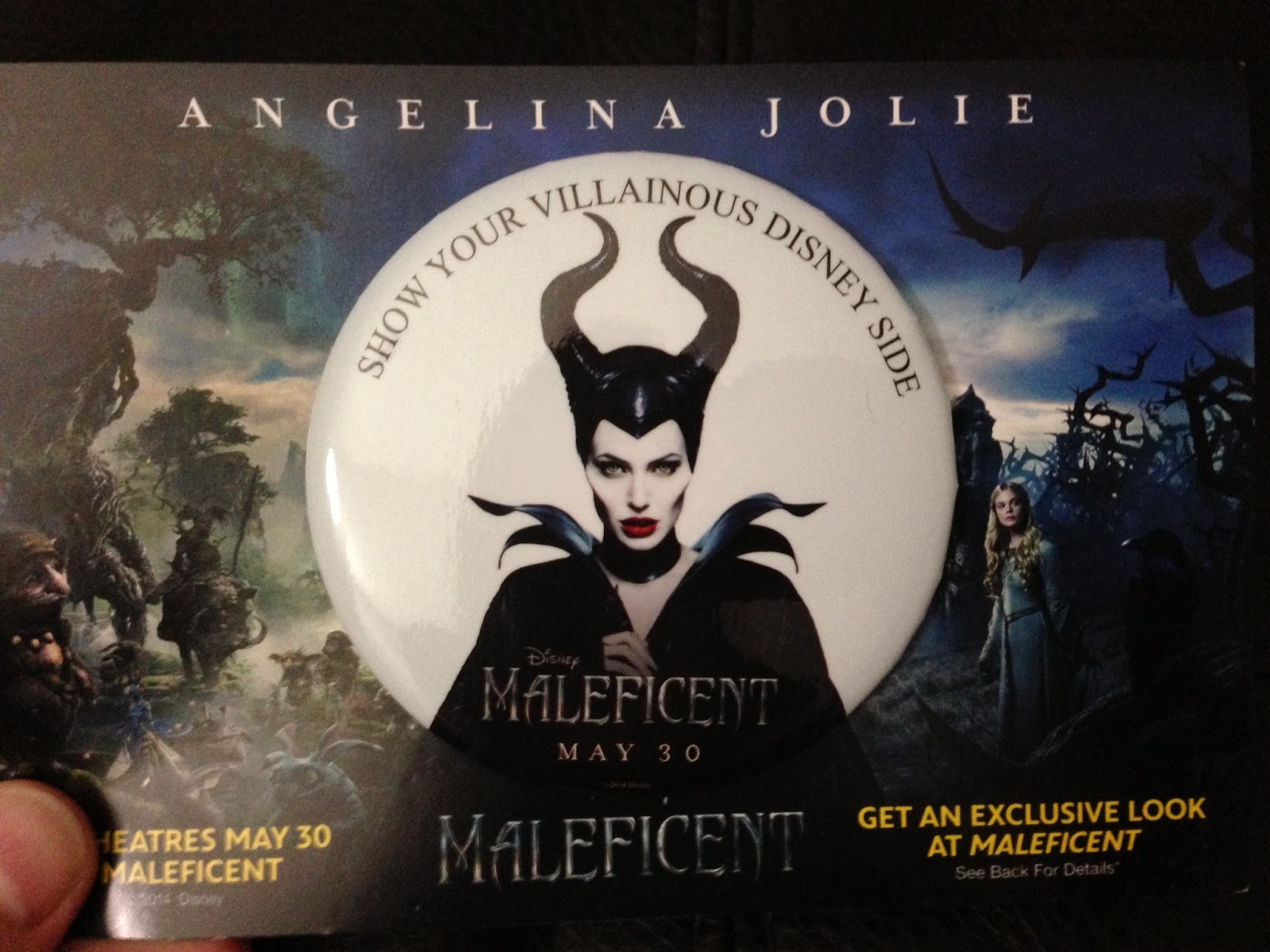 We only went to Disneyland and didn't make it over to California Adventure and by the time we got there (about 8 or 8:30pm), it was busy!  (And it got even busier after midnight!)  My friend had a special Fastpass that worked for our whole group, so that helped a lot!  Most of the regular Fastpass times weren't until after 2am and with her special Fastpass we were able to get on the rides within an hour.  Sweet!

The first ride we went on was Big Thunder Mountain.  It was my first time I had ridden it since it reopened this year and it was great!  It's a much smoother ride now!  (They really need to make the Matterhorn track smoother!). 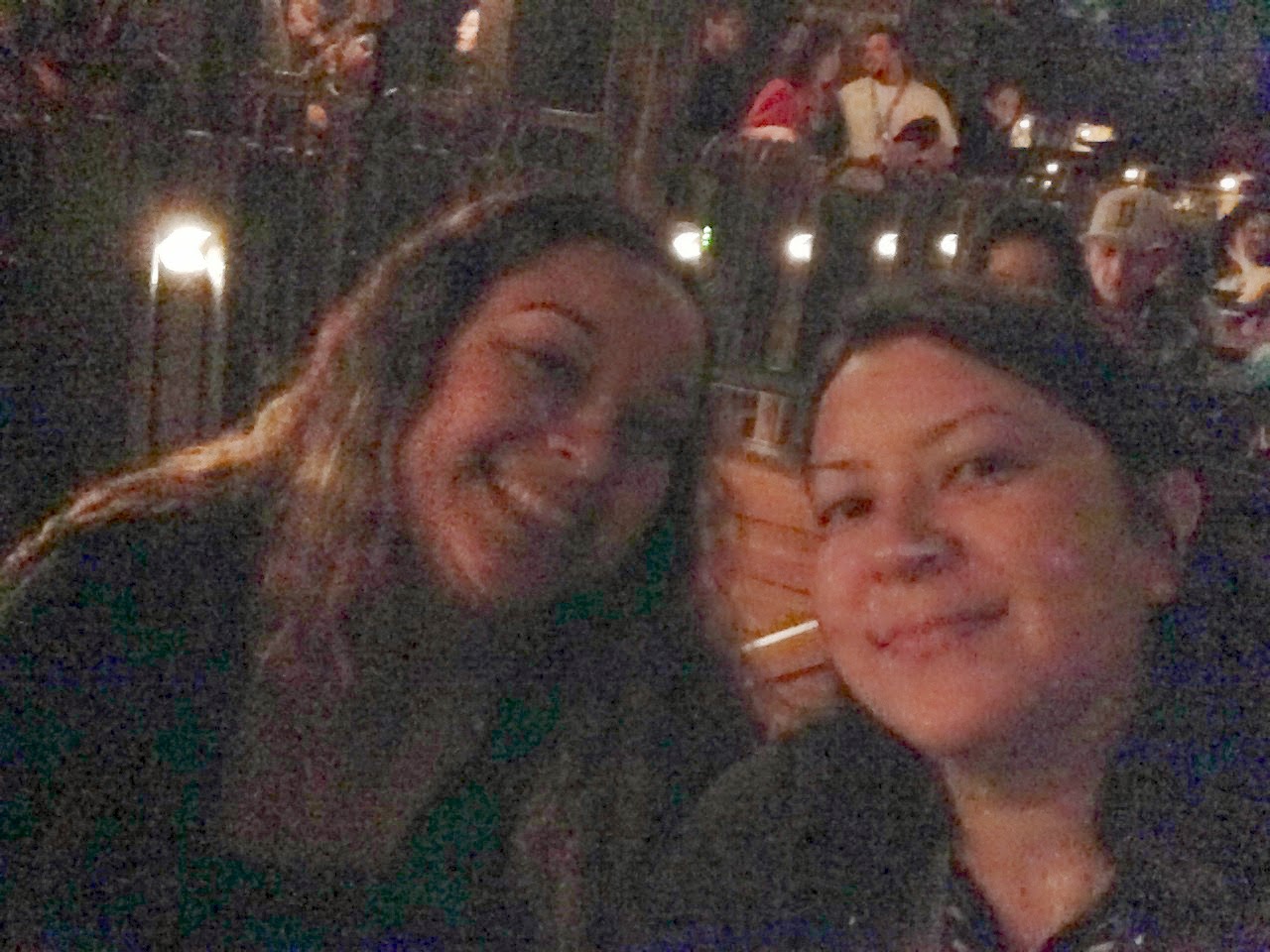 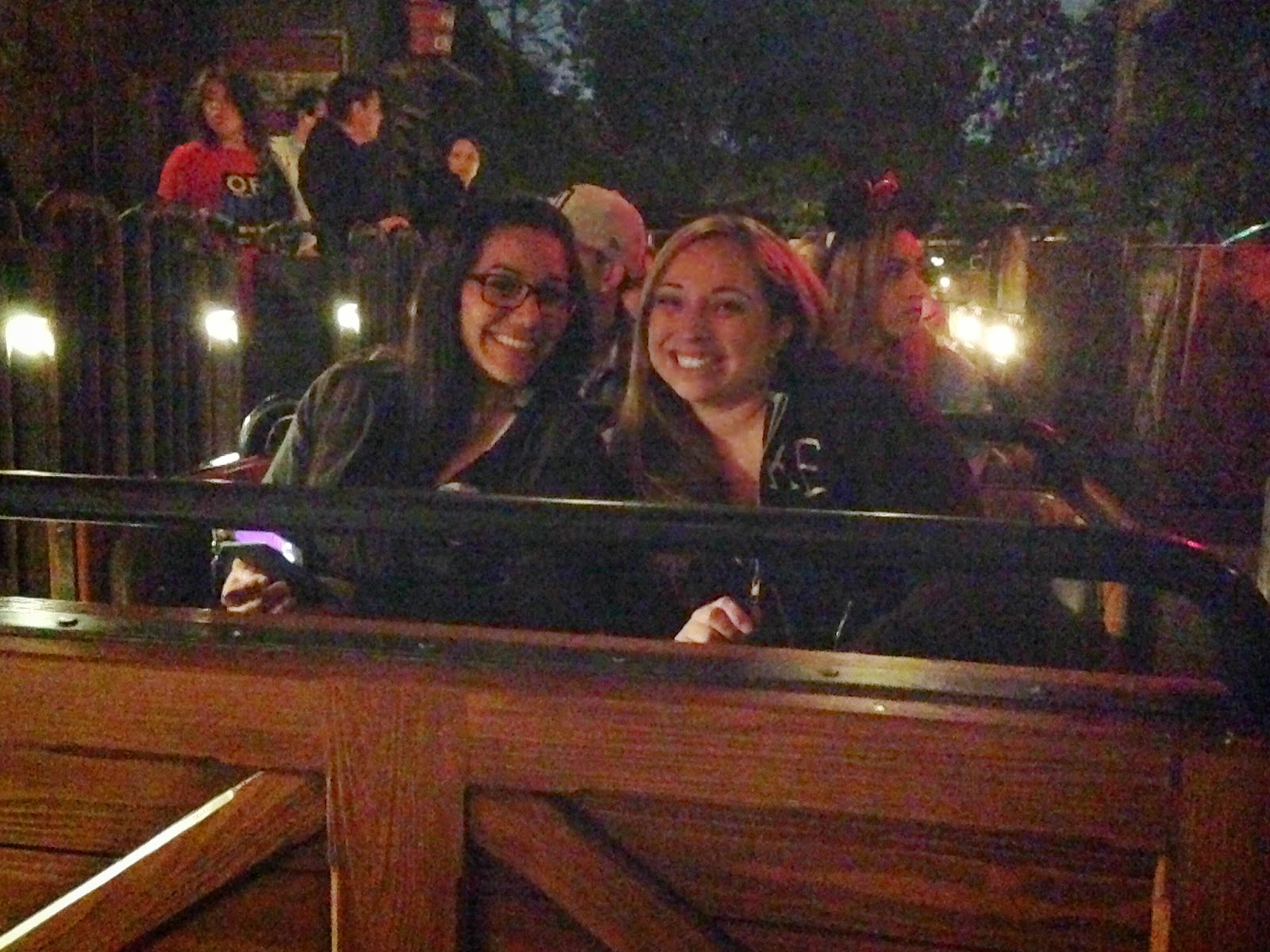 Star Tours was only a 20 minute wait while the fireworks show was going on. 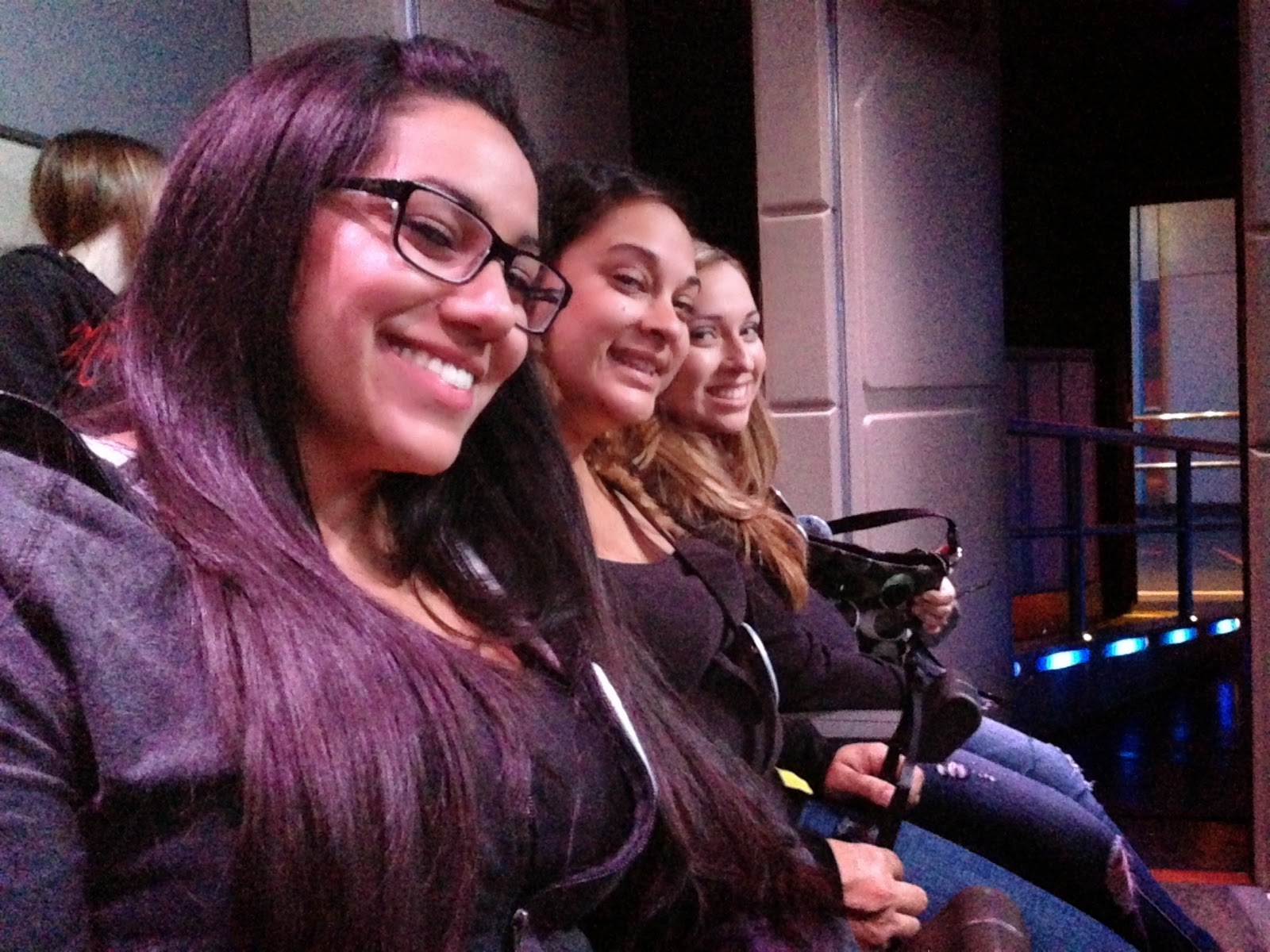 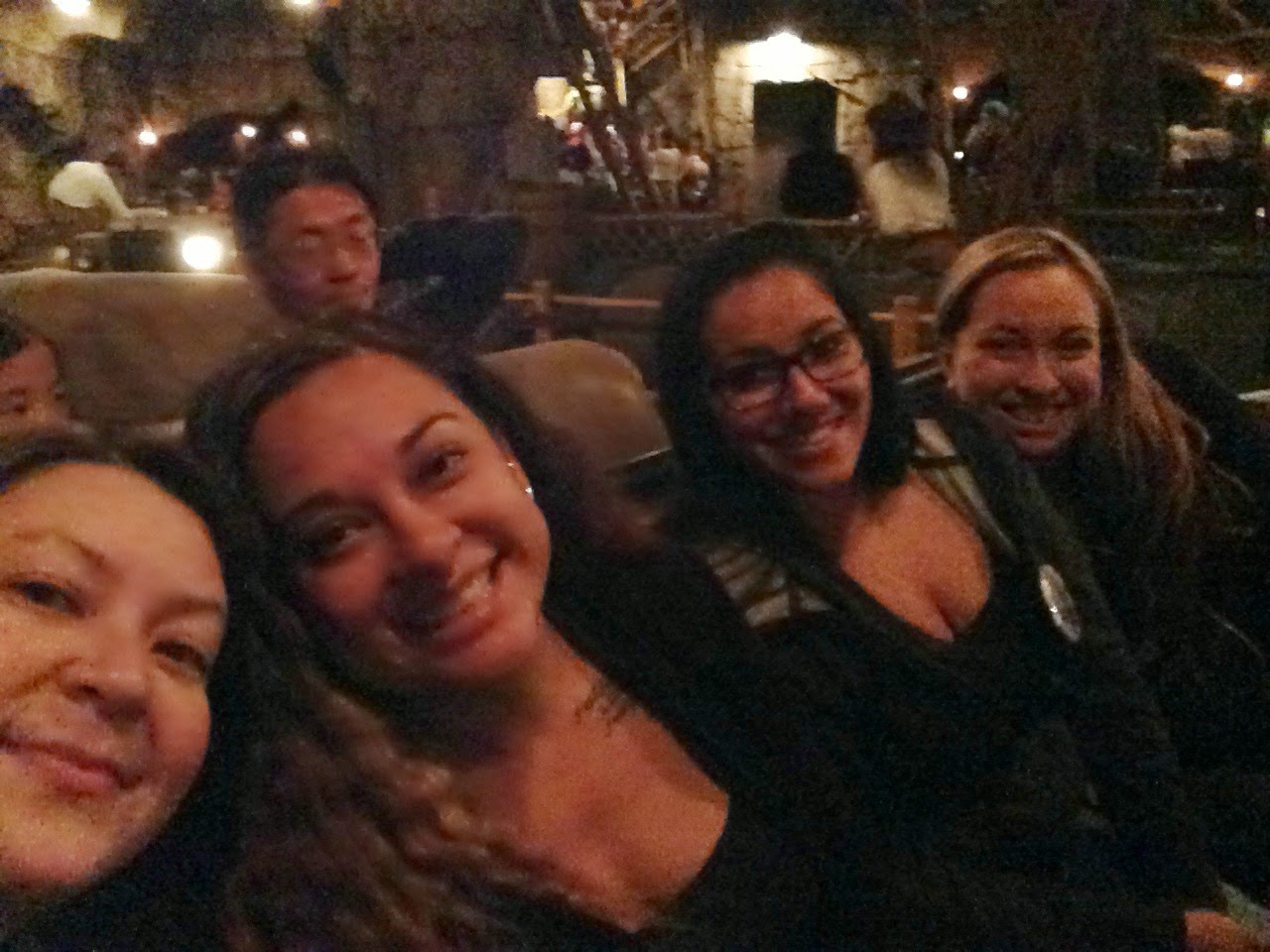 They had a stage & DJ set up in front of Sleeping Beauty's Castle, which was a great way to keep the energy going throughout the night.  A lot of people came dressed up as their favorite Disney characters.  My favorites were some guys dressed up as the Hitchhiking Ghosts from Haunted Mansion - I wish I would have gotten their picture! 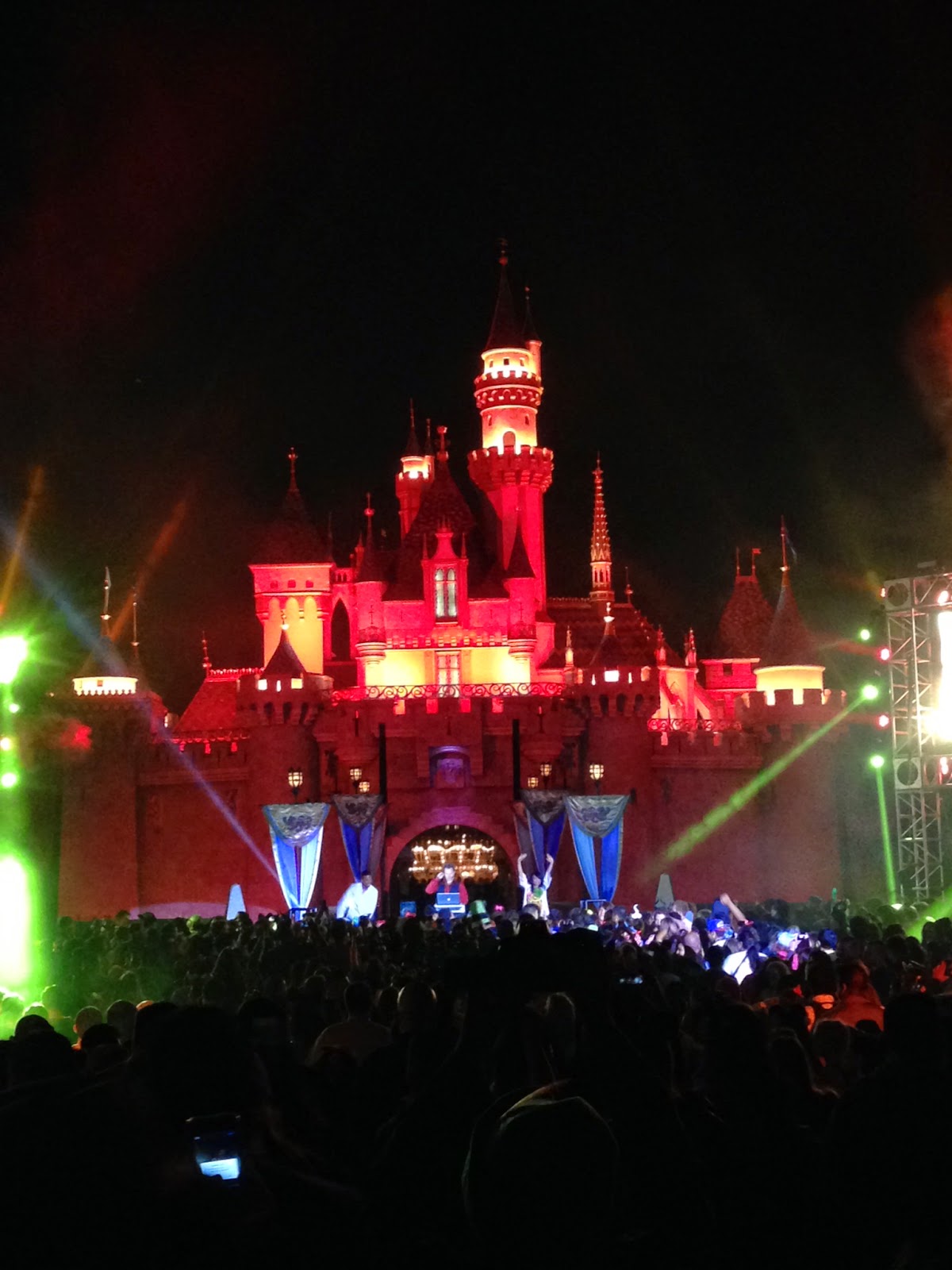 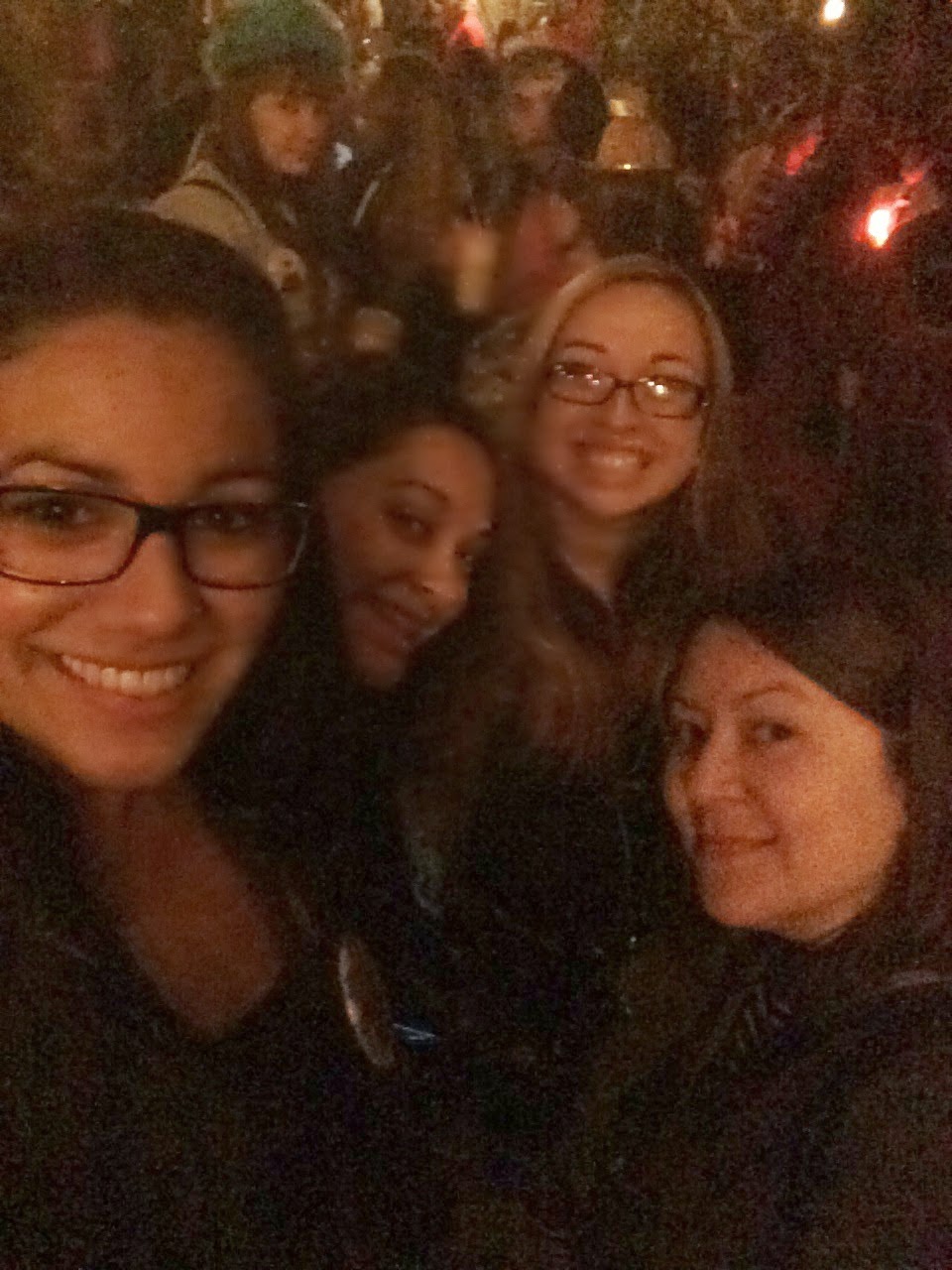 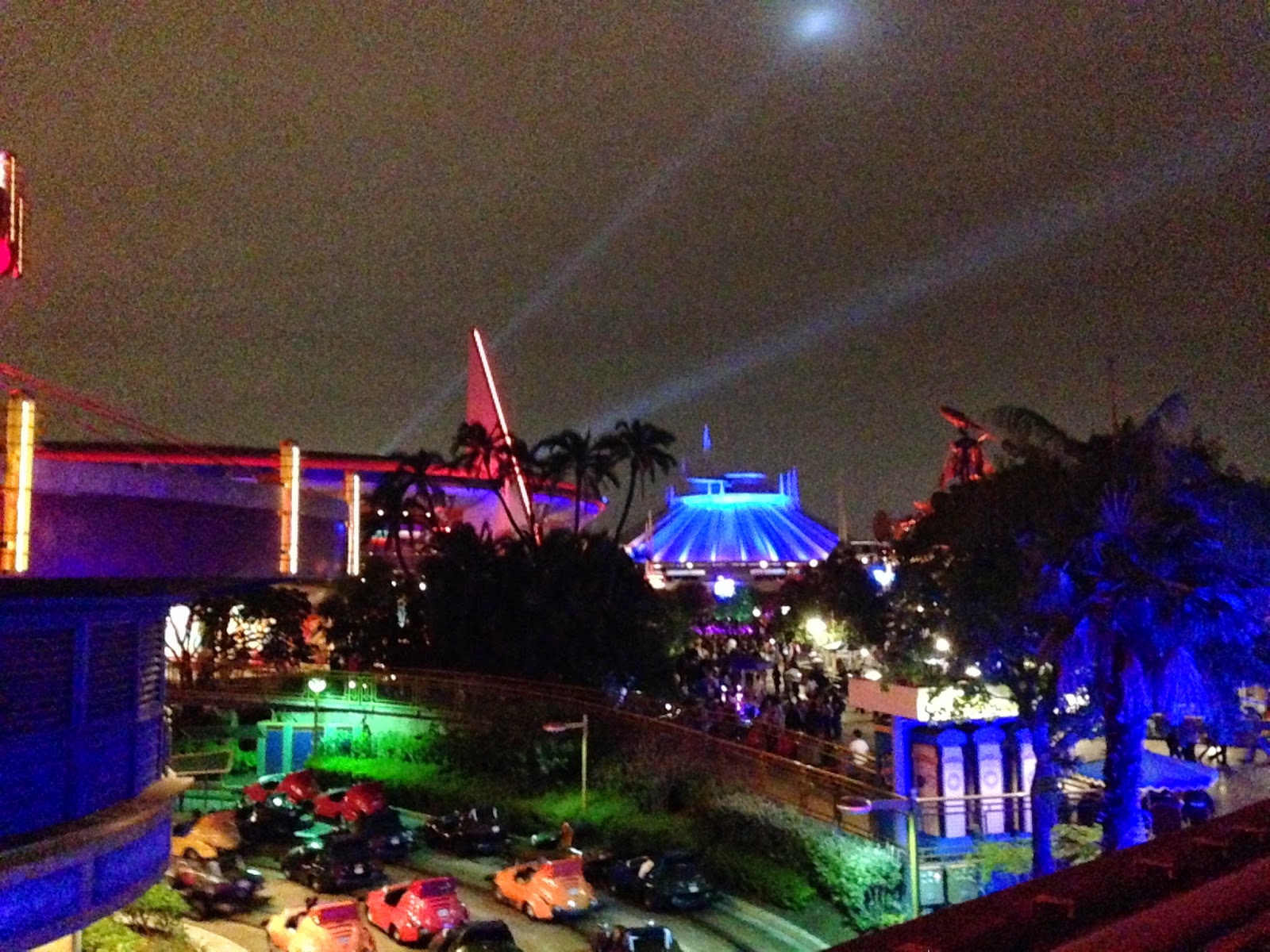 Our final ride for the night was Space Mountain... 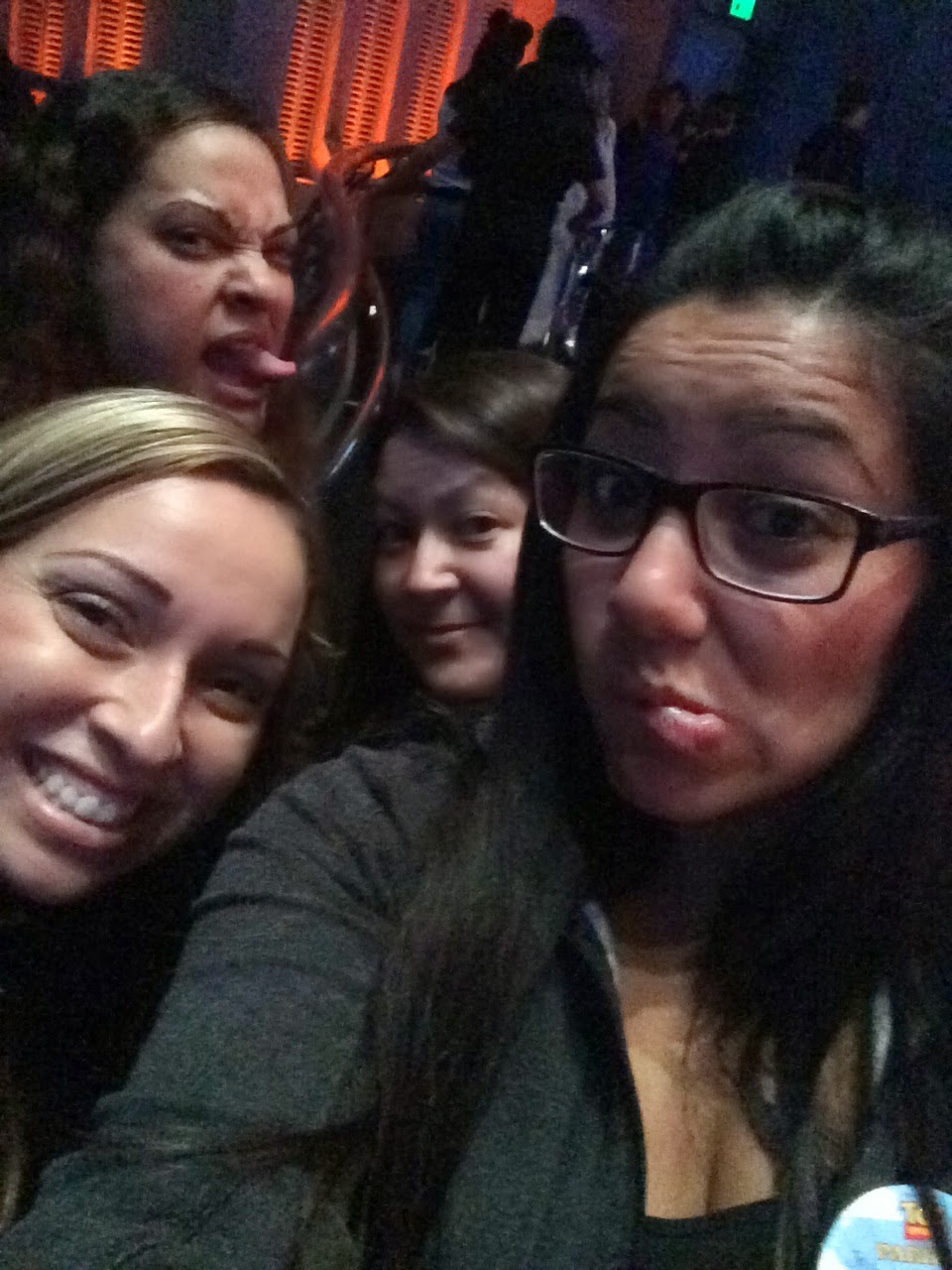 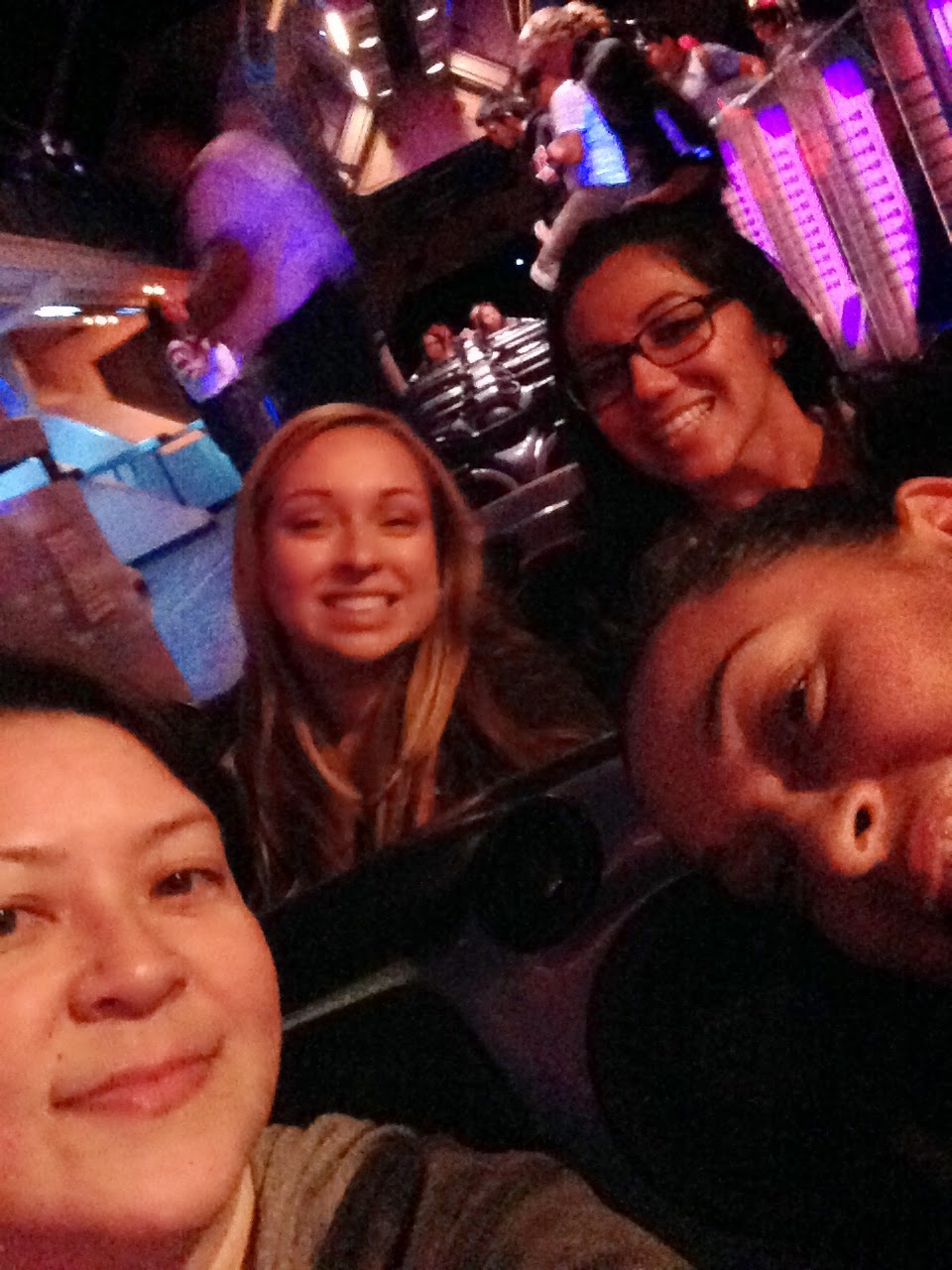 One of my friends needed to be home by 3am, so we left the park at 2am and didn't stay until 6am.  But, that was fine - I was so tired and pretty much didn't have a voice by the time I got home.  Also, since this was planned last-minute, I didn't have my good camera, proper shoes, a jacket (had to borrow my friend's hoodie), etc, but we had so much fun!   I hope to do it again next year!