Adventures in Fixing The Back Fence: Part 1

I've never really shared much of my backyard before.  It needs a lot of work and I'm not ready for it yet.  There's lots of other things that are a priority over it, but eventually one day it will be done.

There's a city sports park that's on the other side of my back yard.  The previous homeowner's had a gate put in on the back fence when they had new fencing installed on the property.  This gave quick access to the sports park (I never used it because I didn't like the fact that anyone could get into my backyard if they wanted to, plus the gate was hard to open).  Well, apparently that gate is not up to code because in early April, I received a letter from the city stating that I had 30 days to replace the gate with regular fencing.  Oy vey.  So, I called on big brother to help me take care of it.

He came over on a weekend and we assessed the situation.  When we opened the gate to look at the other side of the fence, to my surprise, I noticed that one part of the fence was leaning over into my back yard.  I never even noticed it because it was covered by some foliage! 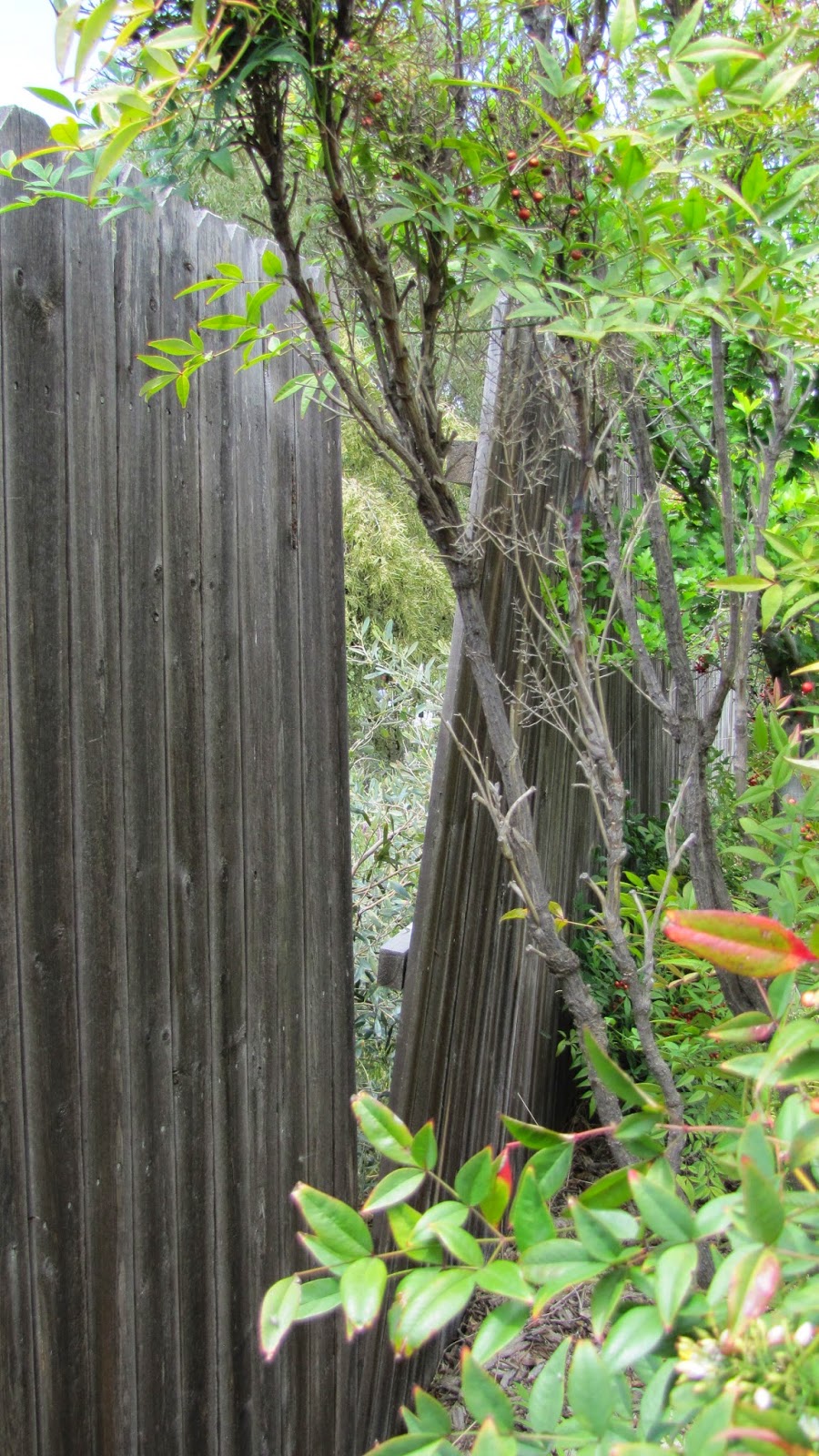 That was an easy fix - my brother just reached over the top and screwed the board back into the brackets on the metal poles. (wedgie alert!) 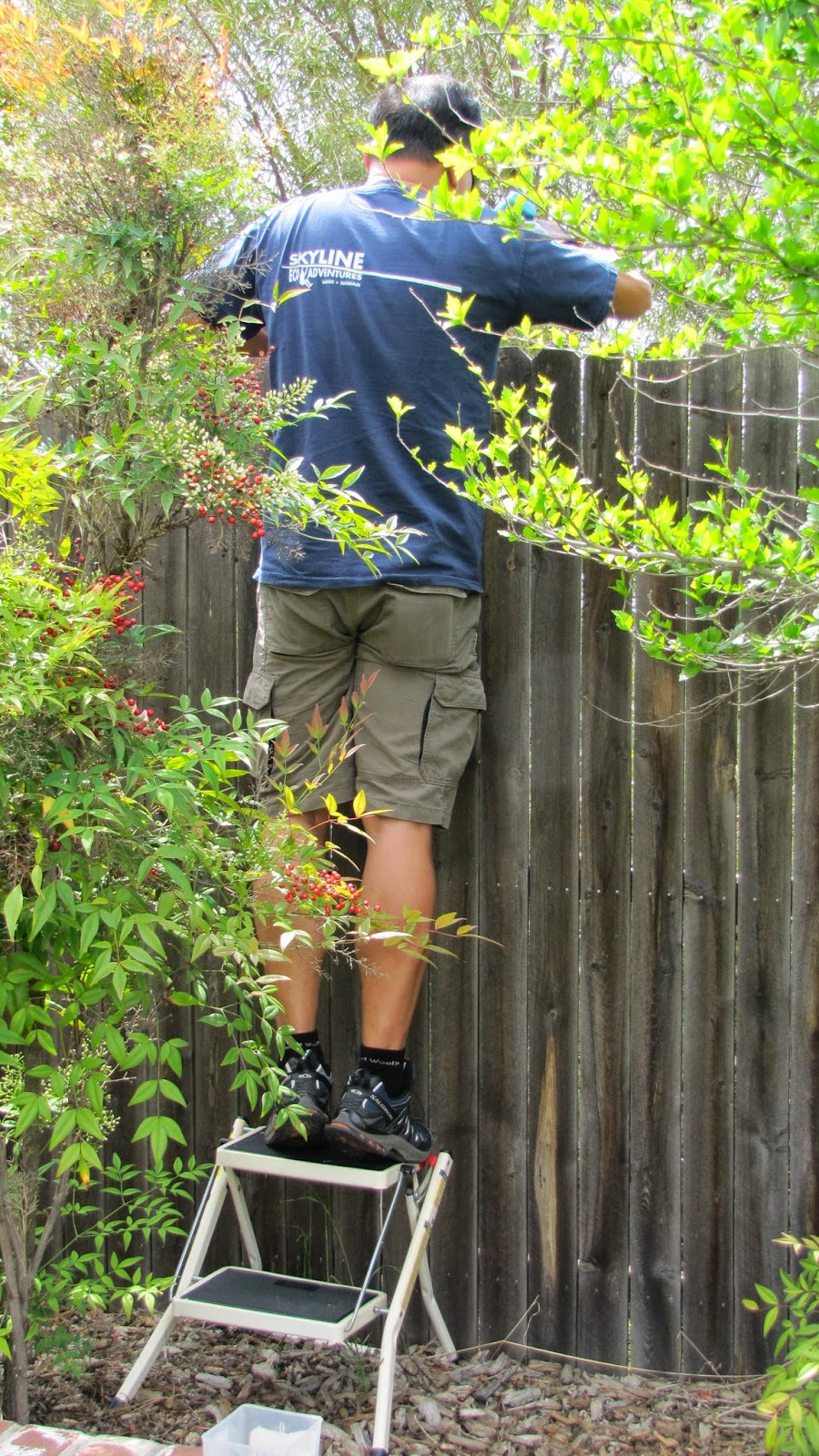 We then discovered that on each bracket, whoever had built the fence skimped out on screwing in all 4 screws and only used 2!  That's why that fence was leaning over - when the screw came loose, there weren't any other screws to back up the loose one.  So, my brother screwed in screws into any missing spots and made sure to tighten all the other ones. 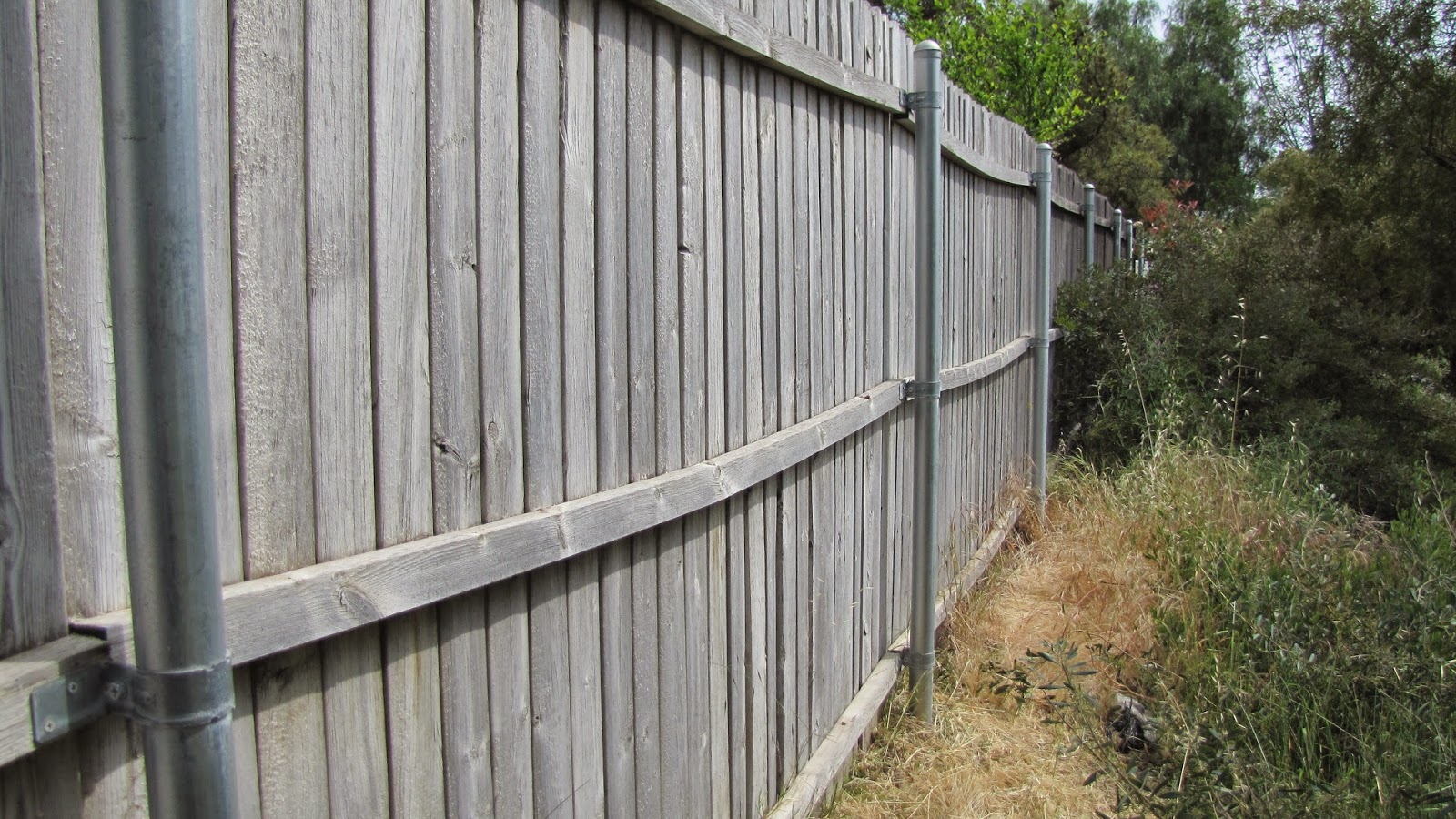 Now, on to the gate. 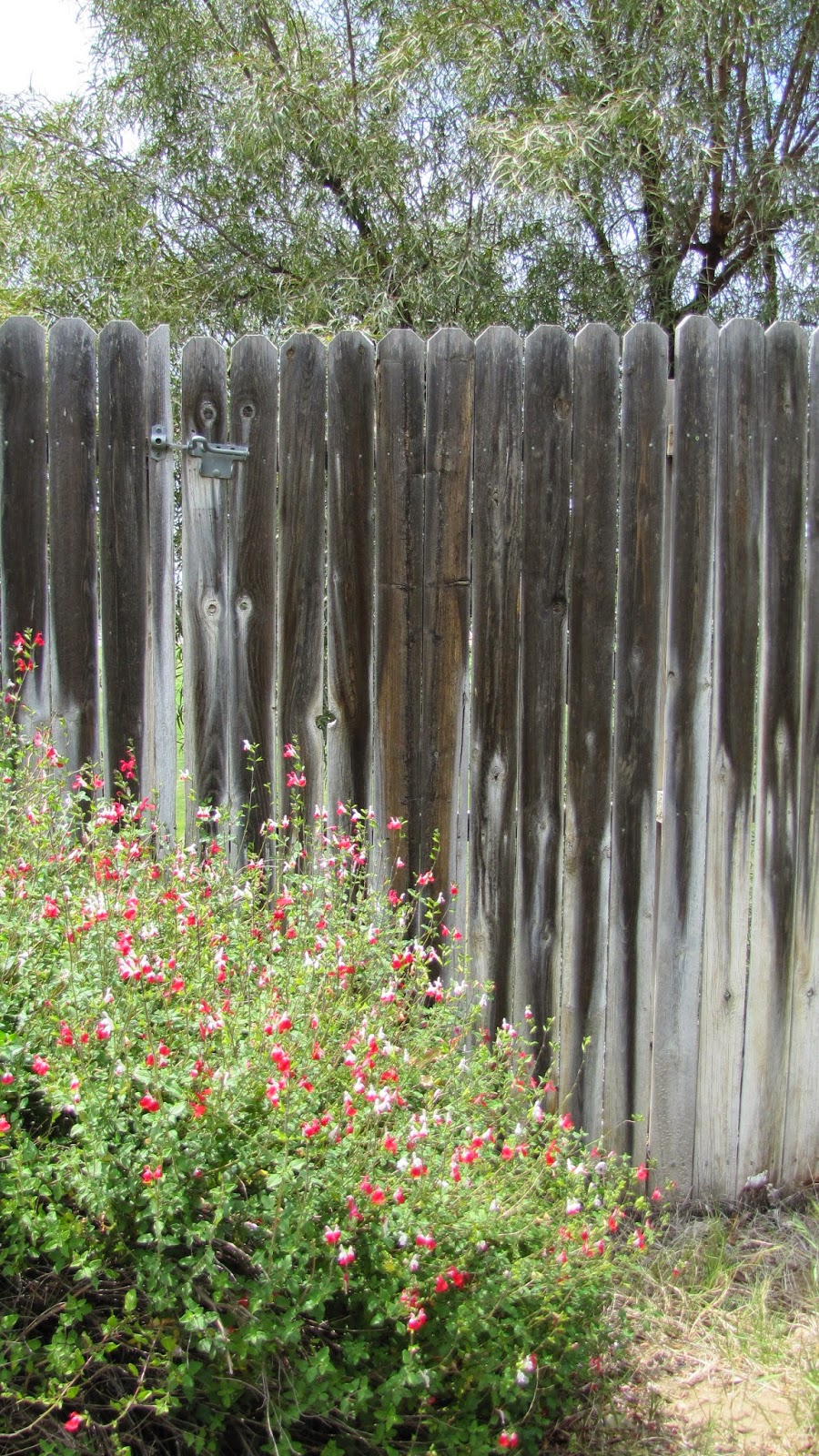 He took the latch and hinges off the door.  He also took out the boards that the latch & hinges were attached to.   Once those boards were removed, we could really see just how rotted the wood became. 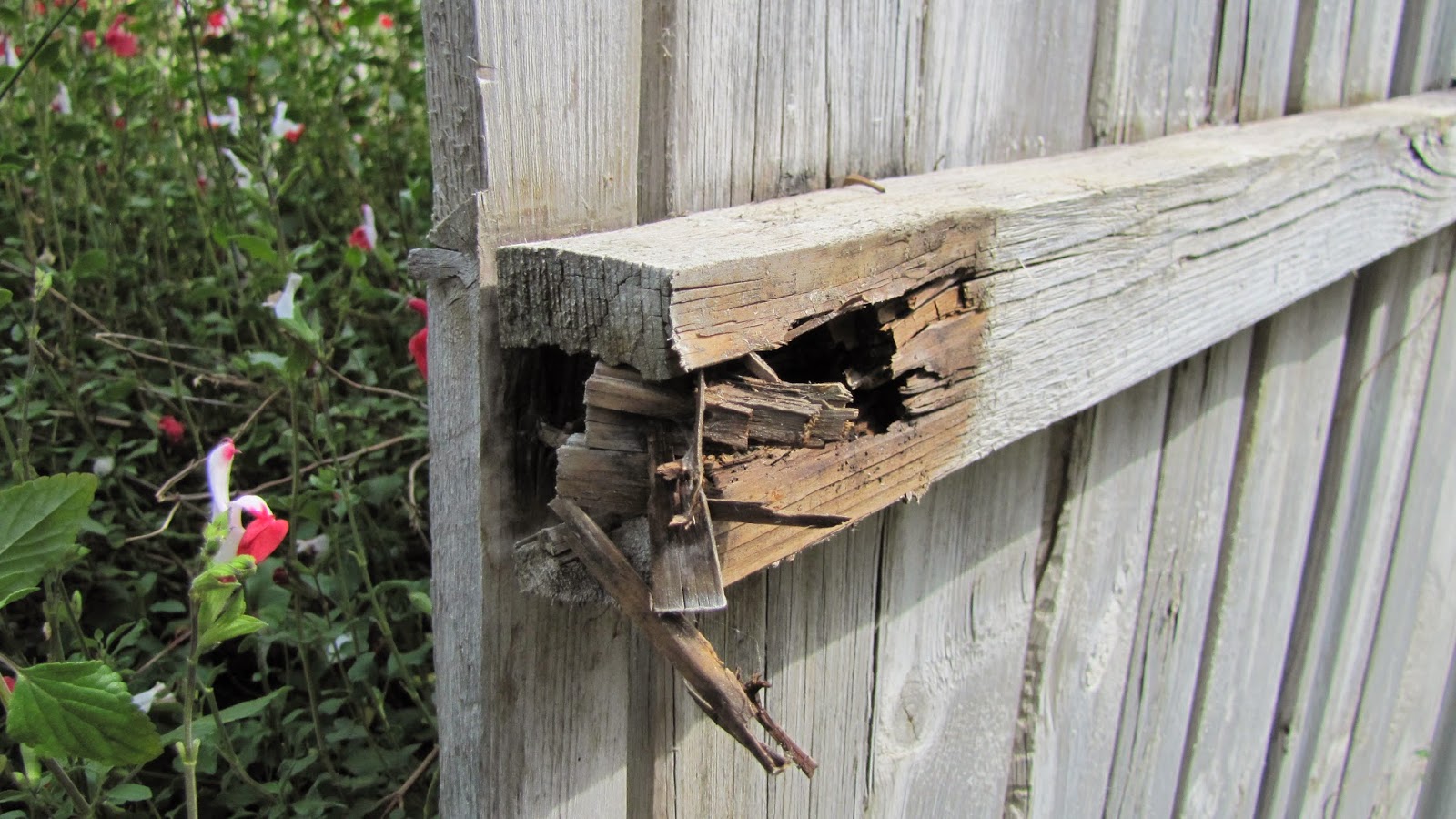 So, not only did the fence builders obviously not go to the city for code compliance with the fence/gate, but they also used cheap materials (in addition to skimping out on screws!).  I learned awhile ago that this fence is only about 6 or 7 years old, but it looks like it was original to when the house was built (in 1988!).  People, this is what happens when you go cheap!  I'm all about saving money, but I'm also all about making sure things are done right and spending money on materials that I know will last!

Here, with the gate off, you can see the access I had to the sports park.  There's a little hill right there and then a walkway for people to walk & jog. 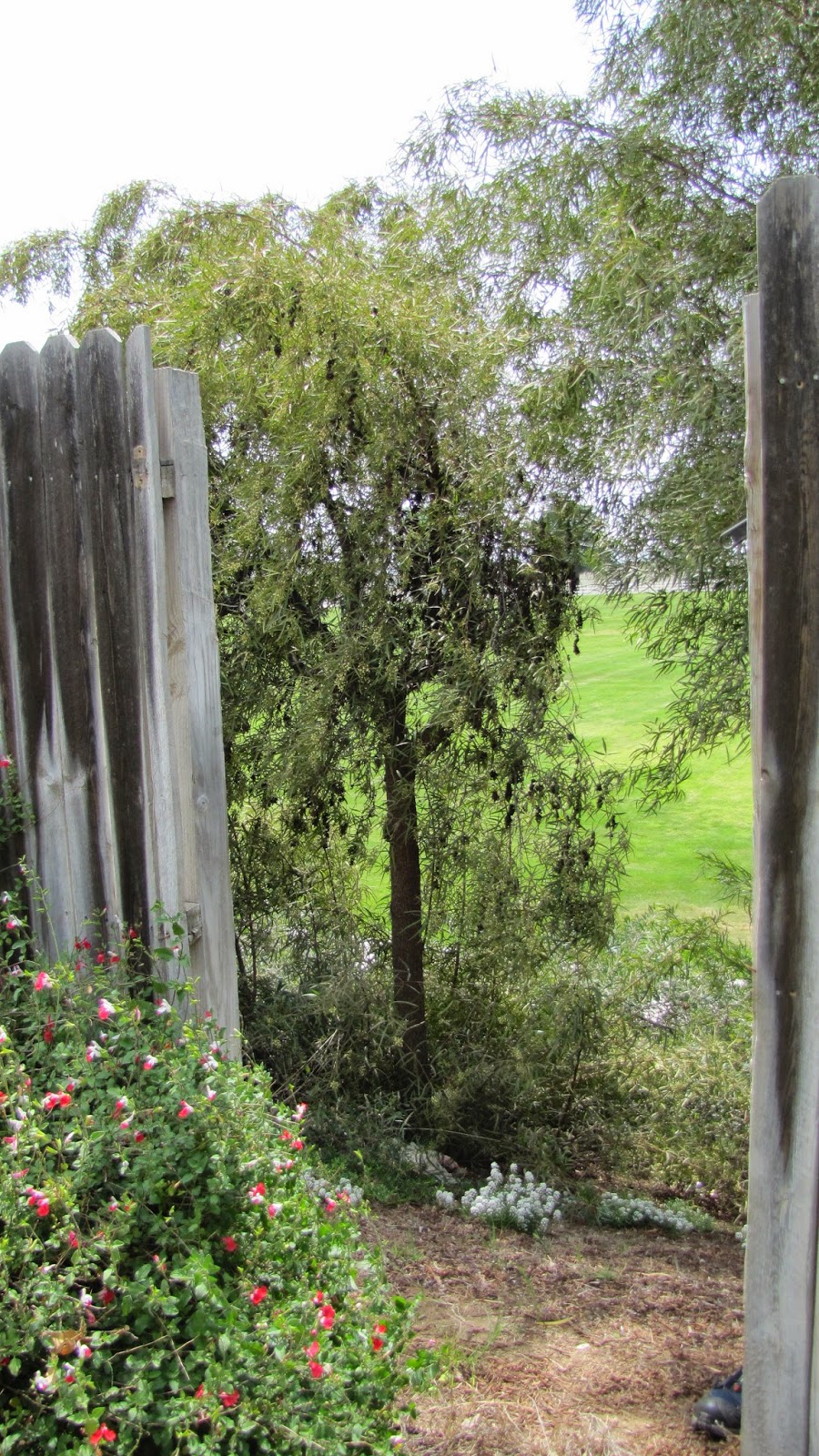 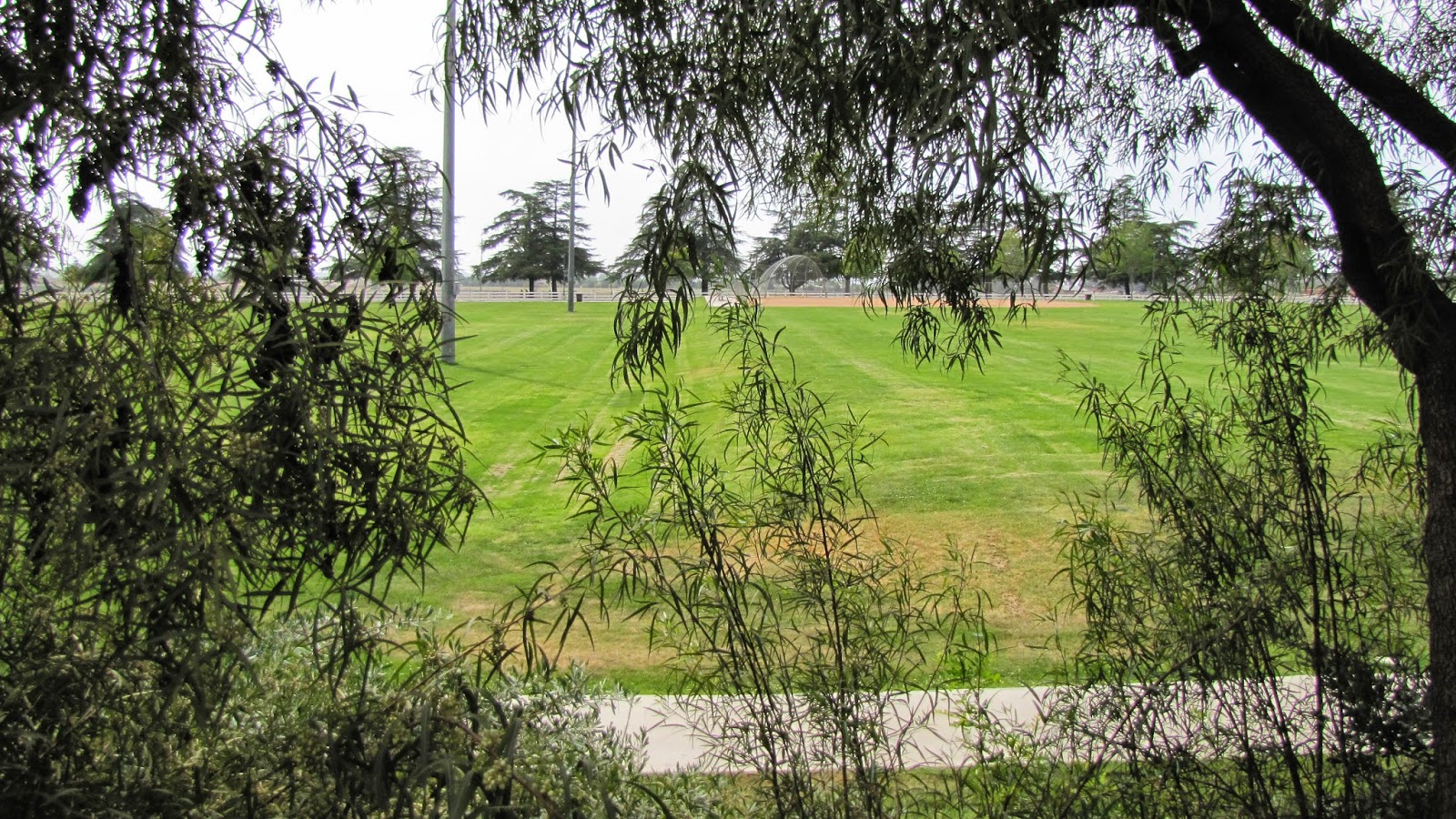 My brother temporarily put the gate back up with a couple of 2x4 boards until he could come back on another weekend to do the permanent fix.  Thank goodness my brother had the time to come out and help before my deadline.