Previously, I shared my Studio Reveal - I'm so glad it's finally done! 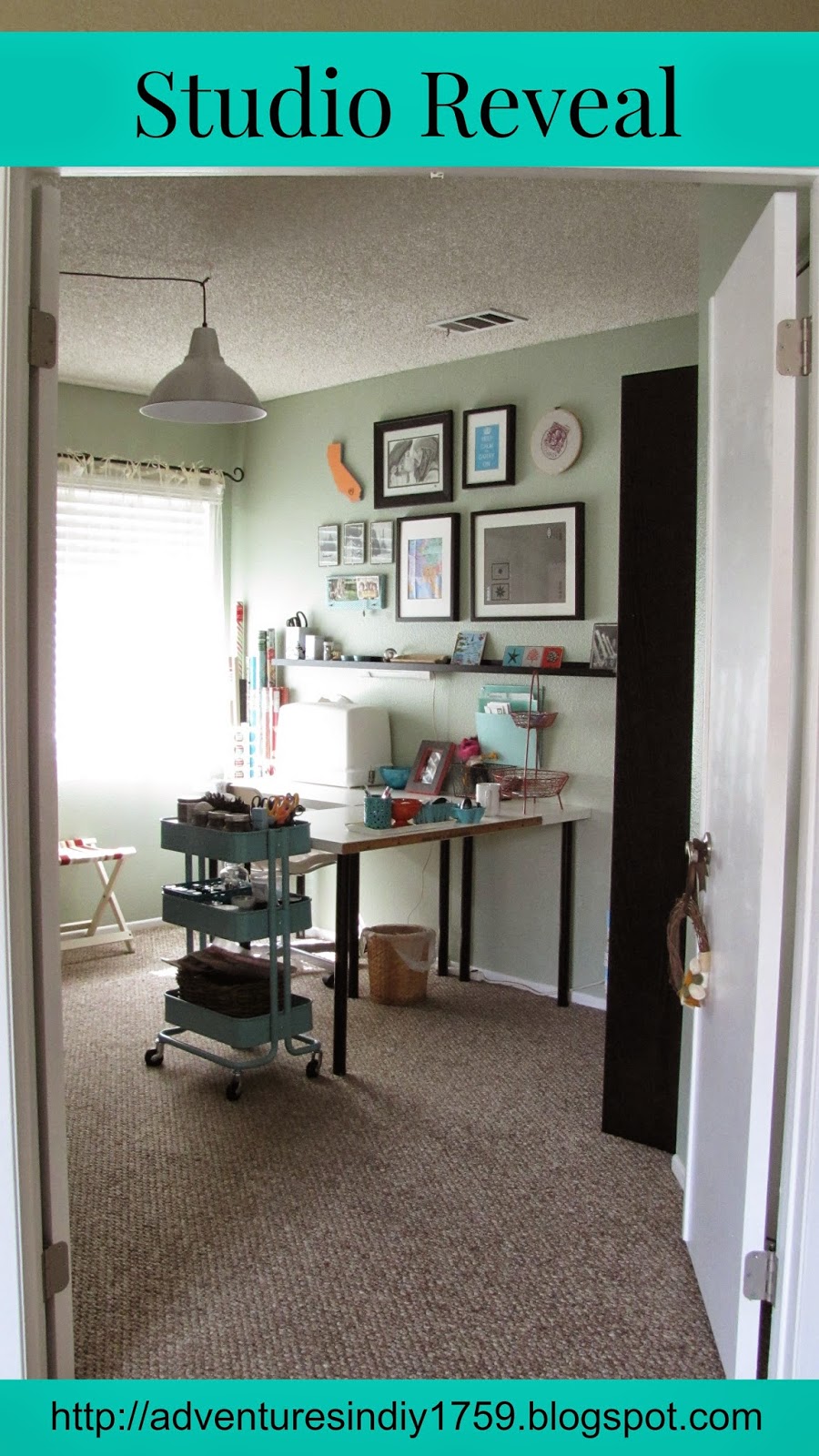 I mentioned back in July (has it really been that long now?!), that I was working on re-doing my studio  (formerly known as the craft room).   I had previously reorganized this room, but it turned into a hot mess again after all of my Christmas projects.   Who wants to work in this?  That's definitely not inspiring - not. at. all! 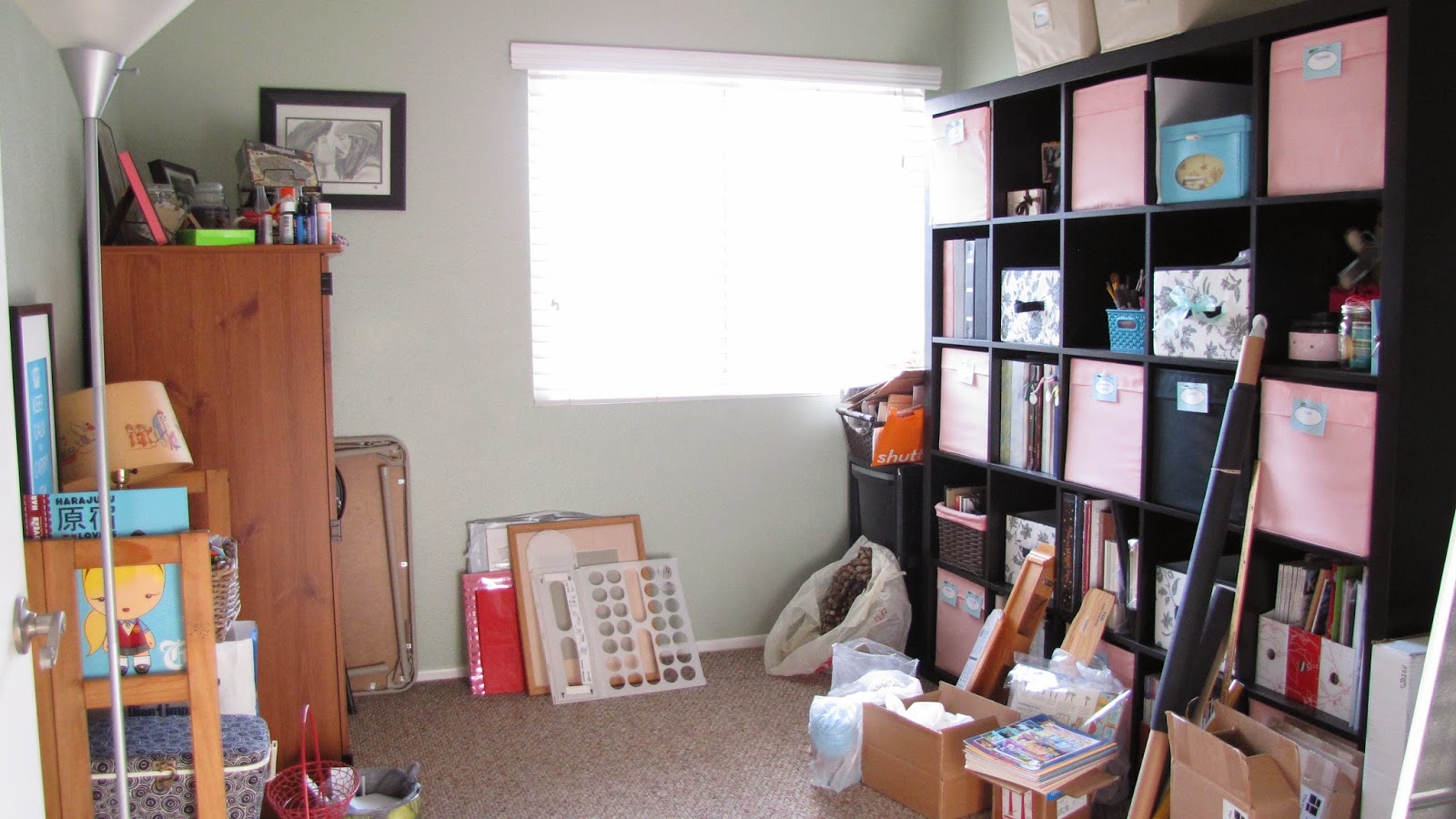 I also realized that the room wasn't really working for me - after awhile, I hardly used it to actually work on my projects and mostly used it for storage.  I came up with a new plan, but a few things had to happen before I could get everything going, which is why it took awhile to get it completed.   Today, I'm going to share what my plan of attack was.

1)  I had grown tired of having the Billy bookcase in the living room.  Since I had been eyeballing the Vittsjo shelf for awhile, I decided that this was a great excuse to finally get it for the living room.  This took me a little while because not only would the Vittsjo box not fit in my car, but it was pretty heavy, so I would need help with getting it from the store to my house (thanks to my sister for helping me go get it - that was a fun Ikea trip!). 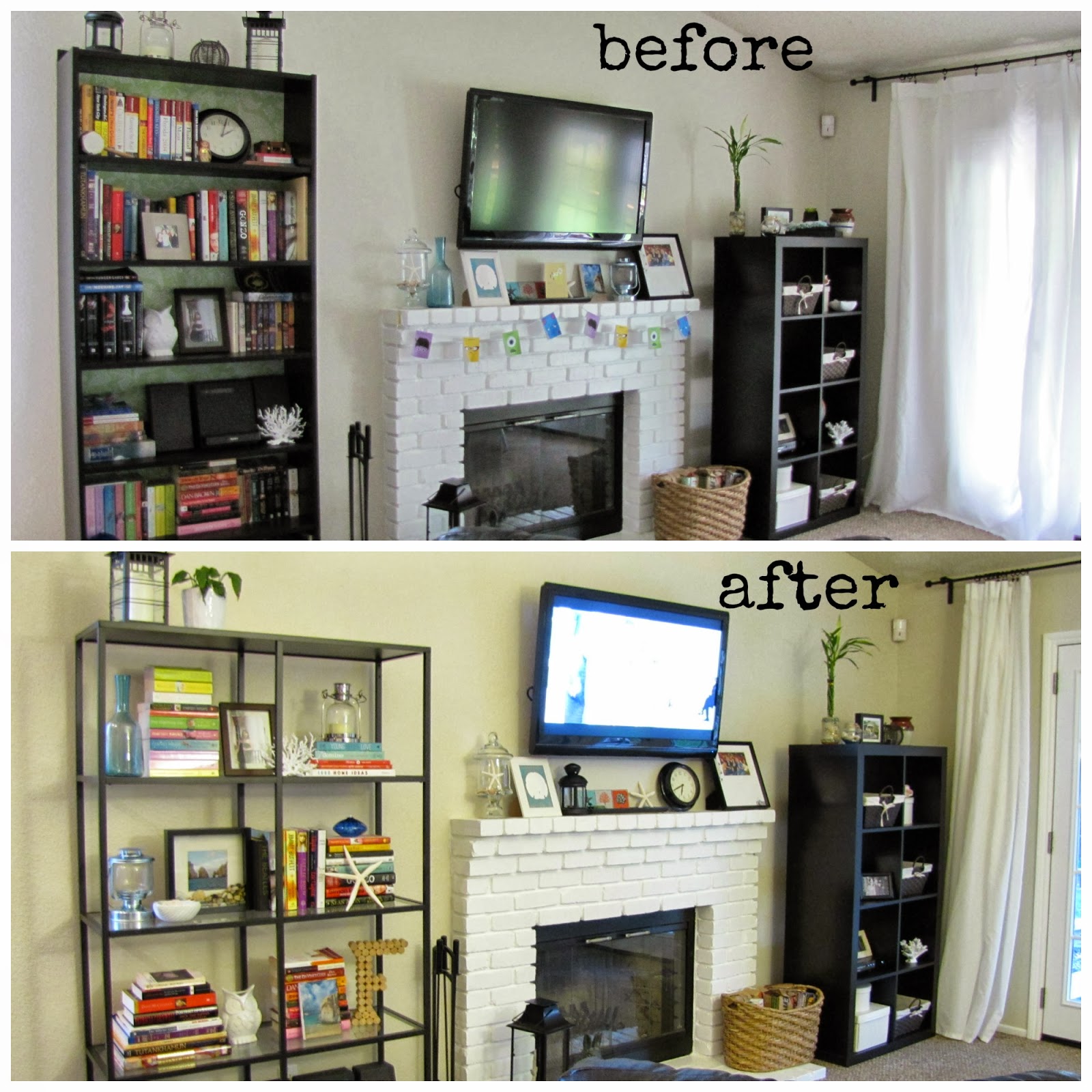 2)  And the Billy bookcase would work perfectly in my new studio since I would be taking out a cabinet that had a lot of storage. 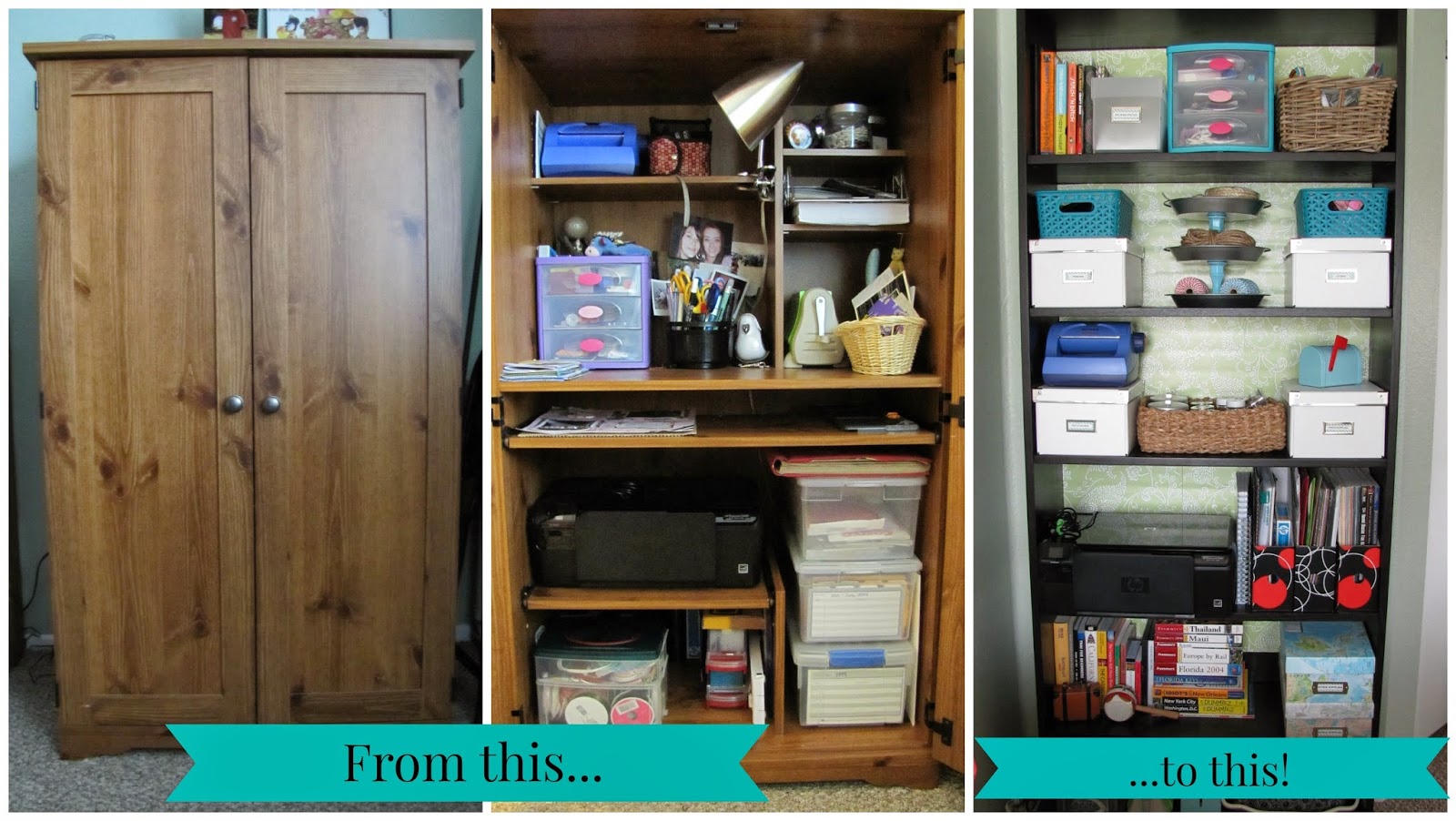 3)  Since I was no longer using that cabinet above (it had a pull-out shelf that was my work space), I needed a new work station for my projects.  Once again, I turned to Ikea:  the Linnmon table with Adils legs.   I researched this on their website before deciding - this particular table comes in different sizes, so I had to figure out what sizes would work in this small room.  I wanted to be able to leave out my sewing machine, yet have enough space to work while the sewing machine was on it.  I also decided to keep the sewing machine in it's case, so that I could easily take it off and on the table when I needed to use more space. 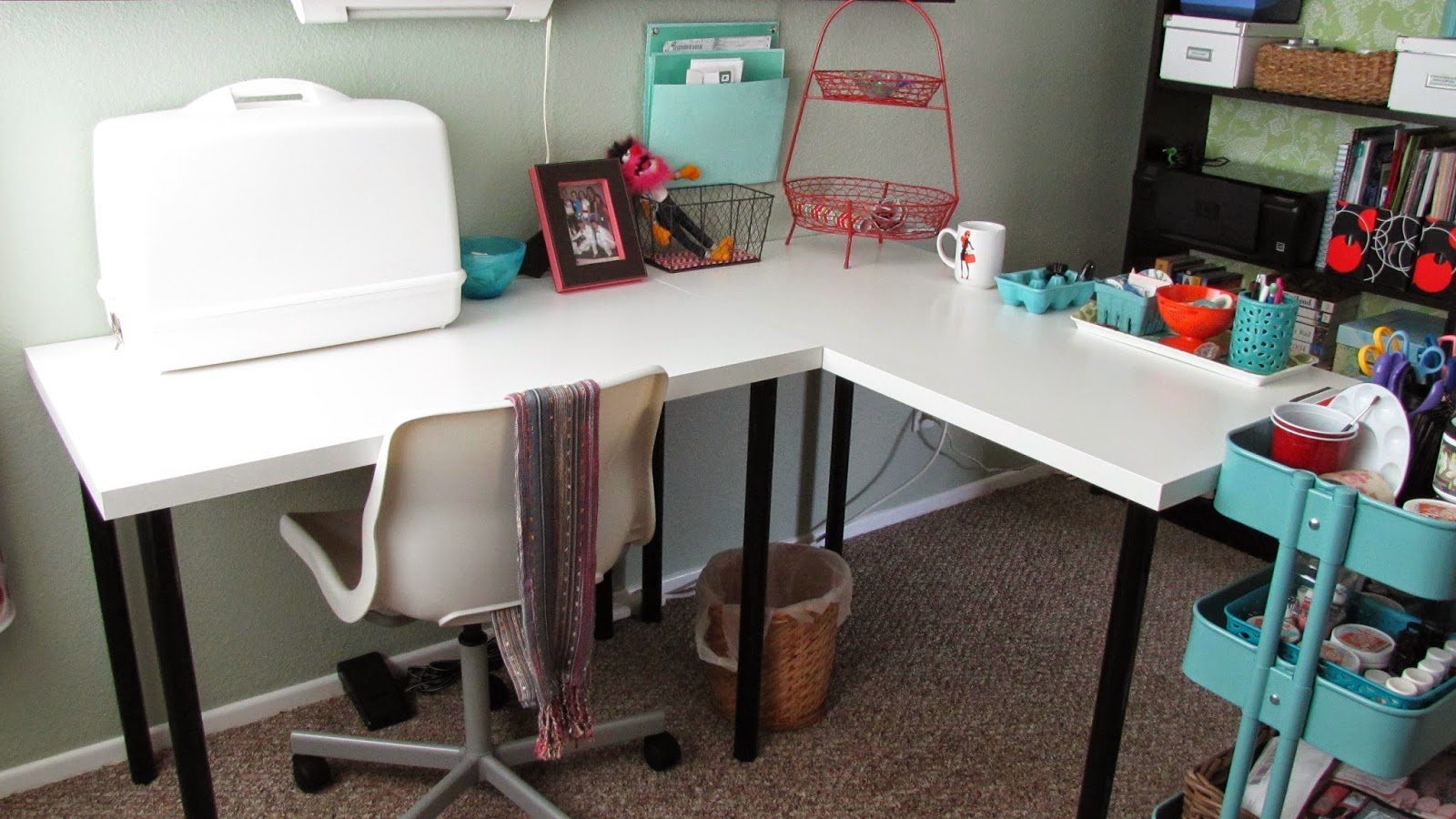 4)  Also, I decided to move that huge Expedit to the opposite wall.  I noticed it was partially blocking what little light I was getting from the window and it just works much better on the other wall. 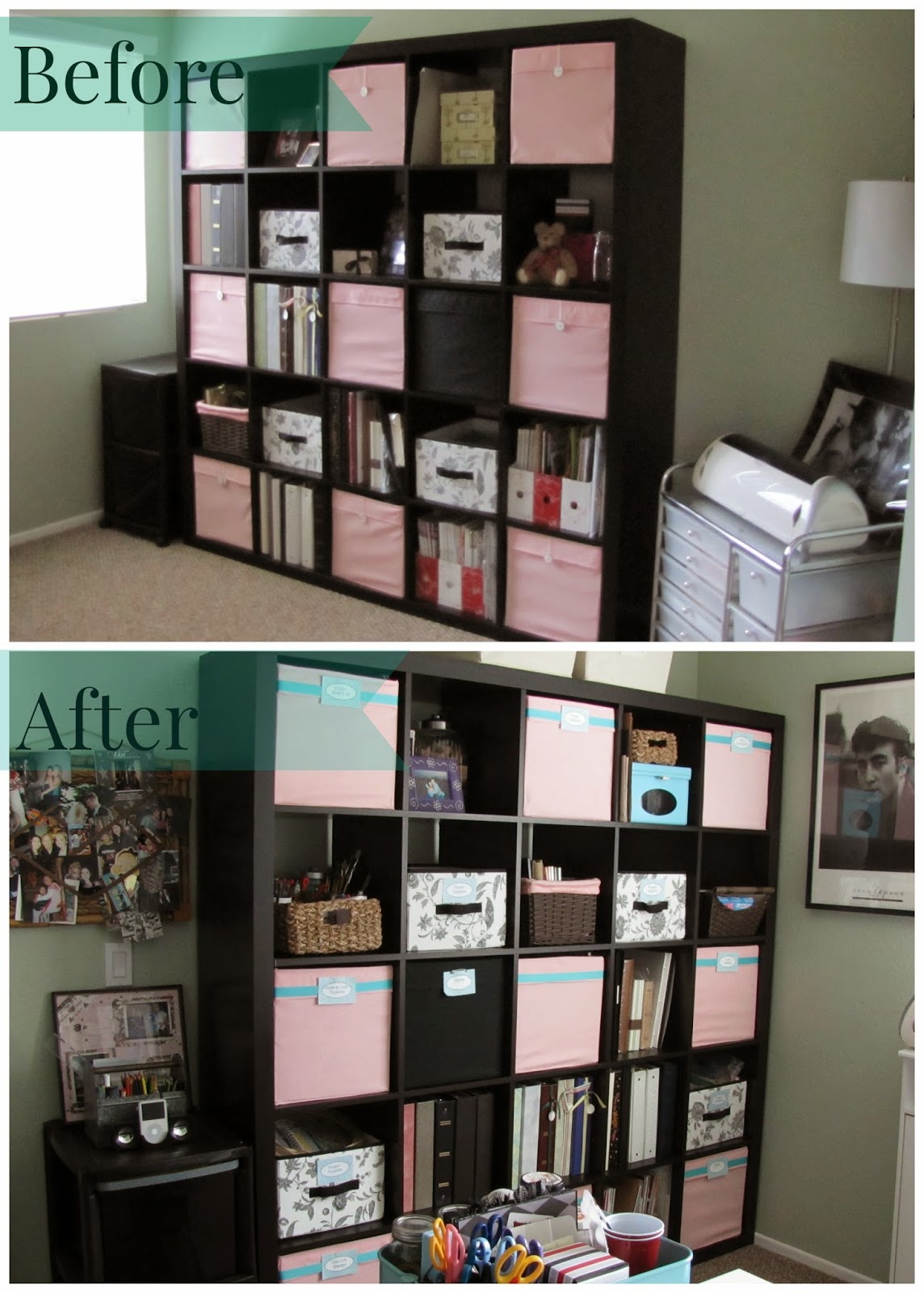 Did I mention how heavy this sucker is?   Even after I took everything off, it was still pretty heavy!  That's why my living room looked like this for a couple of days. 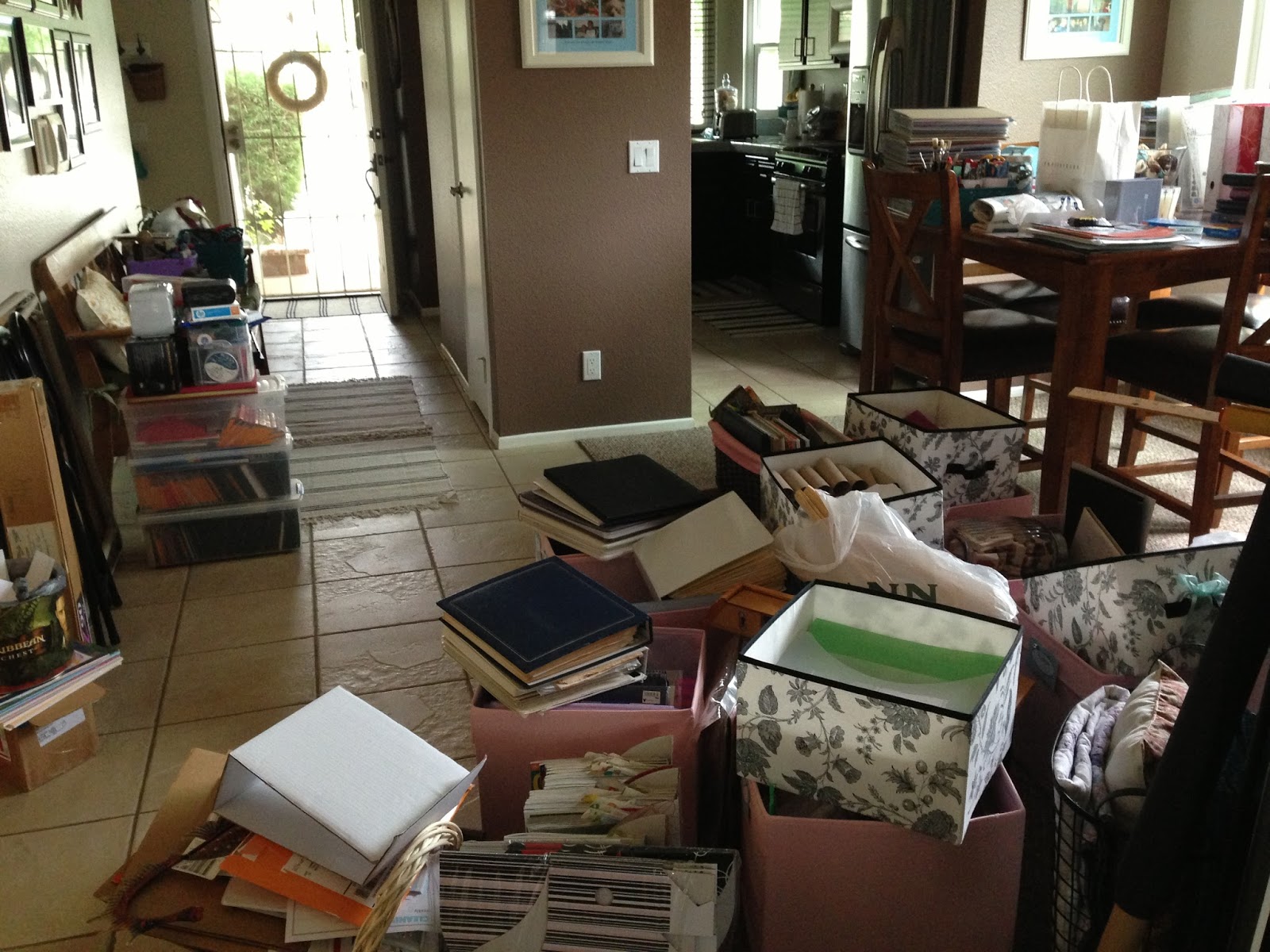 5)   This Pier 1 bookshelf also needed to relocate.  I moved it into my guest room as a make-shift nightstand.  It ended up holding a lot of the books I originally had on the Billy bookcase while it was in the living room. 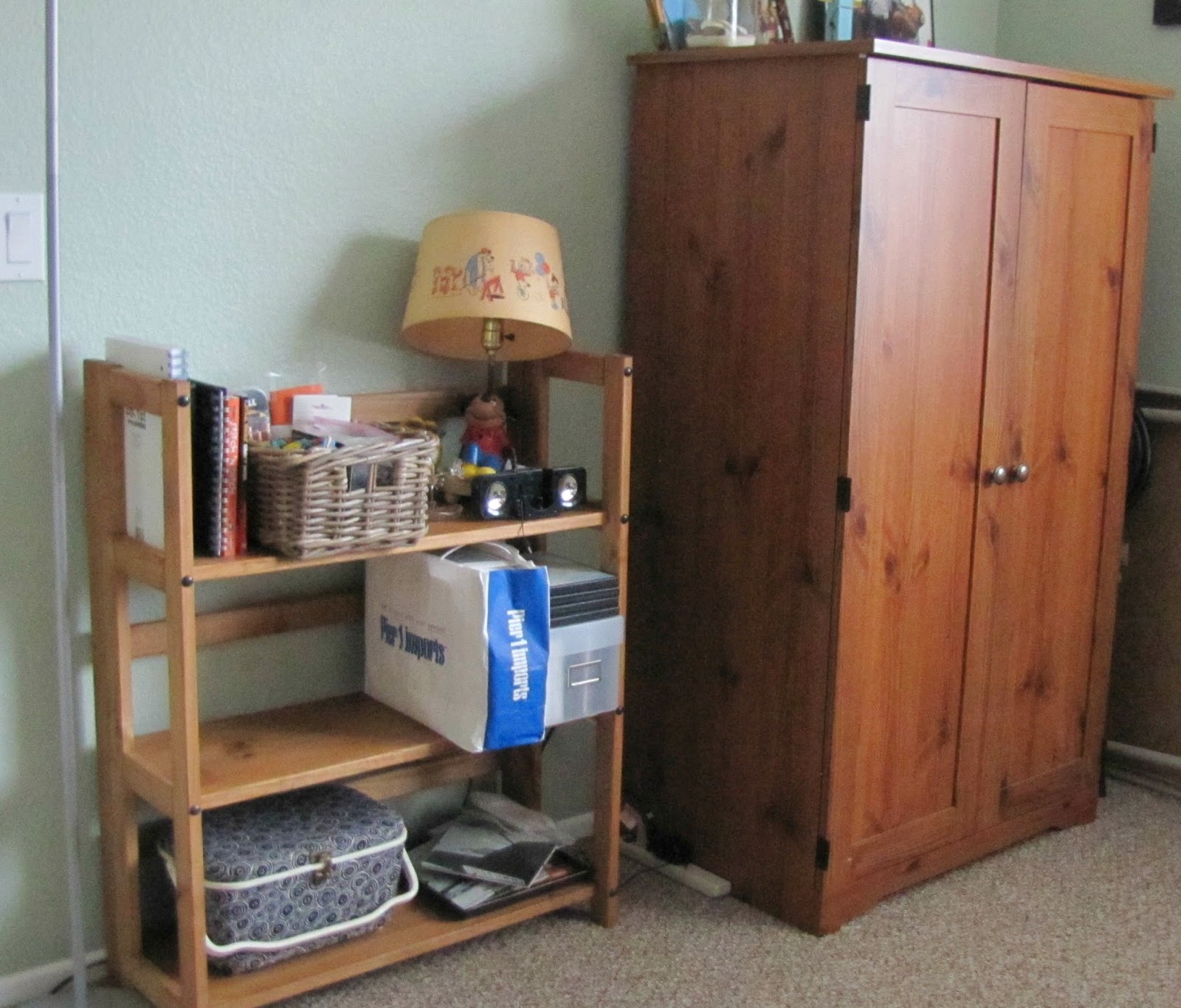