Last month, I took the time to reorganize a few of my spaces.  I started with my pantry - it was already pretty much organized, but there were a few problem spots that needed to be fixed.  My pantry is really deep, which in a way is good for storage, but at the same time it's not because it makes it hard to access stuff in the back.  Because it's so deep, using baskets & bins was going to be my best bet.  Throughout the last year, I bought baskets & bins from the Dollar Tree, knowing that I'd be able to use them in various spaces around the house, including the pantry. 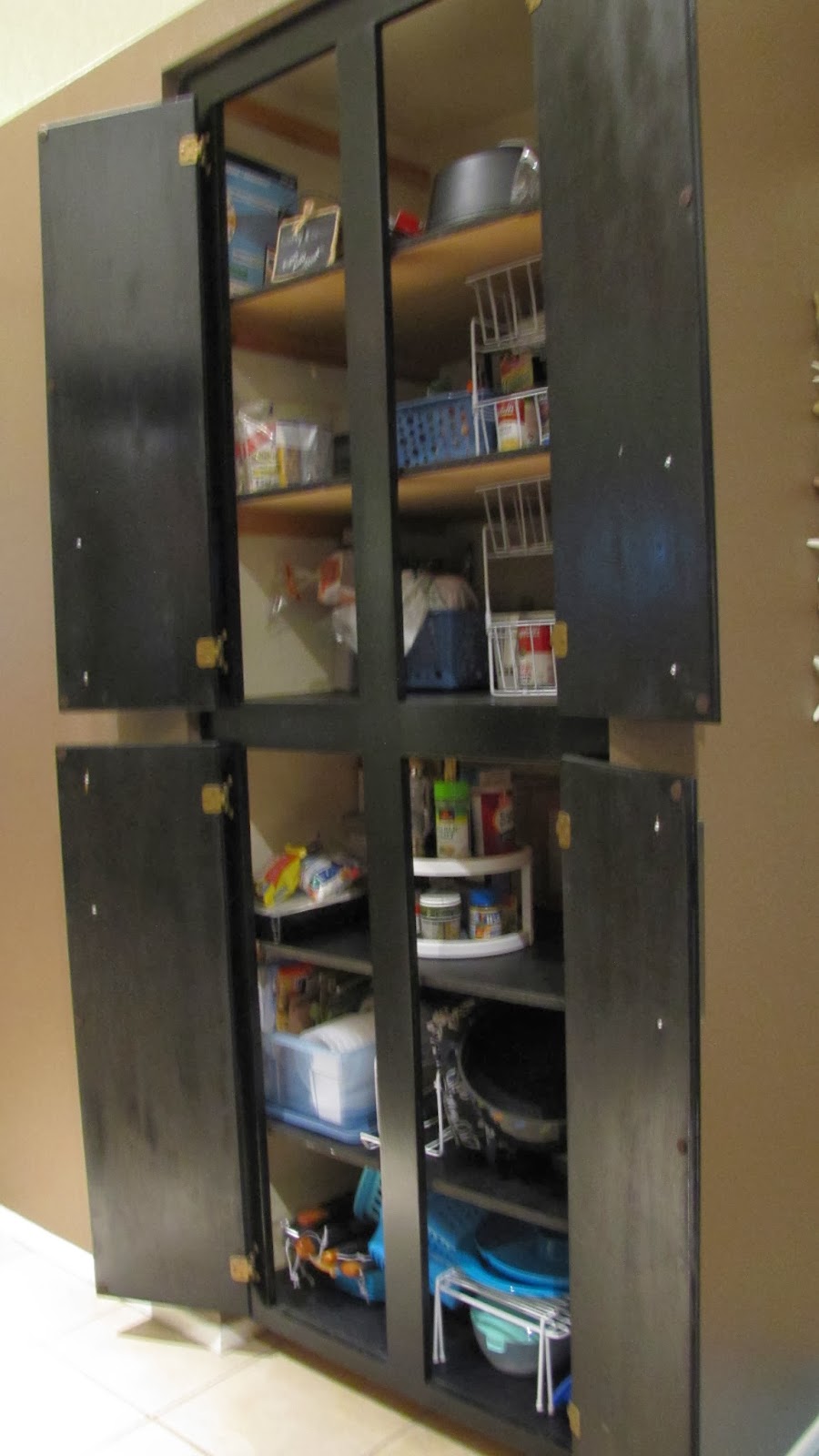 The pantry started out looking like this, earlier in the year.  Not bad, but it was a mishmash of things and it got to the point where I started just shoving things in there, knowing that I was going to be reorganizing later. 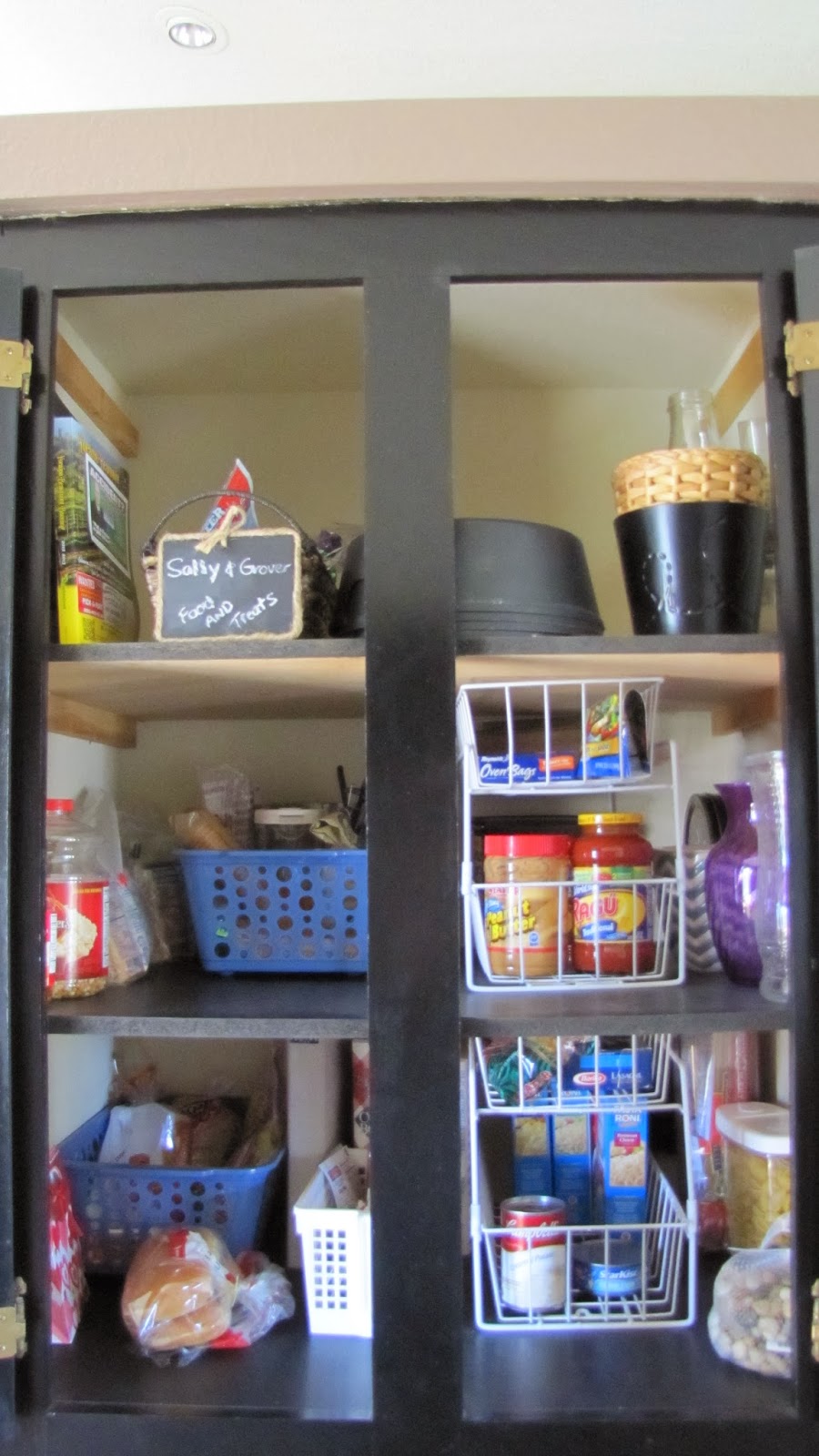 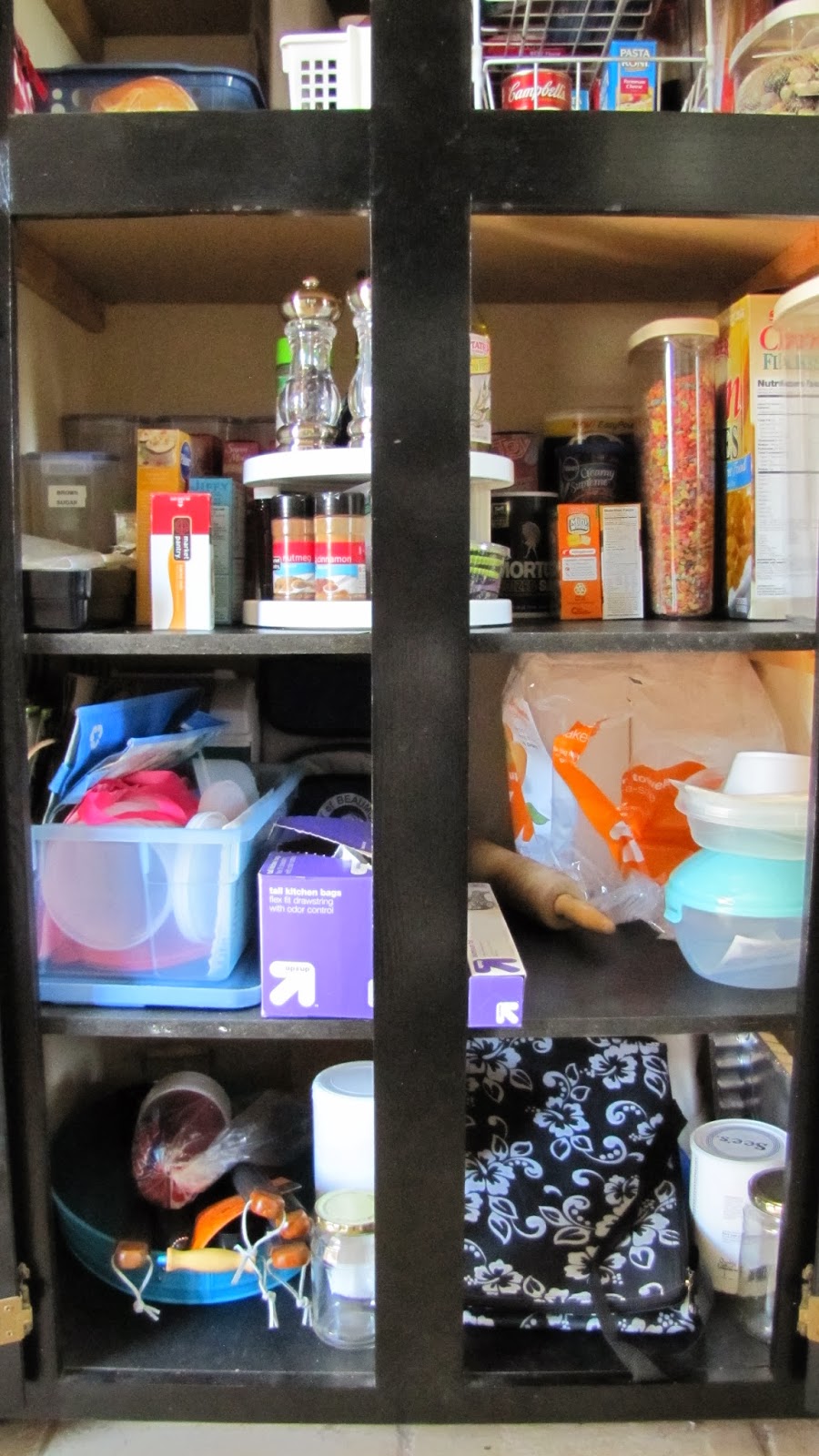 I did a bit of a purge mid-year and it was looking a bit better, but still needed some work (a lot of things got moved out to the black, metal shelf in the garage).

I emptied each shelf and gave them a good wipe down.  Then, I assessed each area to determine how to group the items.  I found that putting like-items together made it easier to find things.  Also, I decided to use the upper shelves (since it's harder for me to reach) for less-used & seasonal items and also to put less-used items in the deeper part of each shelf. 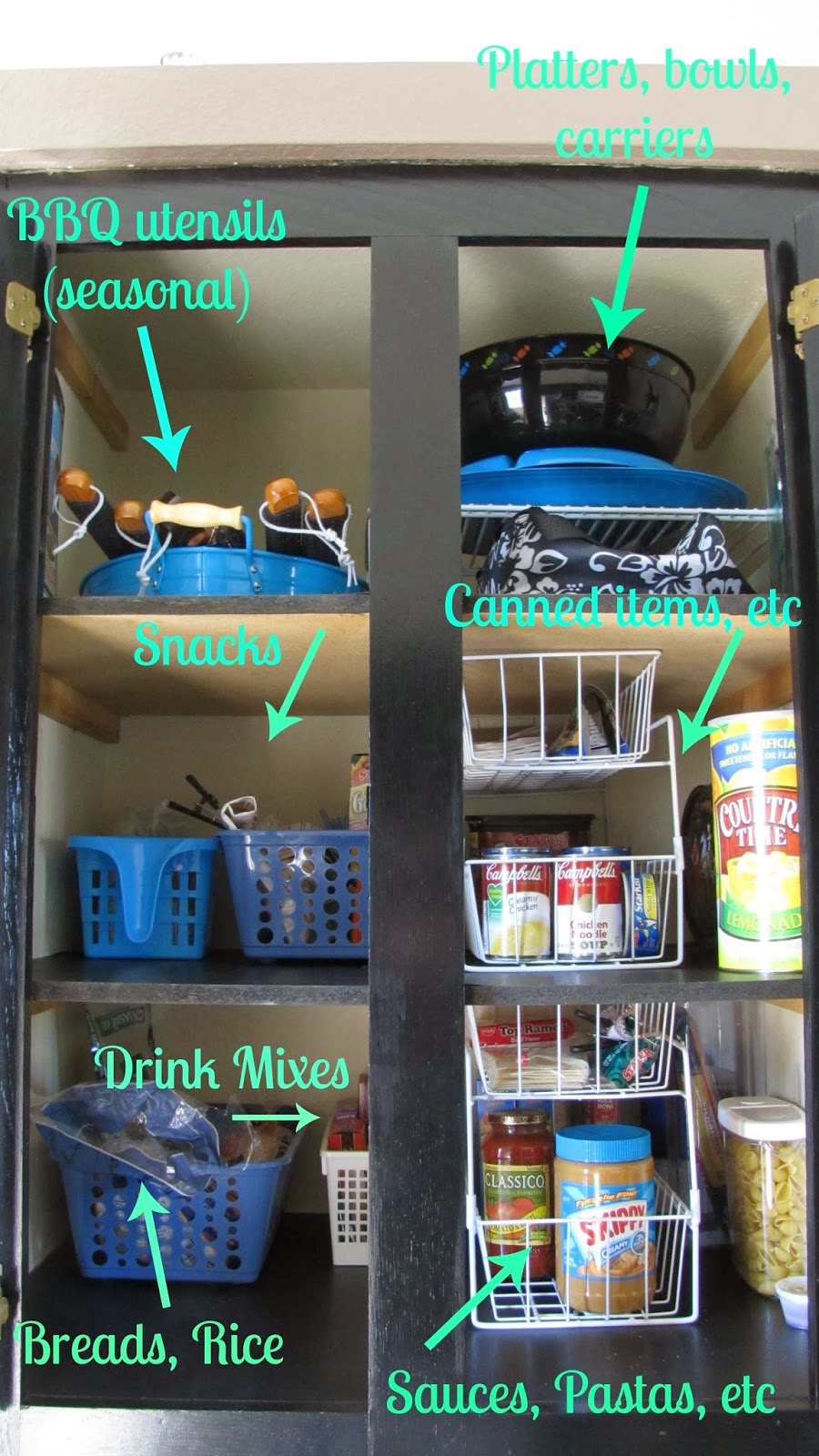 The white wire basket shelves above - the baskets slide out so I get full use of the deep pantry shelves. 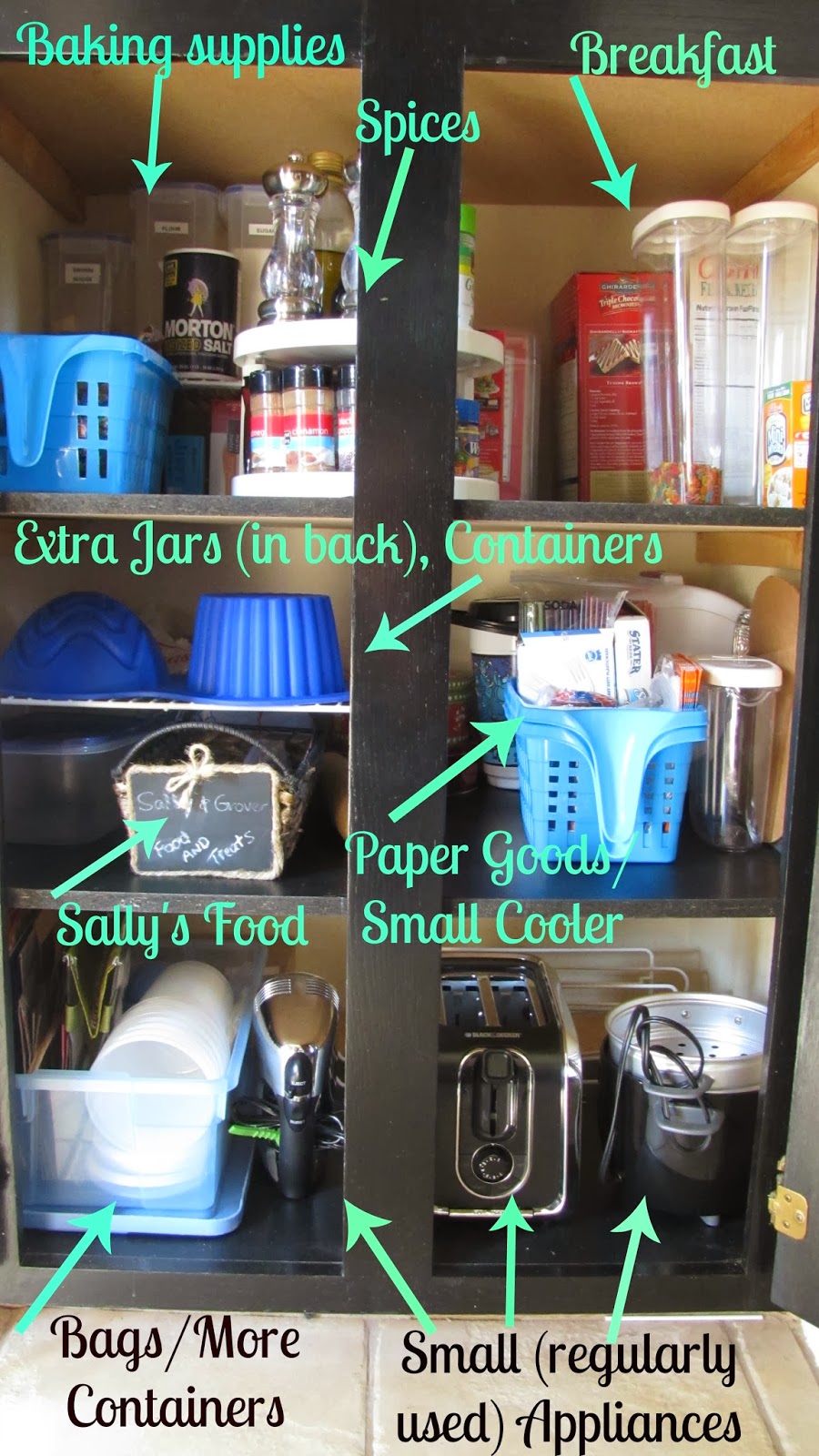 As you can see, I used lots of baskets, bins, and containers.  Some of the baskets I used have handles, which makes it easier to pull them out to reach stuff in the back.

Here's a closer view of the bottom cabinet with the baking supplies.  I used wire shelving to be able to use as much space as possible.  I also used my label maker to label the containers. 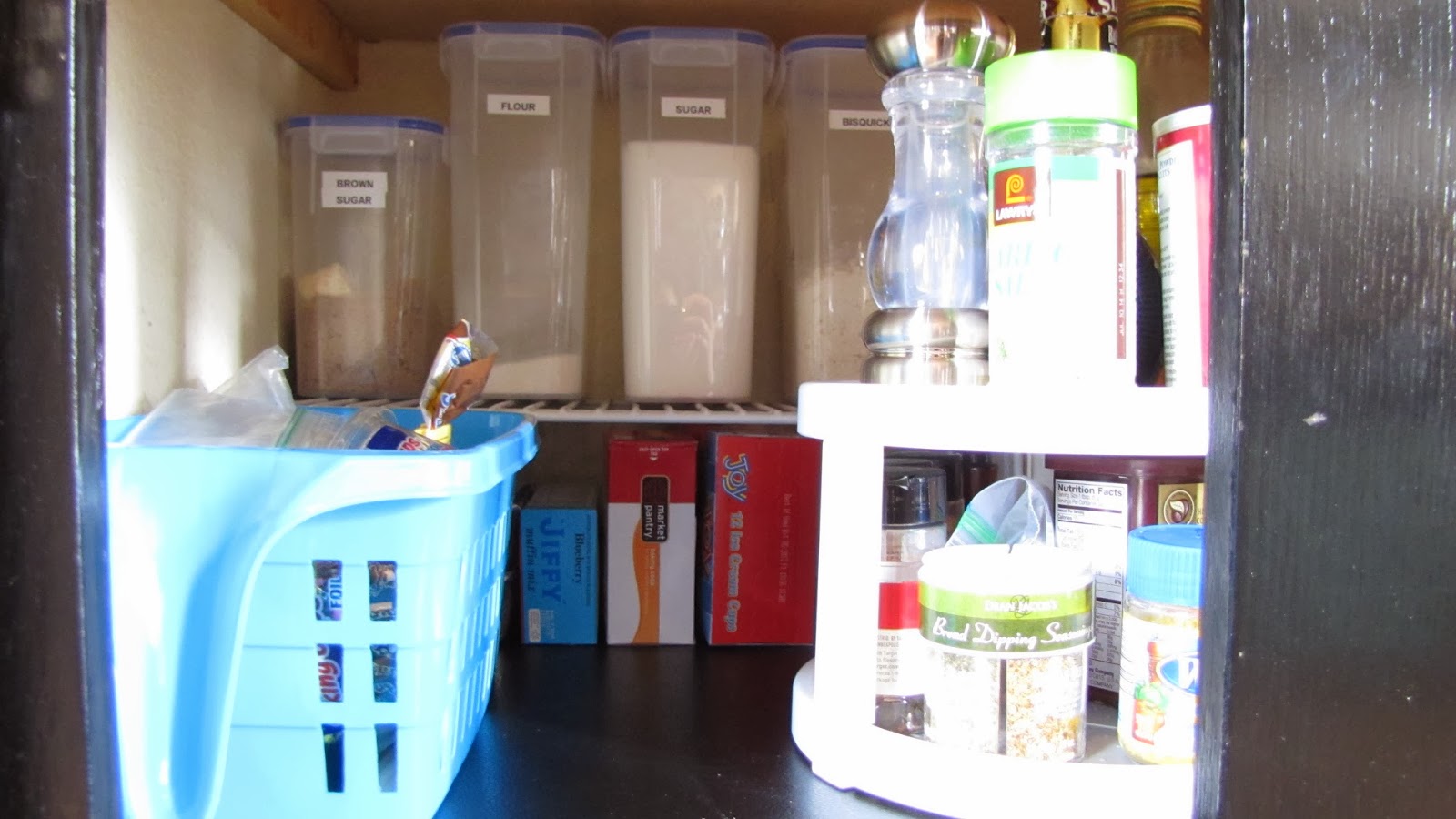 I also ended up trading out some of the items in the pantry with another cabinet in the kitchen.  The trash can is now in front of this cabinet, so I was having to move the trash can each time to get in there. 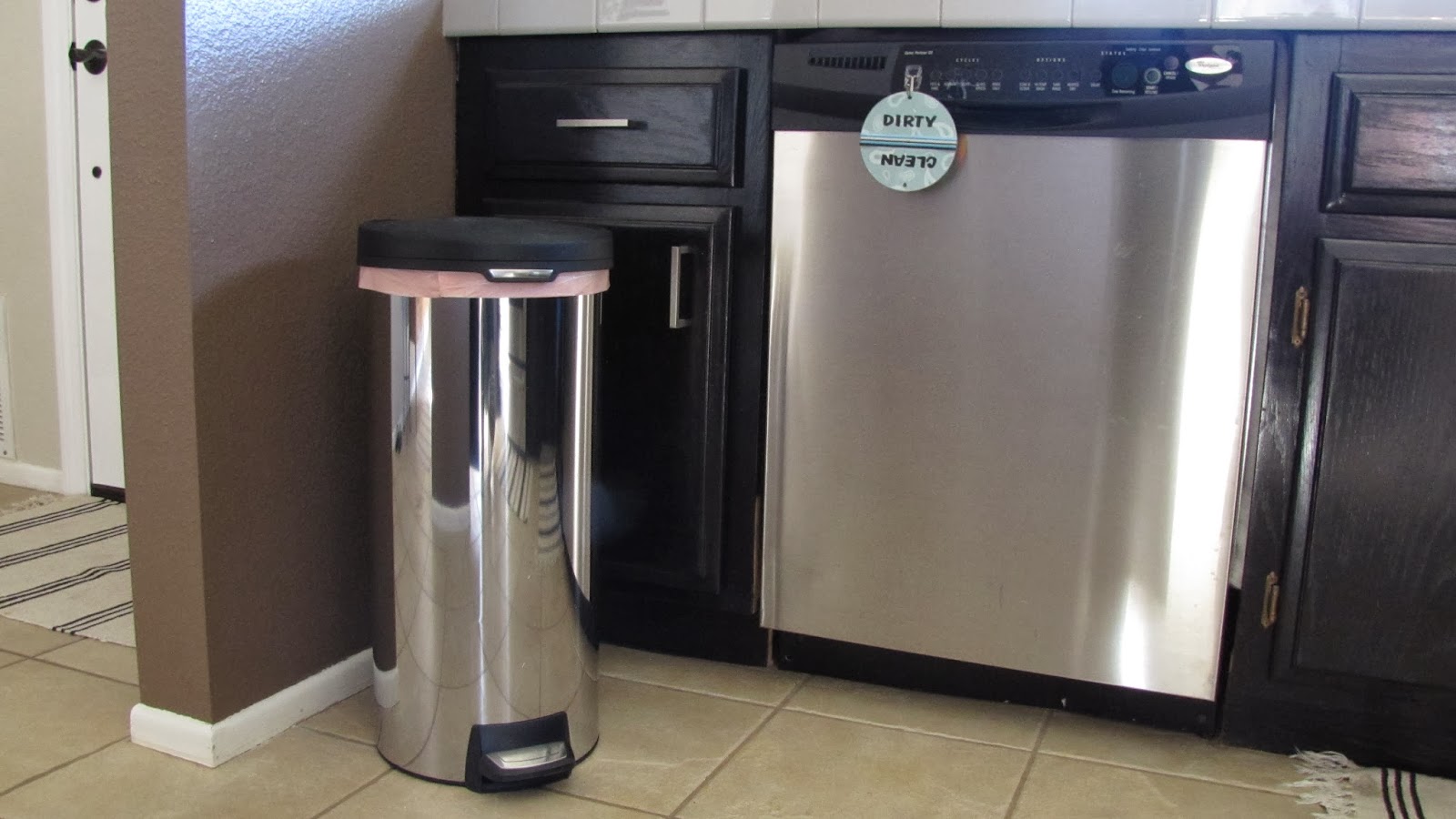 This little cabinet was holding appliances that I didn't want to get rid of, but hardly use.  It used to hold my hand mixer, rice cooker, and toaster, so I moved those out onto the bottom shelf of the pantry (3 pictures above) and moved some other hardly-used items.  Now, I won't have to move that trash can out of the way as often. 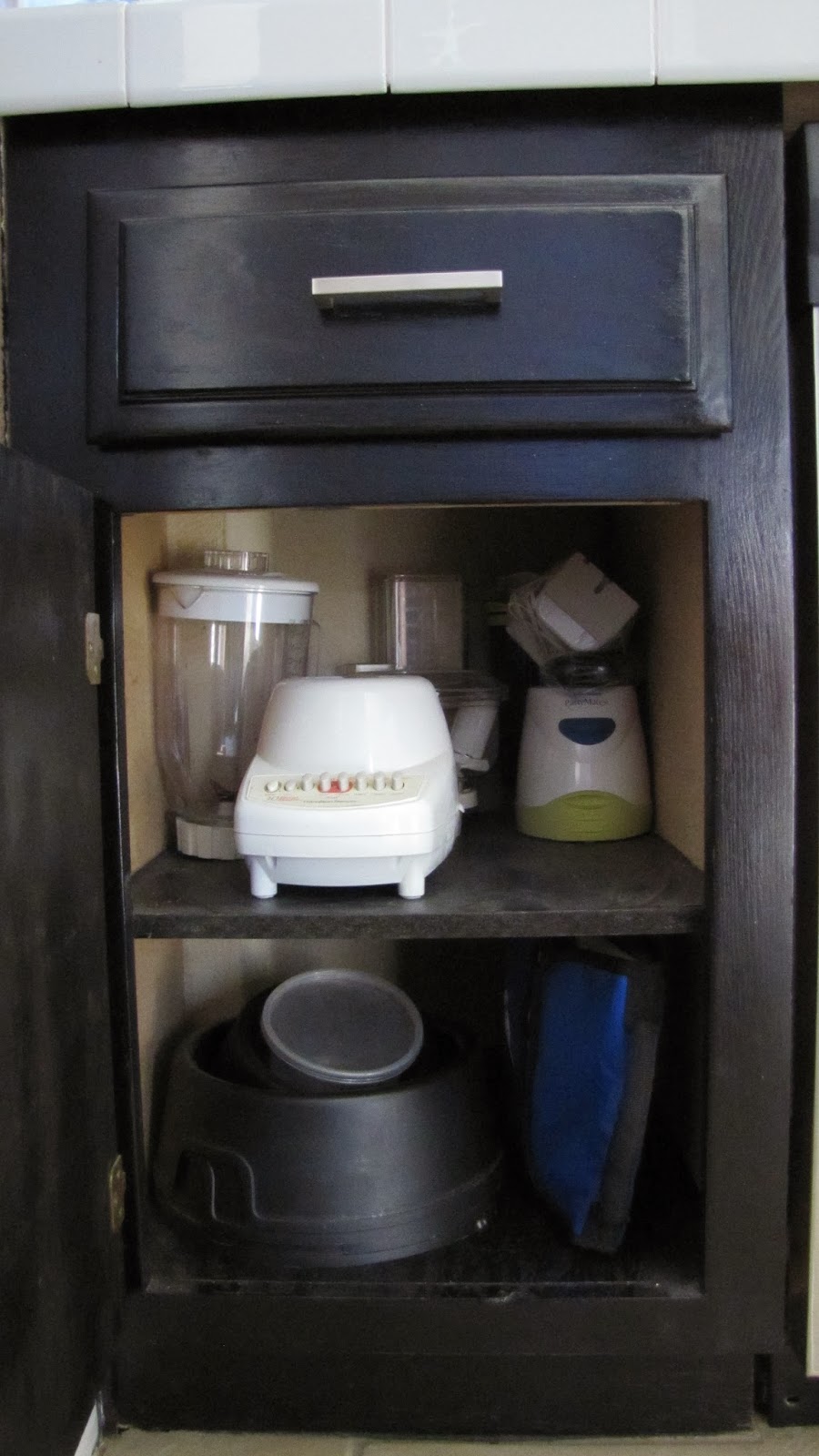 After a few tweaks, I think I've got this pantry re-organized just the way I want it.  It doesn't look as pretty as I'd like, but with it being so deep, function was the main priority.