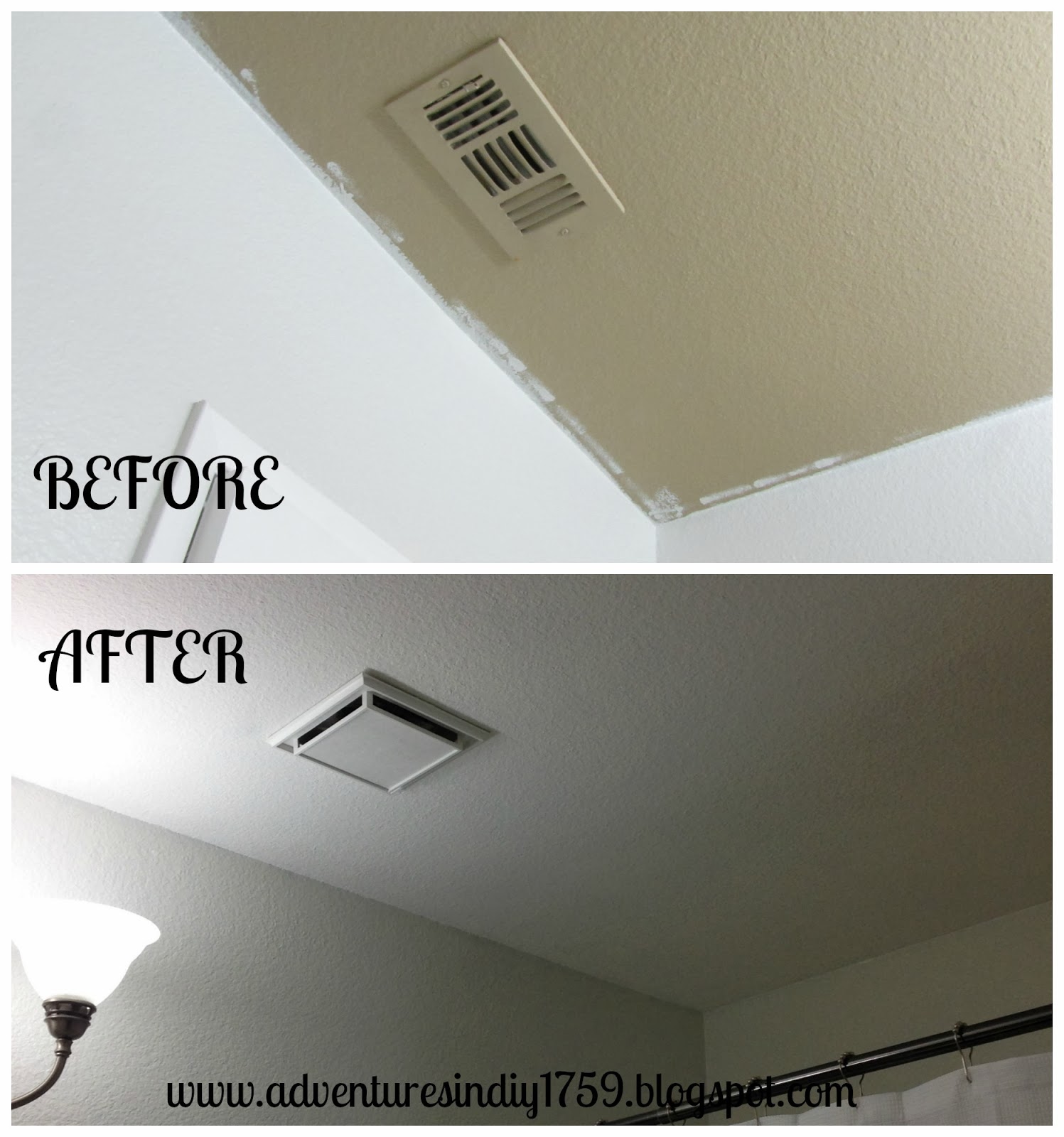 The thing I left out of all those pictures was that I left the ceiling in it's original brown color.  Ideally, it would have been best to paint the ceiling first, when I had all the items out of the bathroom, but with everything I had to do and in the order I had to do them in, it just didn't happen. 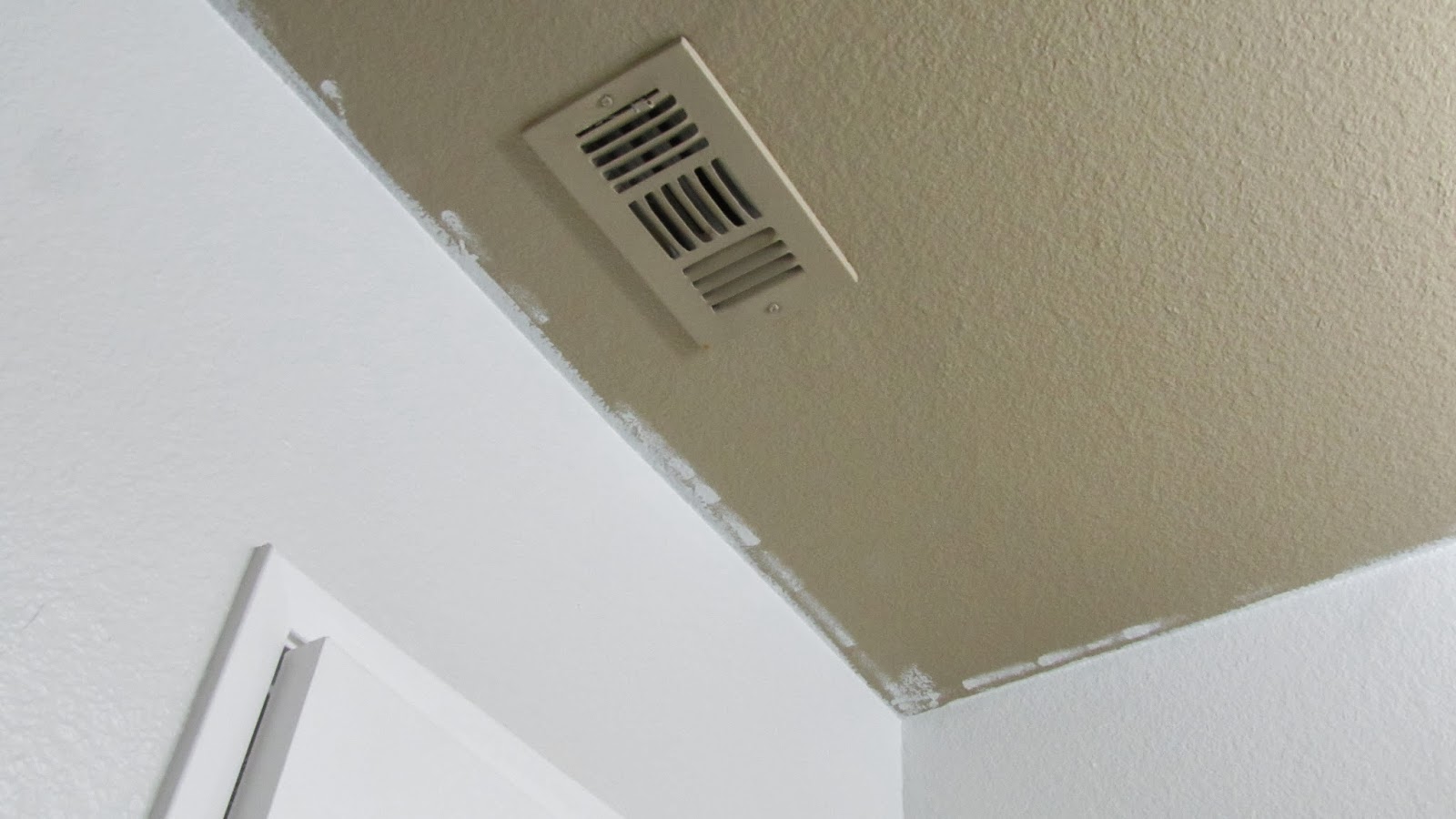 I knew if I didn't do it soon, days would turn into weeks; weeks into months; months into a year; etc.  So, I bit the bullet and took care of it two weeks ago.  As seen in the above picture, the previous homeowners painted the central air vent's cover the same color as the ceiling.  So, I took that down and sprayed it white.  I also needed to clean the fan's cover - I could see little dust bunnies poking out, but boy!  I didn't realize just how bad it was in there. 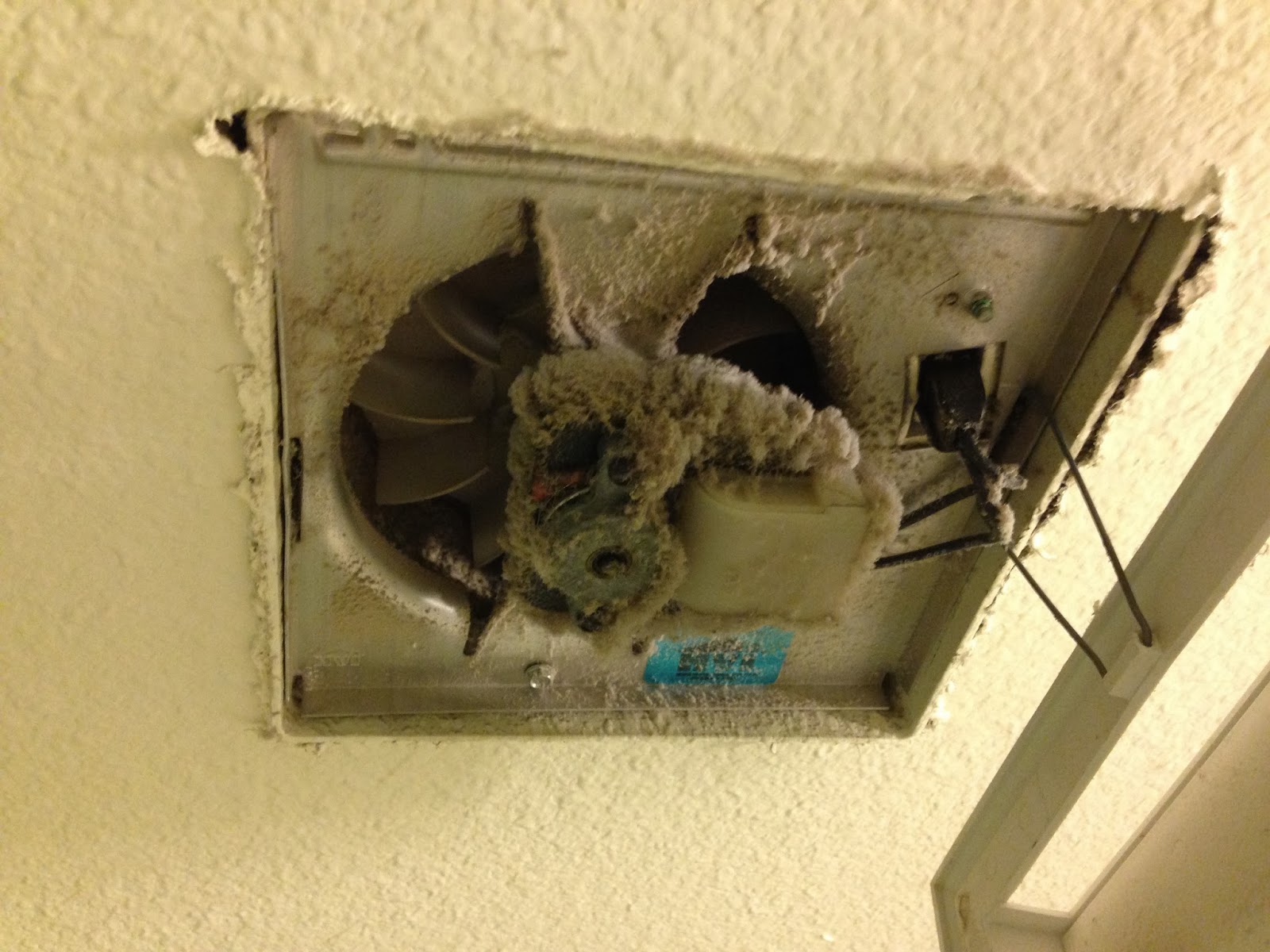 You think that is bad?  I didn't even think to take a picture before I started vacuuming out the dust.  This is a picture from the master bathroom's fan.  The hall bathroom's fan had so much dust that I couldn't even see the fan blades.  No exaggeration.  I'm guessing it was all 20+ years worth of dust!  It was so bad!  Did you know that these could get that dusty?  Do you clean your fans?  I just had no idea!  It's now officially on my yearly cleaning list!  Anyhow, I just used the vacuum to suck up all the dust and ta da! 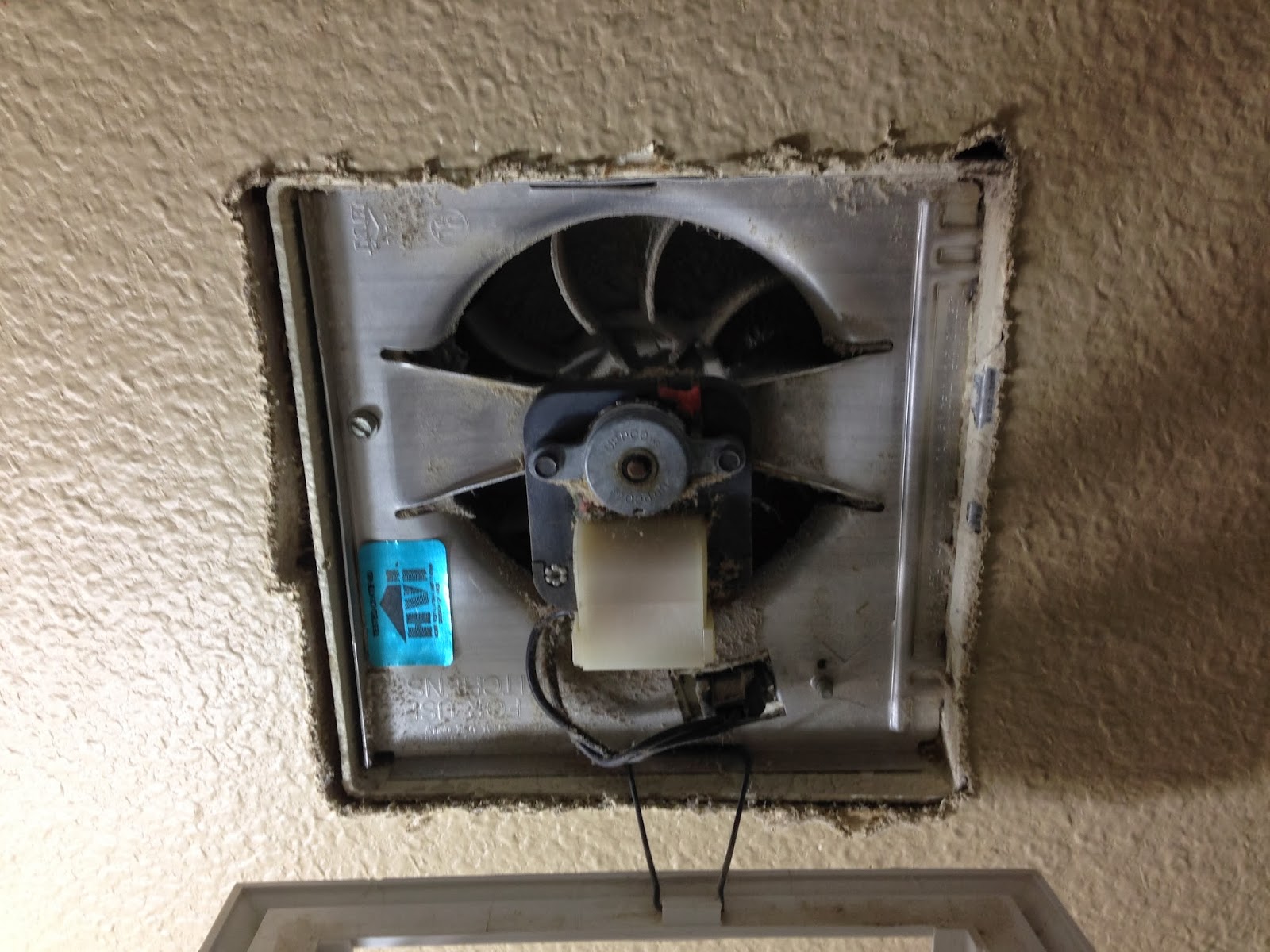 Much better!  After I took care of that, I wiped down the cover (it was not painted like the central air vent's cover so it just needed a cleaning).

I taped off the edges of the ceiling and left the vent & fan covers off while I painted. 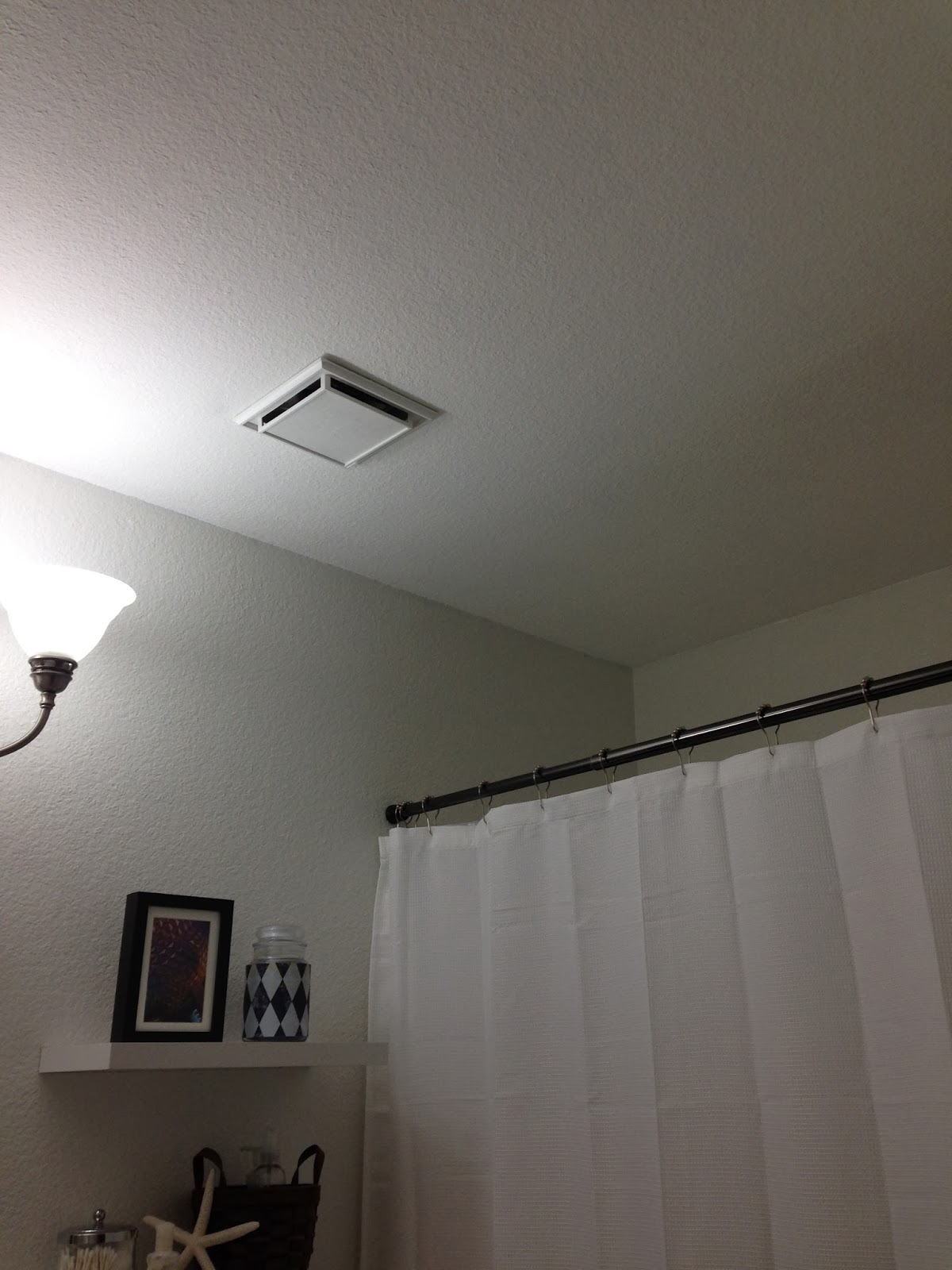 It's so much brighter now and doesn't feel like a cave anymore.  When I was at Home Depot looking at my options for ceiling paint, a fellow shopper suggested I get the paint in "Swiss Coffee".  He said the bright white would seem too sterile.  I'm actually glad I went with my own instincts and got the bright white instead.  I love how crisp, clean, & bright it is!