Hello again!  Lookie what I have here - another post for you!  Didn't I tell you that I got lots of stuff done last weekend?  :)

When I painted the fireplace, I moved my "entertainment center" (which is just my Ikea Expedit shelving unit) out of the way and even though the cords were arranged so that you couldn't see them (the Expedit has an open-back), there was still a big mess on the floor shoved behind the unit. 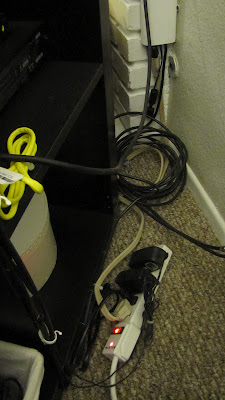 I needed to get control of it all, but couldn't think of a good way to do it.  Over the weekend, I found this website and decided this was going to be the best way for me to get these cords finally under control.  I happened to have these very same Ikea boxes in red. 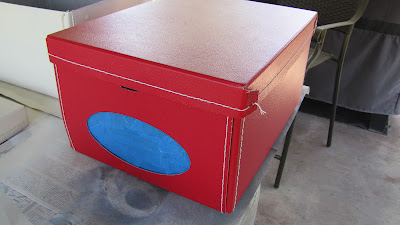 But, they don't match the other Ikea hat boxes that are already in the entertainment center.  I happened to have a can of Rustoleum's Heirloom White spray paint, so decided to just spray the box and see how it would turn out.   I primed it first, then sprayed two coats of the Heirloom White.  And what a great surprise that it almost perfectly matched the hat boxes! 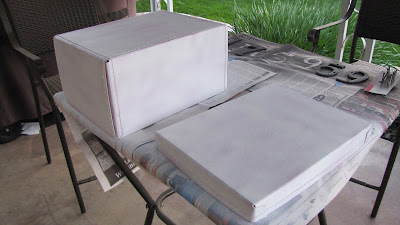 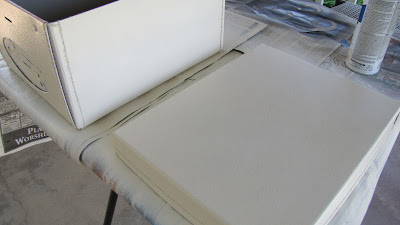 With a box cutter, I cut a cross into the clear plastic window to allow for the cords to easily go inside the box. 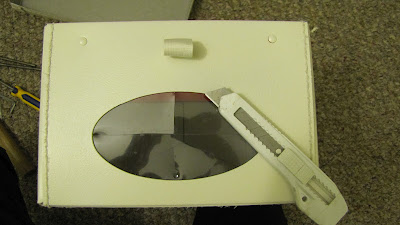 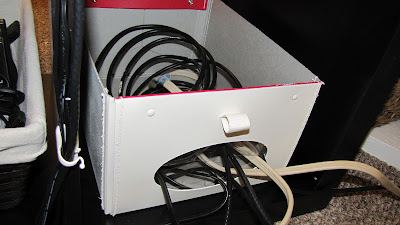 And since I was back there, I took a picture to show how I keep the cords hidden so you can't see them with the open-back.  Originally everything was zip-tied and then stapled to the back along the edges.  But, I had to move some of the cords and needed them to be more accessible, so I bought these Command hooks that were made especially for managing cables.   The fit perfectly along the edges and worked great! 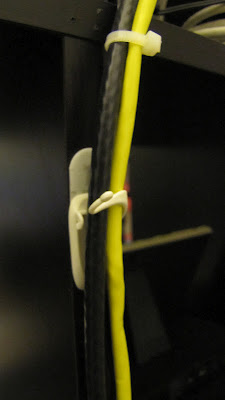 I also labeled the plugs going into the surge protector, so I don't accidentally unplug the wrong thing. 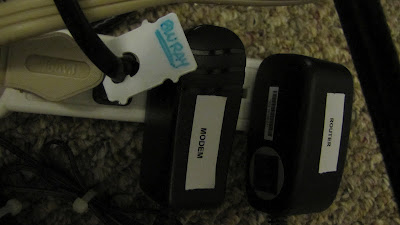 And by the way, this is how I hide the router and modem. 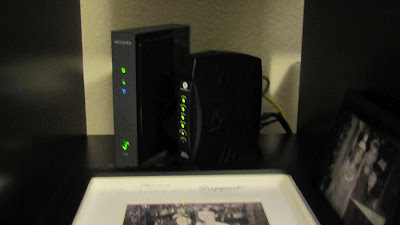 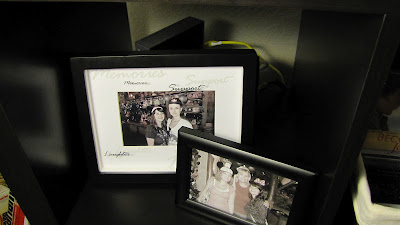 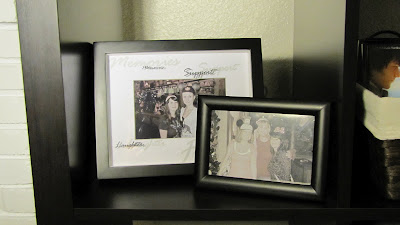 And here is how it looks with all the cords inside the box. 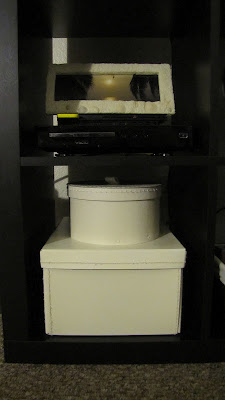 See how the box I spray painted on the bottom matches the hat box on top of it?  That makes me happy too.  :)

Remember when I painted the fireplace, I talked about the cable hider that goes down the side of it?  (the TV is above the fireplace)  Well, you can see the cable hider in this picture and although you can still see a few cords, it's MUCH, MUCH better than how it looked before.  (Unfortunately a couple of the cords aren't long enough to actually reach the floor - it would be easier to hide them if they did). 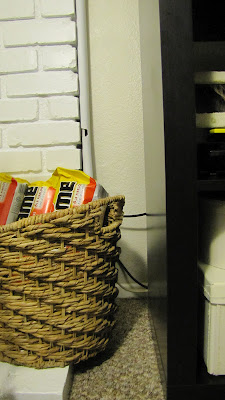 AFTER
So glad this is finally done.  YAY!

Linked up to:
Thrifty Decor Chick's May Before & After link party

Thanks for stopping by!
Posted by http://adventuresindiy1759.blogspot.com/
Posted by Chrissy @ Adventures in DIY at 11:33 PM