Hello there!   I don't have much for this week - mostly in-progress projects or project fails (can't win 'em all!), so I have just a quick post for you.  This will show you the wonder of spray paint.

I bought my first set of Ikea hat boxes a few years ago in the color red.  At the time, my decor involved red, but then I started going lighter in color, so bought the off-white set last year.  (This was before I discovered the wonder of spray paint).  So, these red boxes were banished put in the guest bedroom, which has a red accent wall (which will hopefully get painted over sometime this year) and they just got lost against the wall.   I previously posted about my TV & entertainment center cord organization which briefly showed how I transformed a red Ikea box into an almost-perfectly-matched box with the other Ikea hat boxes on the same Expedit shelf unit.  So, I decided to paint the red hat boxes while I was at it. 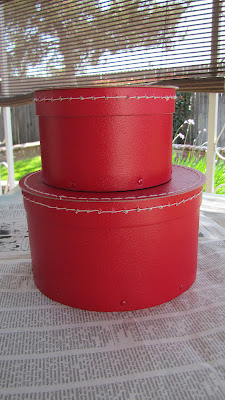 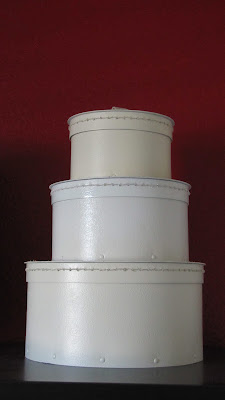 I actually ran out of Heirloom white, so I sprayed the middle box with Krylon's Glossy White since that's what I had.  I was thiiiiiiiiis close to spraying it with Rustoleum's Aqua, but changed my mind.  Hmmm...I can always do it later if I change my mind again.  :) 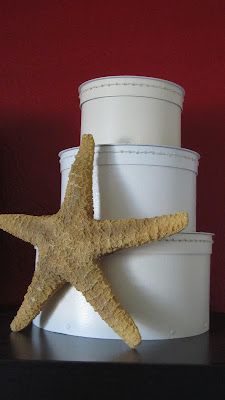 So, if you have something you're considering getting rid of because you don't like the color, I would suggest that you try spray painting it first.  It really can have amazing results.

Linked up to:
Thrifty Decor Chick's July Before and After Party

Thanks for stopping by!
Posted by http://adventuresindiy1759.blogspot.com/
Posted by Chrissy @ Adventures in DIY at 11:45 PM