If you've ever seen "The Nightmare Before Christmas", then you probably know what the Man-Eating Wreath is!  I've been wanting to make this for a few years now and finally got around to it! I actually had all of the supplies on hand, so you might too.  If not, you can find most everything for pretty cheap.  Supplies needed:

The garland was already wound into a circular shape, so I found the 2 ends and pulled them out so that they were long enough to form arms & "hands".  I kind of wrapped them around from the inside of the circle to help hold the arms in place, while also holding the circle in place.  It's kind of hard to describe, but you can see it in the picture below.  Ideally, it would have been better to give him 3 long fingers on the hands, but I went with 2 for simplicity's sake (aka I was being lazy). 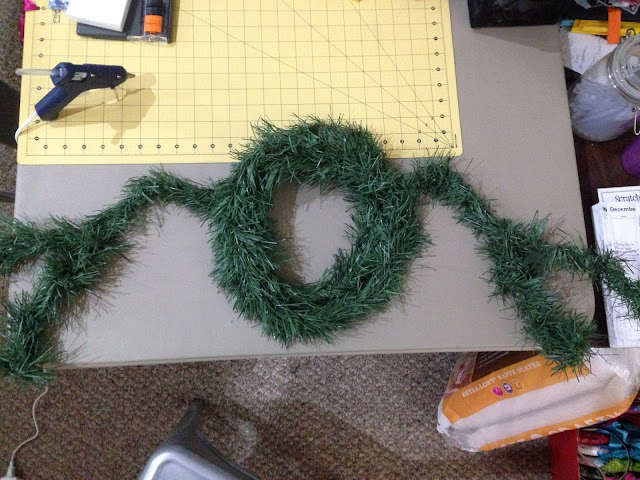 (Don't mind the mess in the picture - lots of crafting going on up in here!)

For the eyes, I just eyeballed it (hardy har har) and freehand cut the yellow felt. 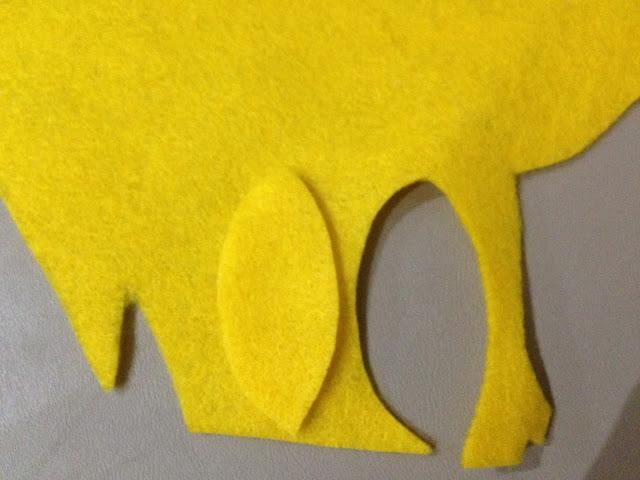 Once cut, I placed them on the wreath to make sure they looked ok.  Felt is pretty easy to tweak, so if you need to make any changes, do it before you glue them on! 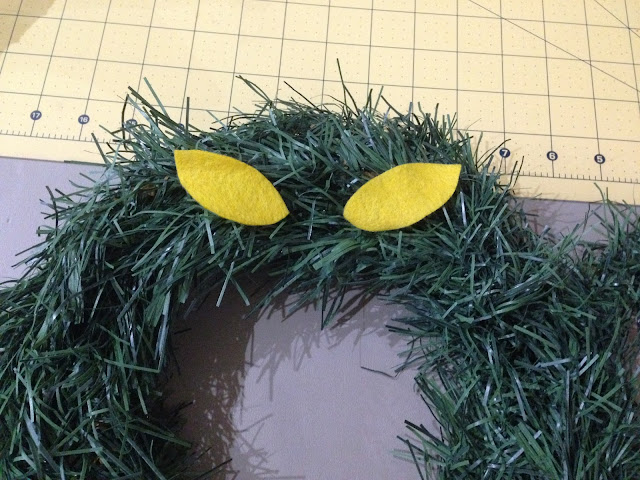 I then cut out little black circles of felt for the eyes, but you can also use a black marker if need be.  Using the white felt, I cut out some sharp teeth!  Once again, I cut them freehand & left a strip at the top so it could be glued to the back of the wreath more easily. 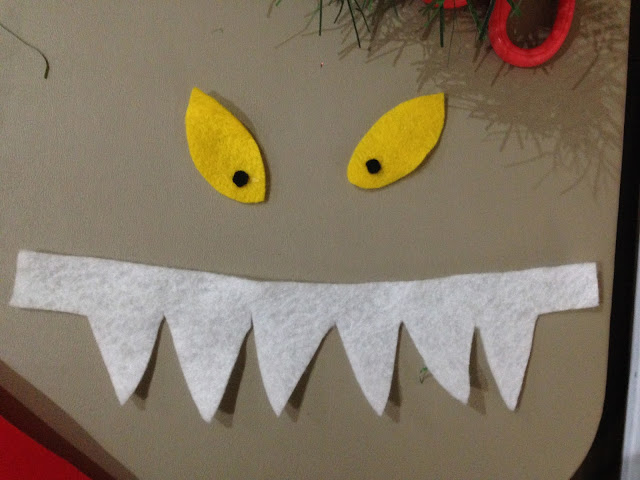 Make sure to attach the red bow BEFORE you glue the teeth down.
And then, using the hot glue & hot glue gun, I glued the teeth to the BACK of the wreath. 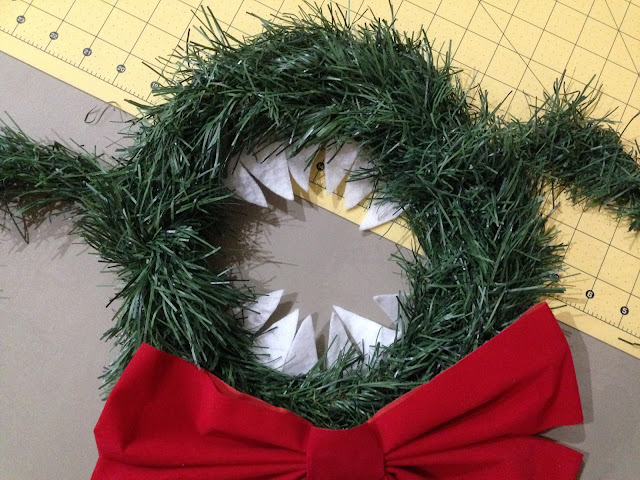 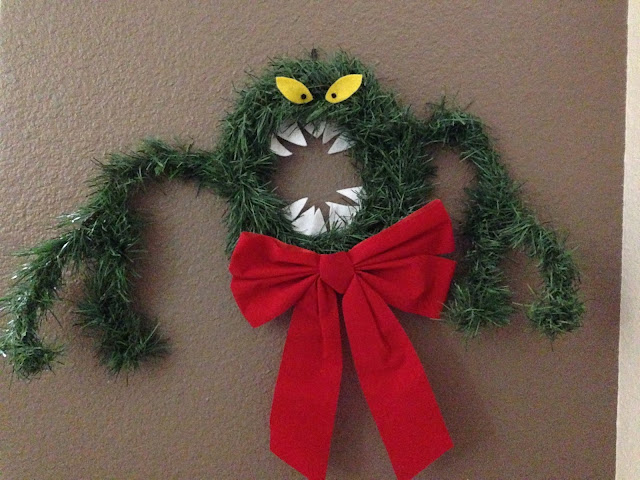 Attach the fake, red berries with your hot glue.  Do you spy a hidden Mickey?? 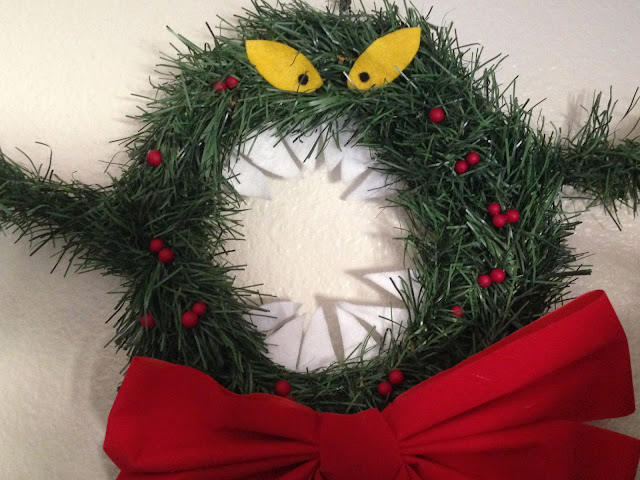 And then add your man-eating wreath along with other Nightmare Before Christmas items for a cute Halloween AND Christmas display! 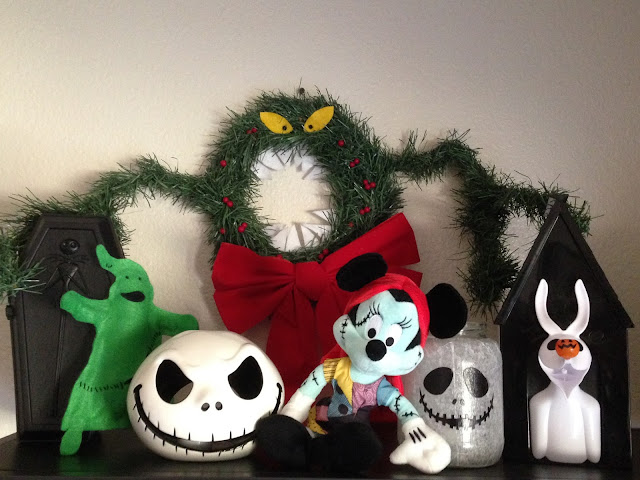