Ok, people!  It's that time of year to start thinking about Halloween costumes!  YES!  So, back in July, I got our tickets for the Disneyland Halloween Party for the end of September and we started thinking up costume ideas.  Yep!  We started brainstorming in JULY as soon as we got our tickets.  Considering the Halloween Party was one whole month before actual Halloween and with 6 people in our group, we needed to start planning early.  Our original idea wasn't working out, so my friend suggested a group costume.  After a bit of research, we came up with Peter Pan - I've always wanted to be Peter Pan for Halloween and with our big group, we had several characters to choose from.

First up, we have Tinkerbell.

My friend's daughter wanted to be Tinkerbell and they wanted her to have a tutu skirt.  My friend had made one of the skirts awhile ago, but couldn't completely remember how to do it, so in addition to her experience, I used this tutorial and this tutorial as guides.

It was actually pretty easy.  And having a cutting mat with rotary blade helped a ton!  My friend said when she made a tutu skirt in the past, the most time-consuming part was cutting the tulle with scissors.  We decided on 3-inch strips & I just folded up the tulle (since it was long) so that I could make just one cut per strip. 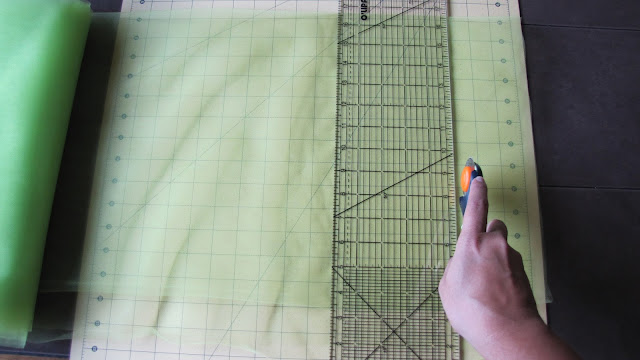 We measured her daughter's waist with the elastic for the band and I sewed up the ends.  We then tied the tulle onto the elastic (it's best to click on one of tutorial links above) until it filled up the elastic band completely. 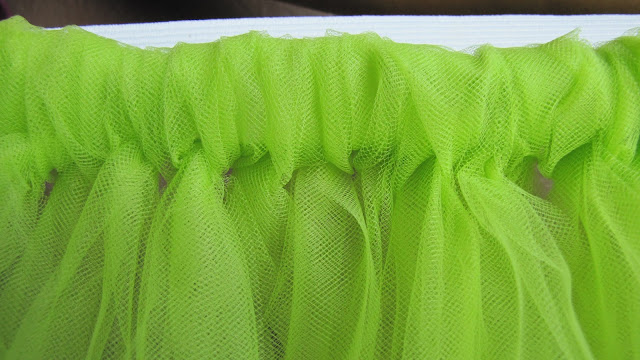 I also made white pom poms from yarn (that I already had) for her shoes.  Her ballet flats happened to have cut-outs all over, so all I had to do was slip the ends of the pom poms through the cut-outs and tied them inside. 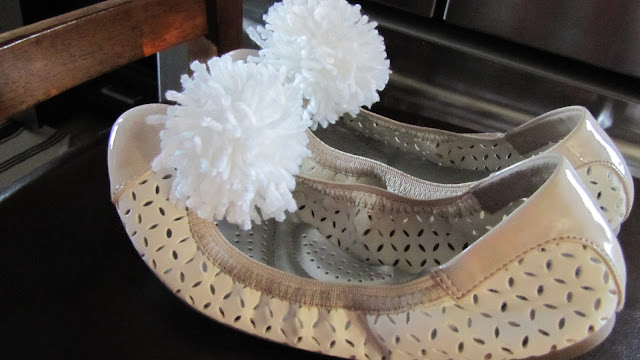 The rest of her costume consisted of white leggings, a t-shirt (you could also use a tank top instead) & fairy wings.  The awesome thing is that she can use the leggings & t-shirt afterwards for normal wear. 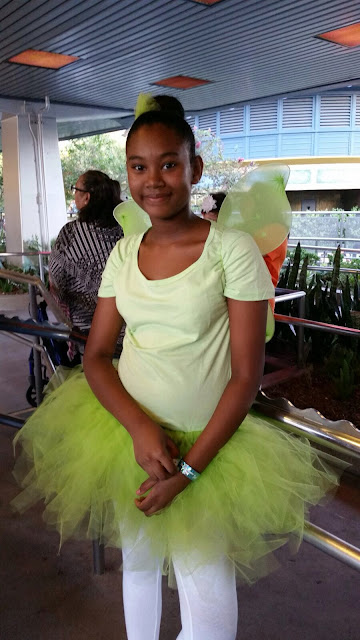 Stay tuned for more on our group costumes!