I know Summer is almost over, but I just realized I never shared my Spring Fun post.  Oopsie!  So, let's get started...

Spring started out with a visit to see family for my nephew's birthday.  It also happened to be Easter weekend, so we dyed eggs also. 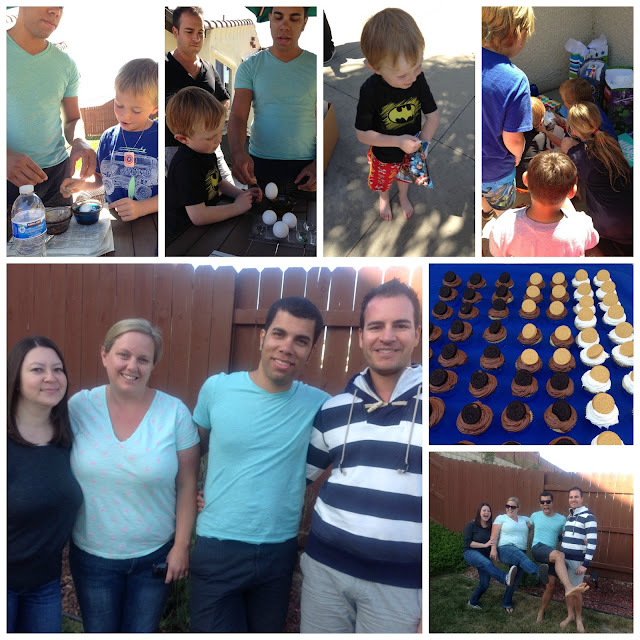 Some of my friends and I went to see Anjelah Johnson's show at one of our local casinos.  We love her comedy and she didn't disappoint! 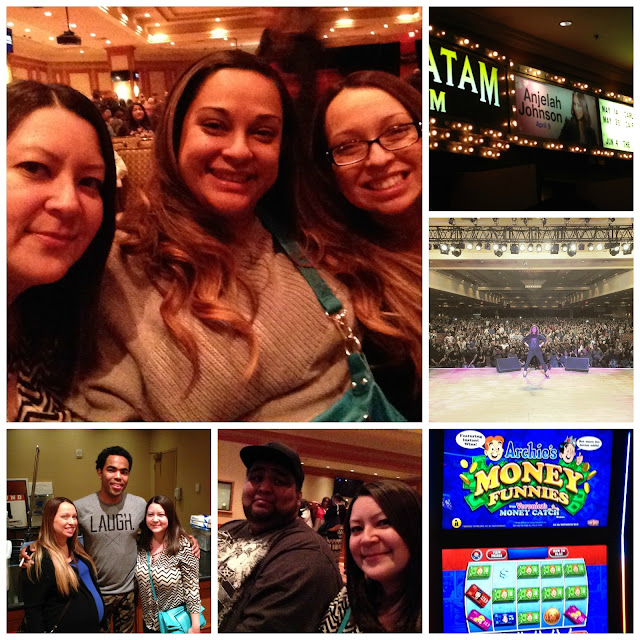 I also celebrated a huge birthday - the big 4-0!  We stayed at the Wynn in Vegas (so nice!) and before heading out to dinner, we had drinks at the Vdara lobby bar where one of our friends is a bartender.  Then, we had a great dinner at Joe's Seafood, Prime Steak & Stone Crab before heading over to see Jerry Seinfeld at Caesar's Palace. 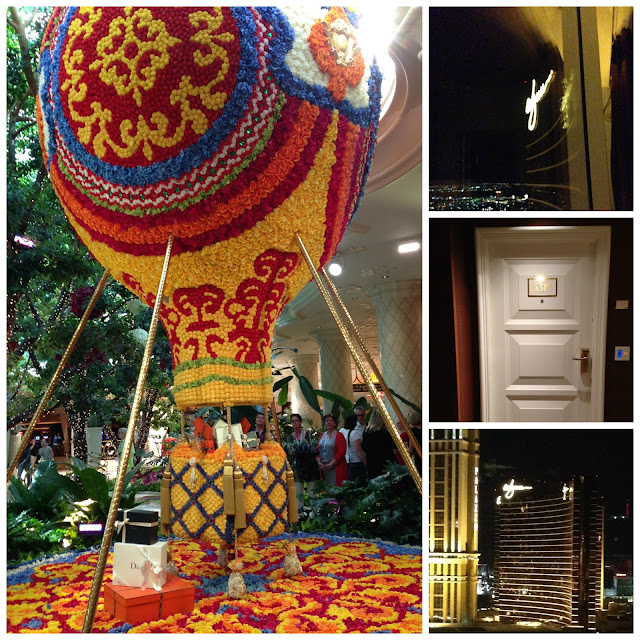 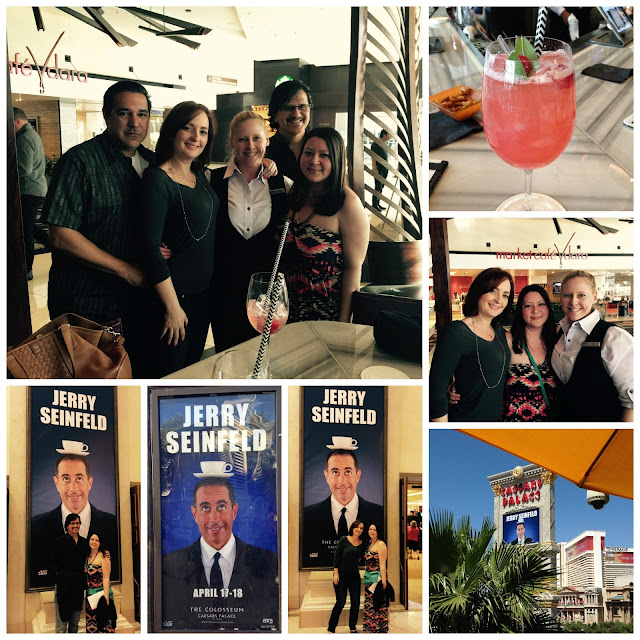 Afterwards, we took a ride on the High Roller, which gave us awesome views of the city. 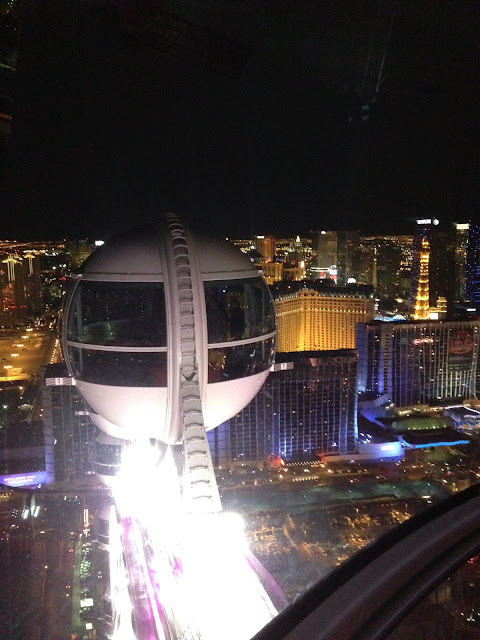 After the High Roller, we walked around the strip where we got our picture with a stinky, fake Olaf. 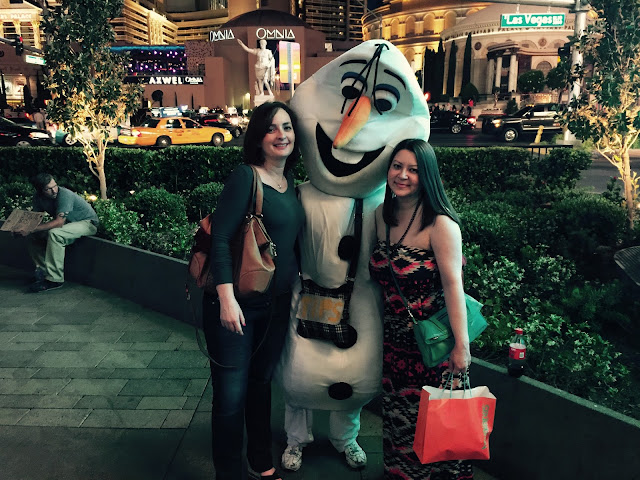 Before leaving Vegas, we had an awesome lunch at Margaritaville and killed a plate of Volcano Nachos.  Yummmmm! 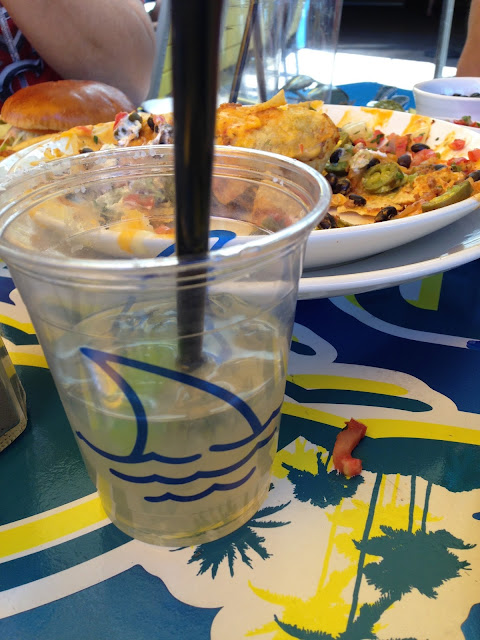 And what would a birthday be without a trip to Disney?  We didn't actually go into the parks, but we had lunch at Storyteller's at the Grand Californian Hotel.  Not only did my friends surprise me with an awesome cake, but the restaurant also surprised me with an autograph from the main Mouse.  :) 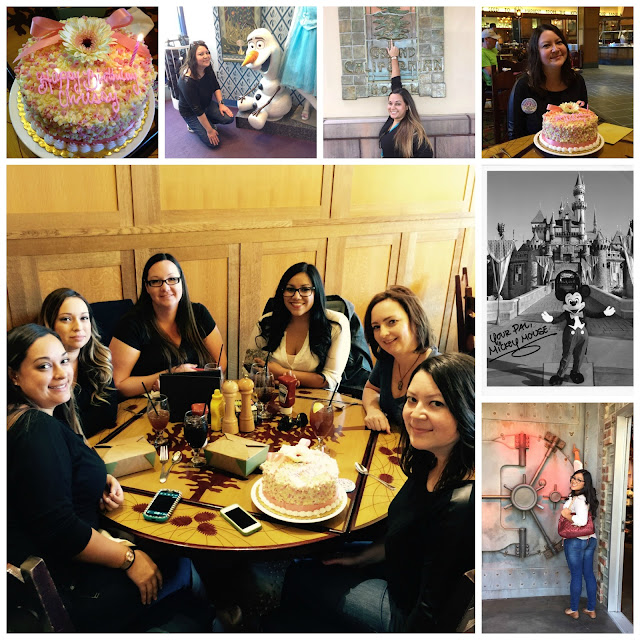 What comes along with turning 40?  Yep, a mammogram.  I'll admit to being pretty nervous to have it done because I've heard that hurts, but it wasn't bad at all! 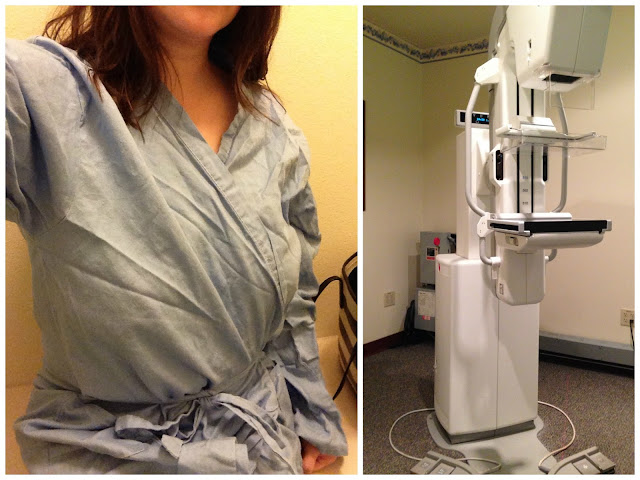 I was pretty bummed a few years ago, when I missed out on seeing Berlin and A Flock Of Seagulls when they played in my town for it's free summer concert series.  So, when they played in a nearby town for another free concert, I made sure not to miss!  Both bands played their hits, but Berlin was still awesome!  Terri Nunn looked & sounded so good and she really rocked out. 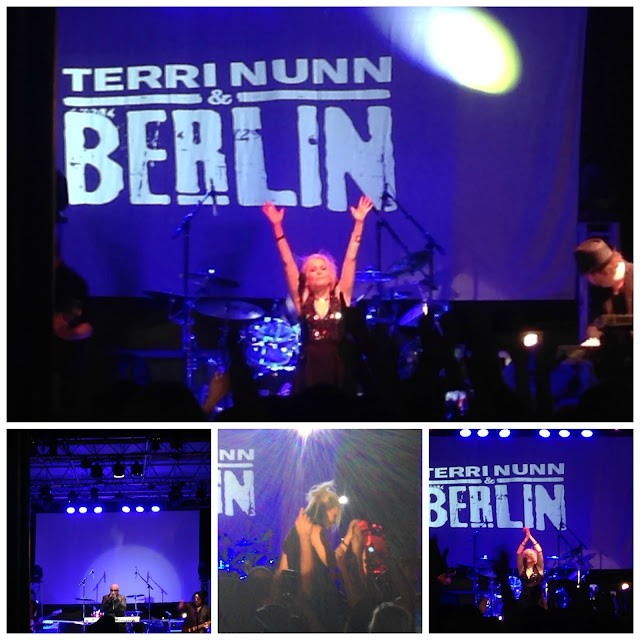 It was a spring filled with comedy shows & concerts apparently!  I went to see Lana Del Rey with some friends at the Hollywood Bowl in LA.  And when we were headed out to dinner before the show, we walked right past an actor who was a semi-regular on "Nip/Tuck" (if you watched the show, you will for sure recognize him from the photo below.  He looks pretty much the same in person). 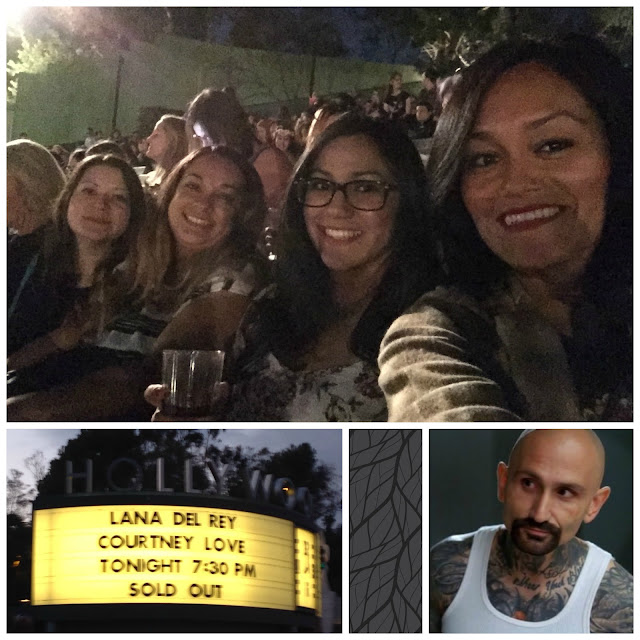 We also celebrated baby Josiah at my friend's baby shower in May.  He was born last month and is so cute! 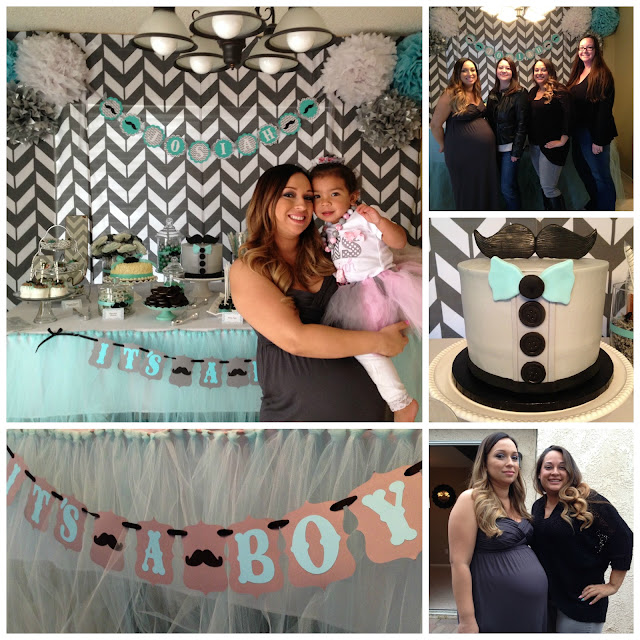 It had been awhile since our last Disneyland trip and we hadn't gone since the 60th Celebration started, so we made sure to get in at least one more trip before our passes were blocked. 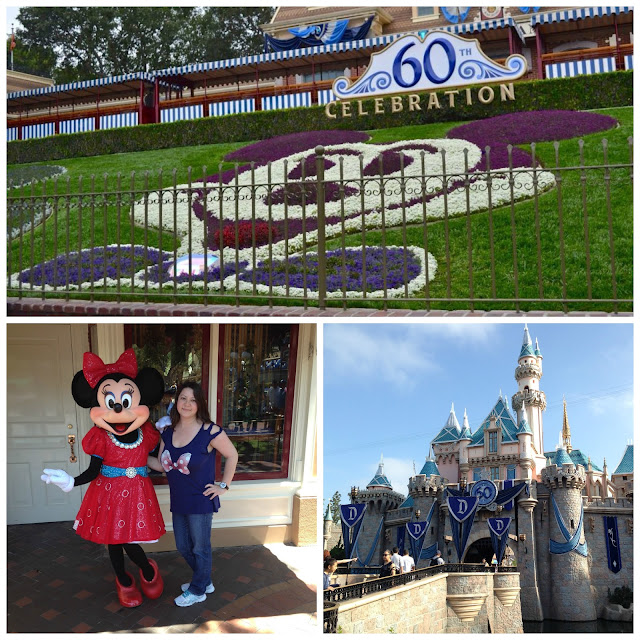 I'm not much of a parade or fireworks watcher at Disneyland, but I'd been hearing so much great stuff about the new "Paint the Night" parade and "Disneyland Forever" fireworks, that my friend and I decided to make a special trip after work to have dinner and watch the parade & fireworks.  And they did not disappoint! 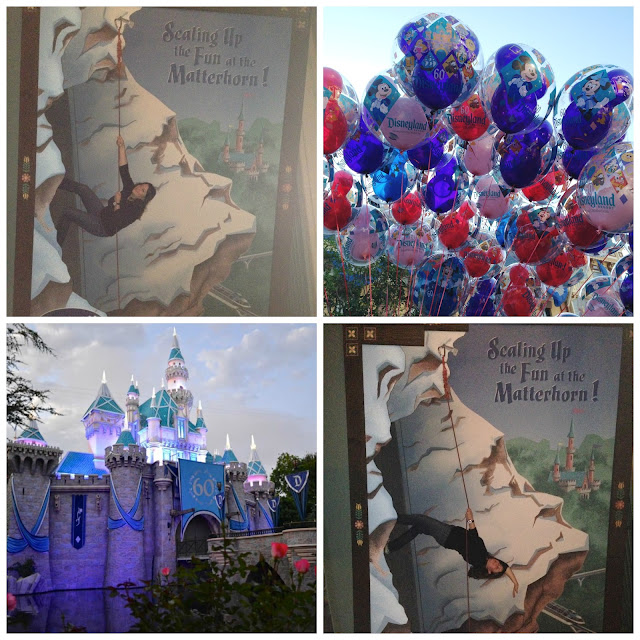 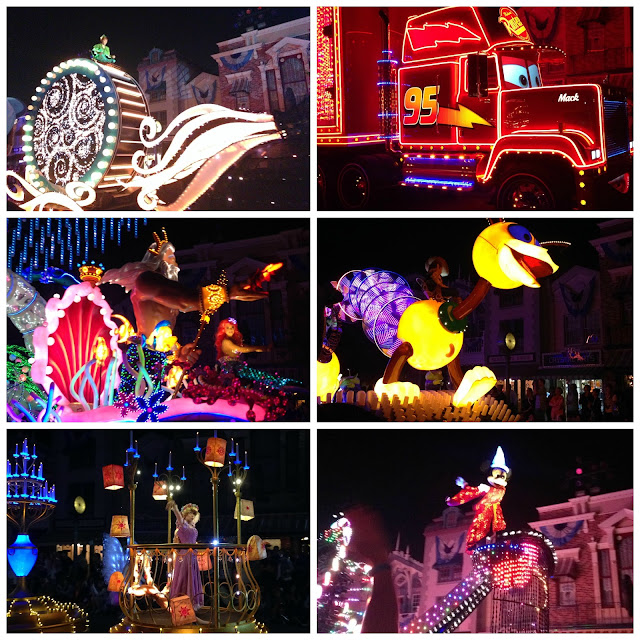 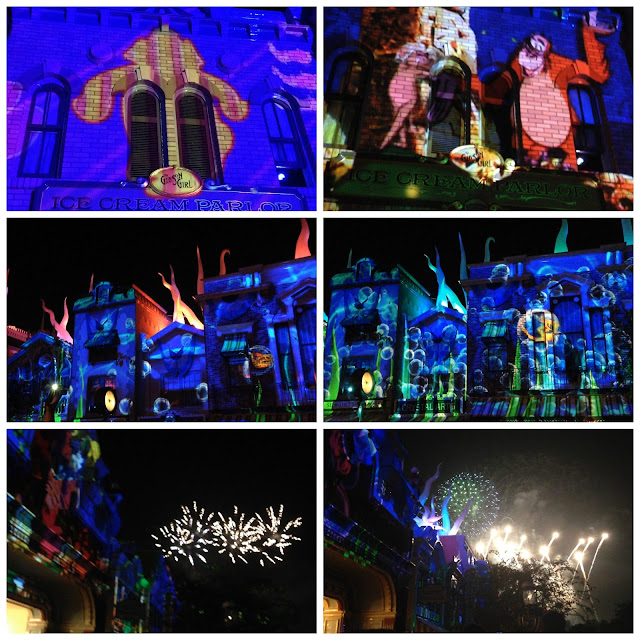 My brother-in-law works for one of our local casinos and I have to say, they treat their employees, really, really well!  They treated their employees and families with free admission for 4 to Universal Studios Hollywood and it also included free parking and free lunch & dinner.  Sweet!  My brother-in-law had to work, so I took the kiddos and the babysitter.  It was my niece's first time there and we all got to ride the Minion ride for the first time (she loved it so much, I had to take her on it again).  My nephew & I went on the Jurassic Park ride and I got soaked, of course. 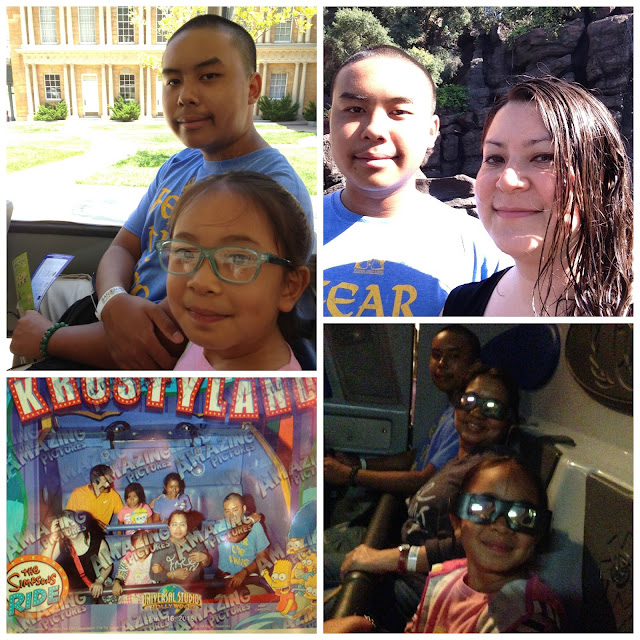 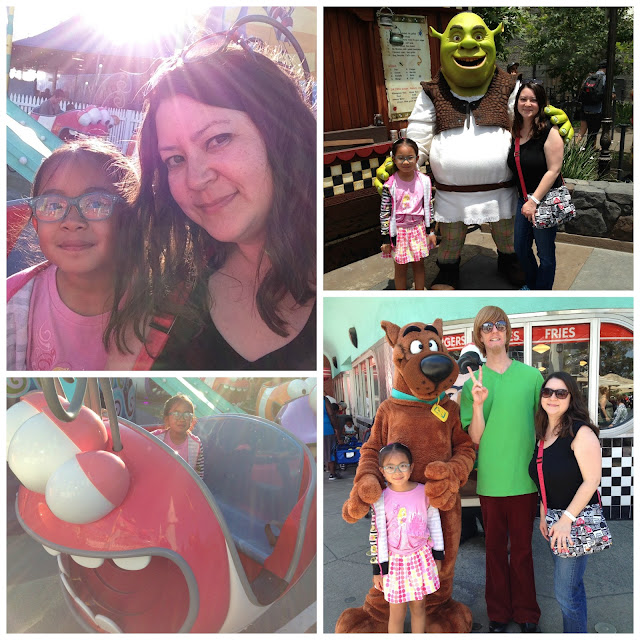 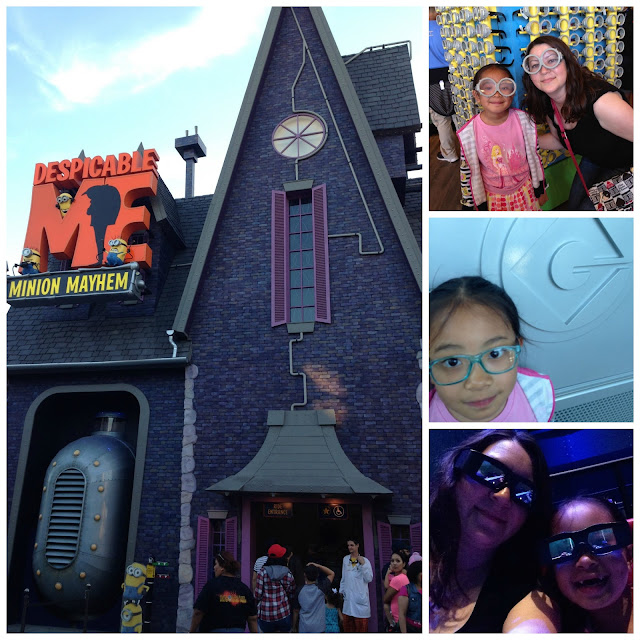 I also got to see some of the progress of the new Wizarding World of Harry Potter that's slated to open in the Spring of 2016.  I CANNOT WAIT!  Seriously, I think I was more excited to see this than anything else in the park. 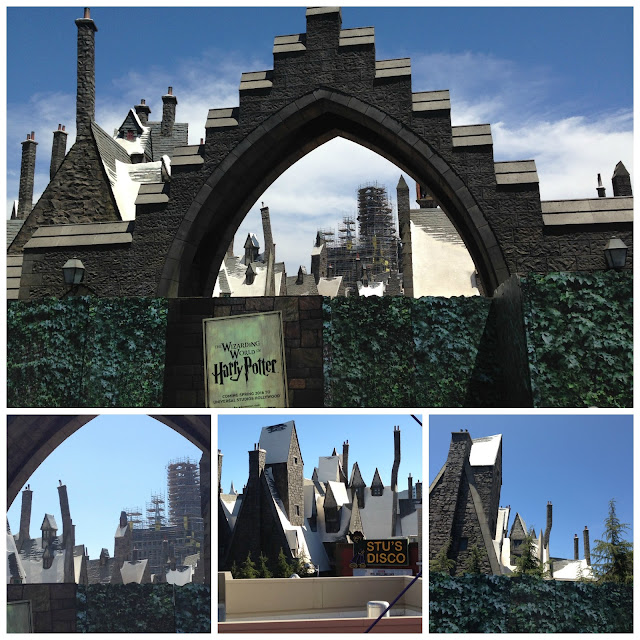 My sister took the kids to Thailand to visit our family for a month in July, so I wanted to make sure to take the kids to do some things after they got out of school & before they left on their trip.  So, one of the places we went was to the LA County Museum of Natural History.  I'd never been there before, but had been wanting to go to see the dinosaur bones.  My niece had been there they year before and she made sure to play tour guide.  ;)  We all LOVED it, though, and I would highly recommend it! 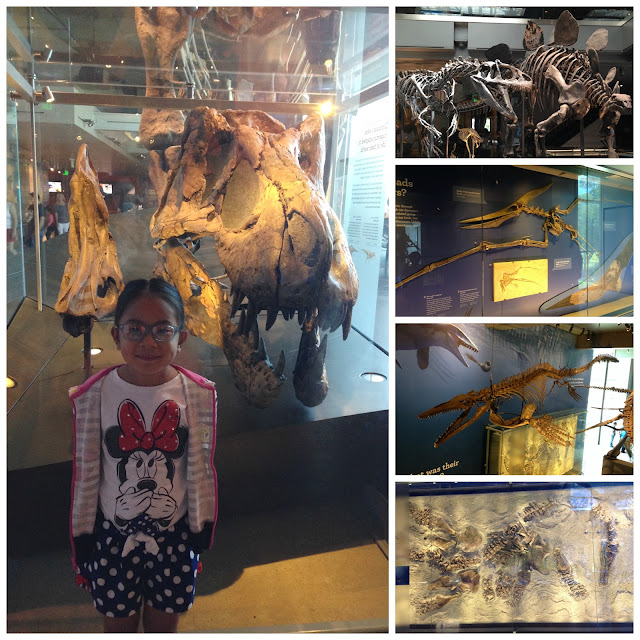 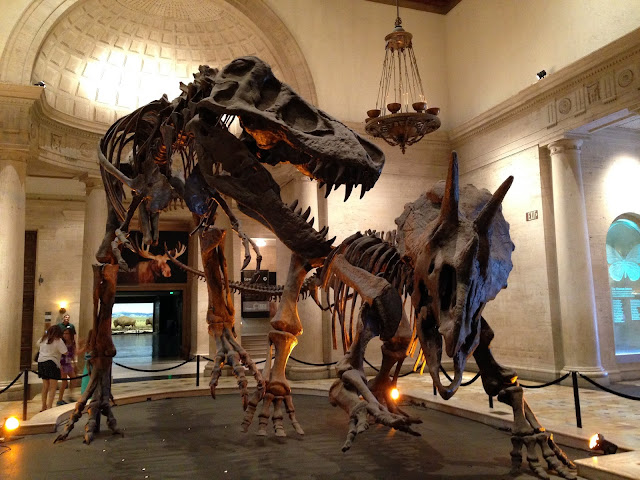 I took my niece to see "Inside Out" and she instantly declared it is now her #1 favorite movie - even ahead of "Frozen"! 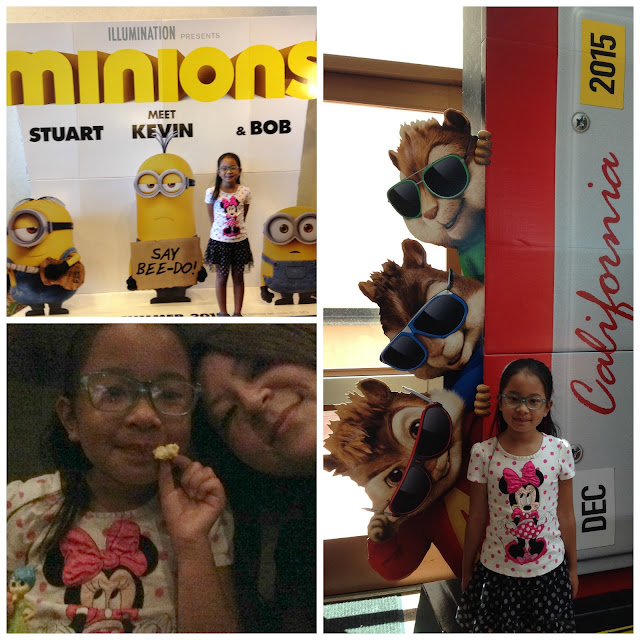 I didn't realize how much I did in such a short time, but it sure was a lot of fun!