This is the last bathroom reno post before the big reveal!  The bathroom has actually been completed for over a month now and I'm loving it!

The last two major steps in finishing up the bathroom were to install the vanity & faucet.  I've never installed a faucet before, but I'd seen lots of tutorials & videos and it looked easy enough.  This is the vanity set I bought a couple of years ago at Home Depot - I got it for a pretty good deal (it was just under $200 for the cabinet, countertop, and mirror), so I snagged it up and stored it in the garage until I was ready to makeover the bathroom.  I was by myself when I was ready to bring it inside from the garage, so I had to get creative with how I was going to get it inside (hence the blanket underneath the box). 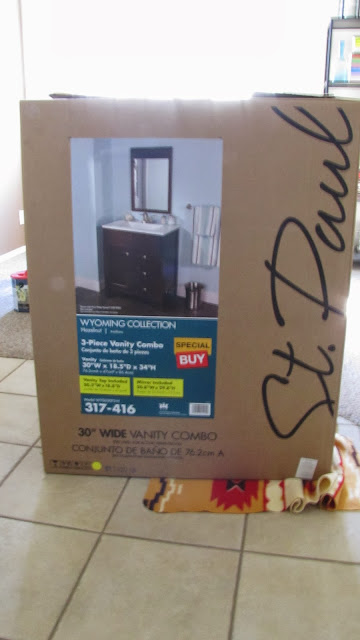 I placed the vanity cabinet inside the bathroom... 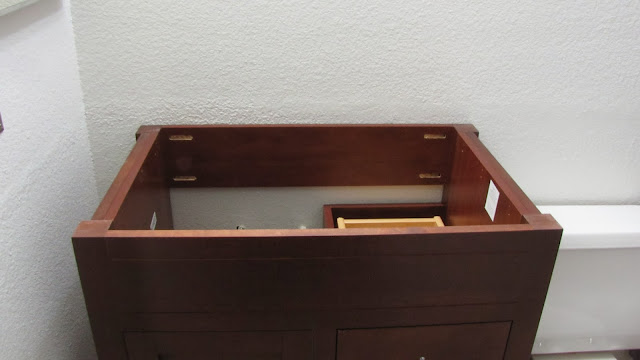 ...and promptly discovered that these pipes were in my way. 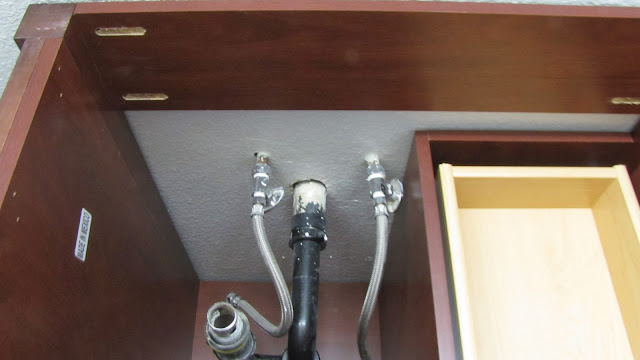 Because of these pipes, the cabinet won't push all the way to the corner and makes it sit pretty close to the toilet.  In the picture above, you can see that the cold water pipe's shut off valve is facing down and to the right.  I figured that if I could get it to face in the other direction, that would get me another inch.  And I could use all the space I could get!  After moving the cabinet back out of the bathroom, I carefully turned the shut off valve until I got it in the position I wanted and tightened up the bolt to stop the slow leak it created (I also made sure to put a bucket underneath just in case). 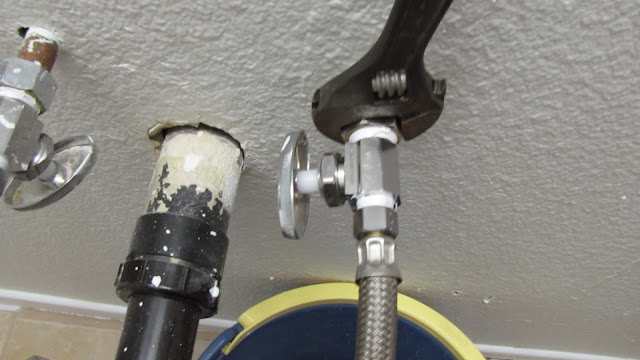 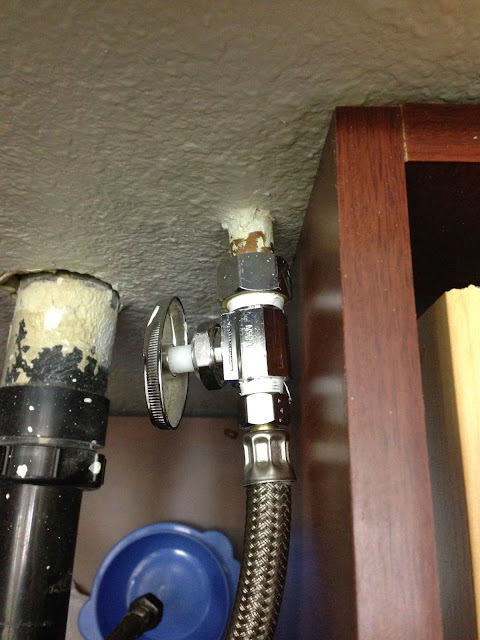 Now that that was taken care of,  I installed the vanity countertop and used silicone underneath to adhere it to the cabinet.  Fortunately the legs were also adjustable, so I adjusted them all to make sure the cabinet was nice and level. 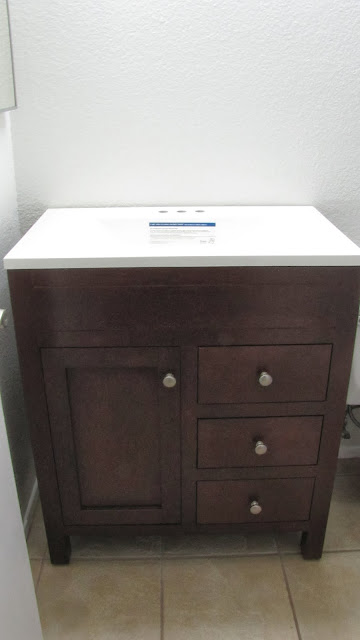 Next up was to install the new faucet...nothin' fancy - just something simple & nice and it was only $34. 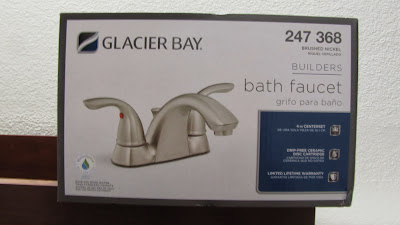 I watched Cleverly Inspired's video tutorial and read Domestic Imperfection's & Sand And Sisal's blog tutorials, which helped greatly.  I just made sure to also carefully read the instructions that came with my faucet - the parts weren't exactly the same as the faucets in the tutorials, so there were some different steps.

Since this was a brand new cabinet and faucet, I was able to install the faucet onto the countertop prior to sealing the countertop to the vanity base, which made this step waaaay easier. 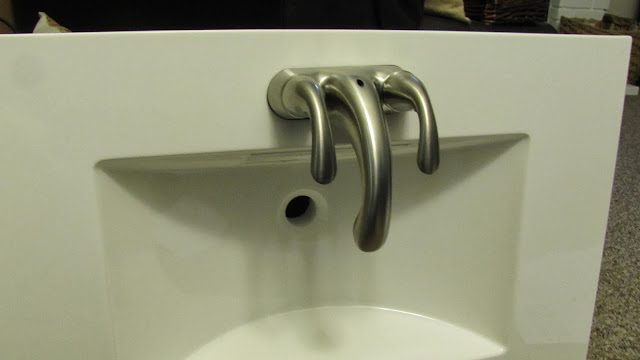 And once I got the drainpipe installed, this is what I discovered... 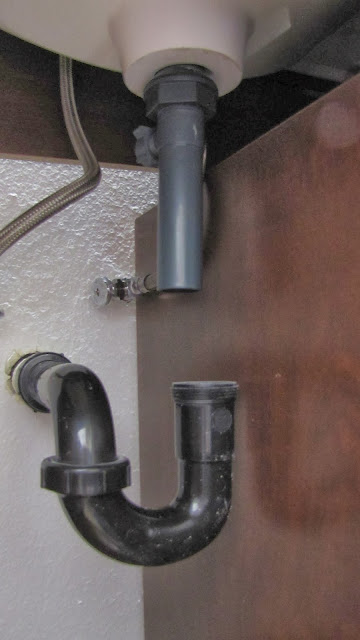 This new cabinet is taller than the previous one, so the drainpipe wasn't long enough to reach the p-trap.  Back to Home Depot I went (I swear - I was there probably about 5 times in a matter of a week at one point).  I found this neat, flexible connector piece.  I decided to shell out the extra buck or two - the pipes didn't line up perfectly, so this was a great way to still connect the two and not worry about moving the cabinet to line them up (plus I forgot to measure before I left the house, so this took care of that issue also). 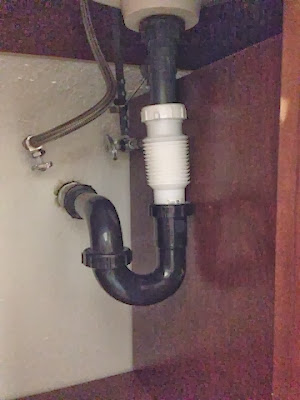 After that, I was all set and ready to go!  The only thing was left was to decorate and I already had a plan for that.  Stay tuned for the big reveal!