Hello again!  Even though I was quiet on the blog for awhile, I actually got a lot done around here - just didn't have time to post since I was super busy.  During that time, I got some painting done.  The guest room had an accent wall - it was a nice red color, but it was too dark for the room and I very quickly got tired of it.  I had other projects that were more of a priority, so I just left it red until I felt like painting (have I mentioned that I hate painting?  Although, I'm starting to enjoy it.  Except for the prep work.  That's the worst).  I decided to use my guests' visit as an excuse to paint.  I gave you all a sneak peek of what color I chose.

This is how the room looked when I bought the house. 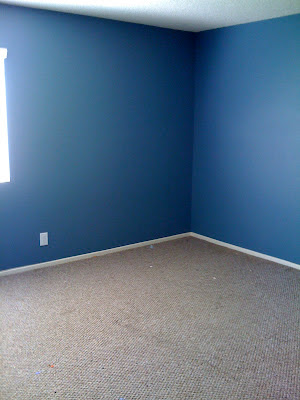 And here's a picture of the red accent wall that was painted almost a year after I bought my home. 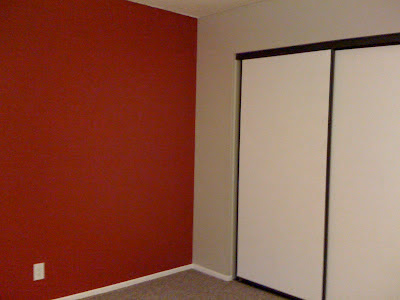 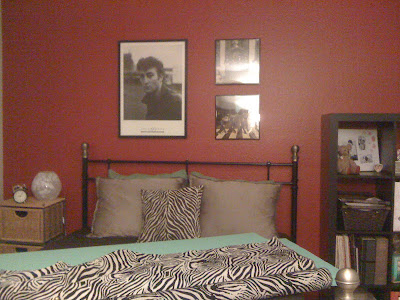 The red is Behr's California Poppy and the other walls were painted Behr's Wheat Bread (the bottom picture is a cel phone picture - the actual color looked more like the top one).

Here is what I chose to re-paint it with... 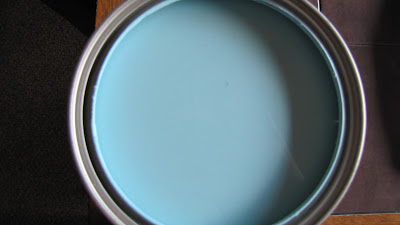 Valspar's Bay Mist.  I had decided that I wanted an aqua/turquoise/teal color and after buying a few samples, this is what I chose.

I could have bought the paint with the primer in it, but I decided to prime the wall separately first.  There were lots of problems when painting the wall red - the manager at Home Depot didn't tell me that red is a tricky color to paint, so it didn't get done correctly and 1 1/2 gallons of paint was used on just this 9x13 wall!  (And yes, I did complain to Home Depot about it and got the 2nd gallon free).   So, I put two coats of primer on the wall.  Yay!  It already looks so much better! 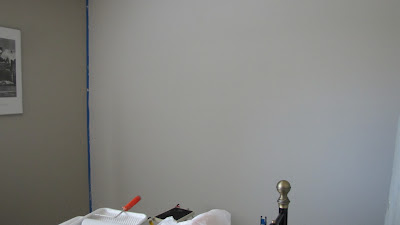 And then I put on two coats of the paint color.  Love it! 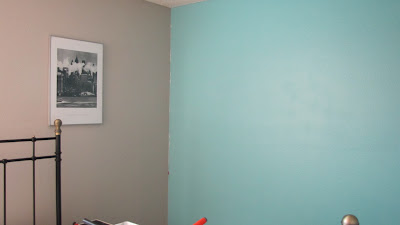 As I mentioned, I hate painting.  And I'm not good at it - well, I don't paint often enough to get better (that is slowly changing though - I'm liking it more now).  I don't know if it was the brand of tape I bought, the texture on the walls, or what, but when I pulled the tape off, it pulled up some of the new paint.  And no, I didn't pull up the tape when the paint was still wet like you're supposed to - I had to leave the house right after I put up that 2nd coat. 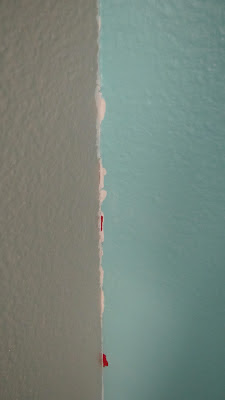 Anyhoo, you can see in the picture above that the primer seeped through the tape and got on the Wheat Bread walls.  And then it pulled up the new Bay Mist paint - some of it down to the old red color.  But!  I came up with an easy solution. 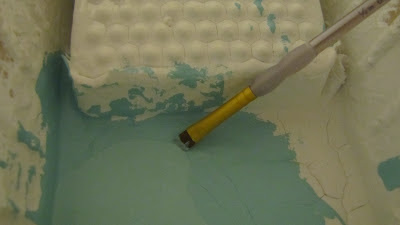 I bought a set of artist paint brushes (with my Michael's coupon & gift card - score!) and figured that it would be the easiest way to cover up those "imperfections".  It worked perfectly!  I didn't have to re-tape - I was able to free-hand it very easily.  And while I was at it, I covered up some other imperfections that I found on the Wheat Bread color with the sample container that I still had.  :) 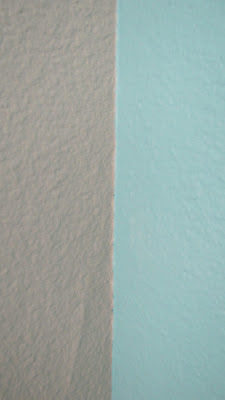 And here's the wall all done. 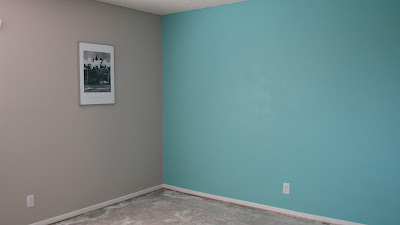 I'm so happy with how the wall turned out.  I love this color - it's so much brighter and cheerier (yes, that is a word.  I thought it wasn't, but I just looked it up.  Hee).  It also goes really well with the other color in the room.  And because we love before & after pics...

I'll have a guest room reveal post up soon.  It's more of an "in progress" reveal, but it's looking much better than before.  And by the way, is everyone shocked that it's already going to be August?  One of my boss' kids already started their new school year today!   Crazy!  But, I'm ready for this insane summer to be over and head into one of my favorite times of year - the Fall!  I hope everyone is having a great week and stay cool!  Thanks for stopping by.  :)

Posted by http://adventuresindiy1759.blogspot.com/
Posted by Chrissy @ Adventures in DIY at 11:50 PM