Hello!  I hope everyone's year is off to a good start!  Can you believe it's February already?  Did you catch the Superbowl?  Even though I wasn't rooting for either team, it was a pretty exciting game!

Anyhoo, I know we're already in the middle of winter, but I never shared pictures from all the fun happenings from the Fall (my favorite season).  So, here we go...

The Totally 80's Bar & Grille opened up right by my friend's house.  Since we *heart* 80s music, we went to opening night and it was a blast!  This place has become a popular spot.  They often host cover bands, but have even hosted some of the real deal like Missing Persons, ABC, Tiffany and Berlin is going to be playing there in April.  If you live in the Fullerton, CA area, go check them out! It's an awesome place (and yes, that's a Delorian, like the one in "Back to the Future".  It's the owner's car, so you'll see it parked out in front all the time). 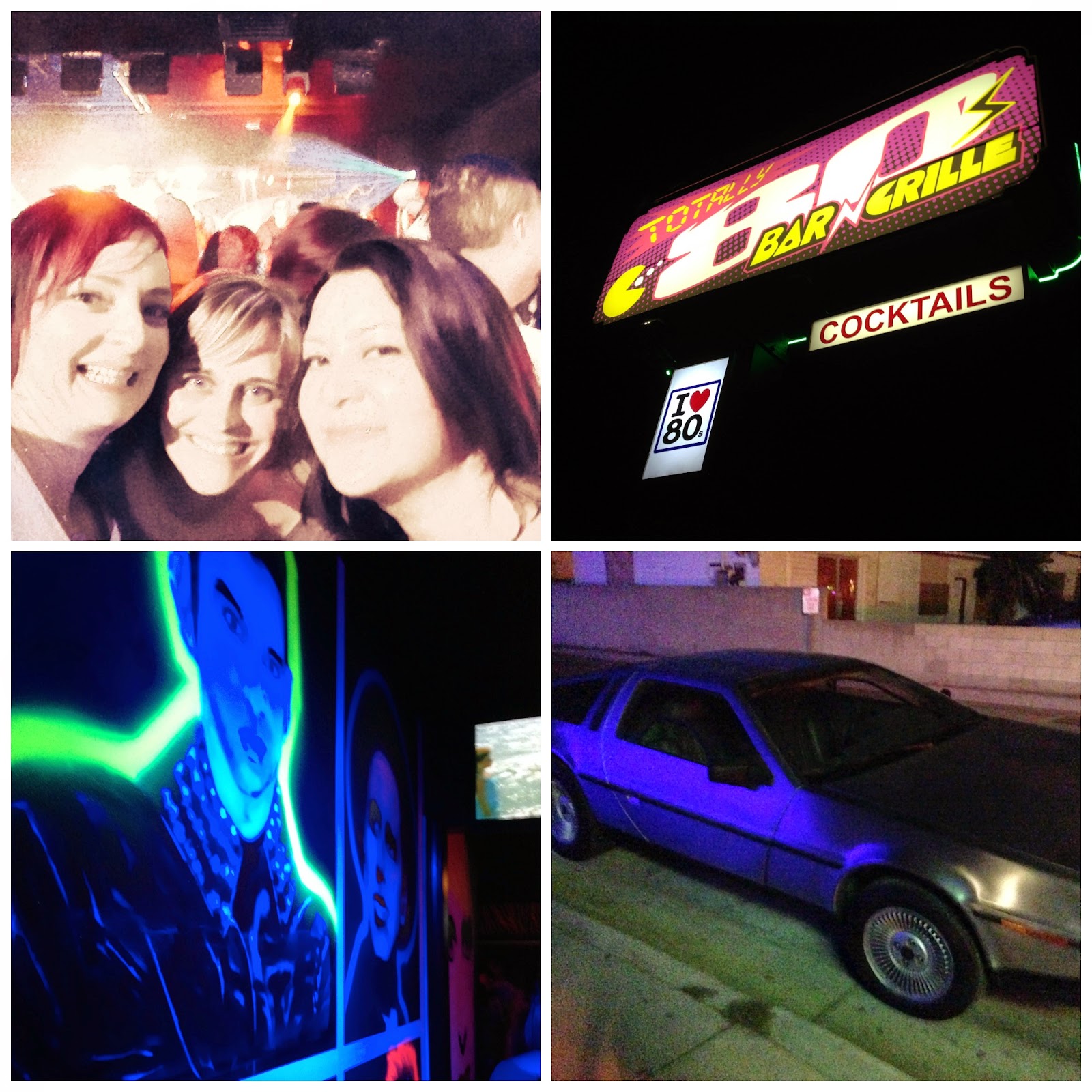 Ahhh....Halloweentime at Disneyland.  My favorite!  I went with a couple of friends after work.  I don't often go at night, so the times that I do, it's like a whole new experience. 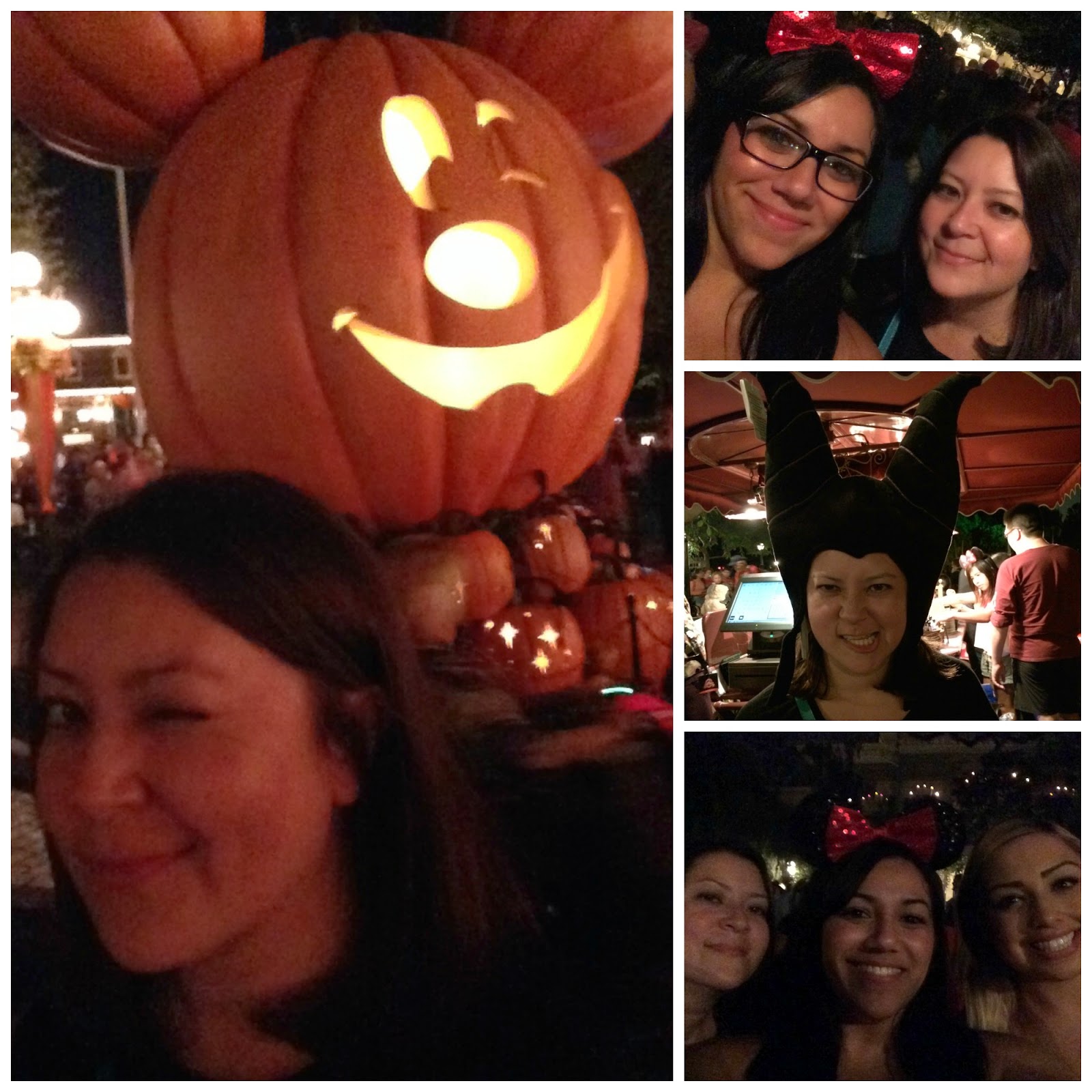 The following week, was the family trip to Disneyland.  One of my BFFs works there, so she signed some of the family in and she joined us for the day.  My niece wore the Minnie Pumpkin shirt that I made for her - how cute is it that her skirt matches Minnie's bow?!  We had a lot of fun - it's rare when we get to do things like this together, so it was a special day. 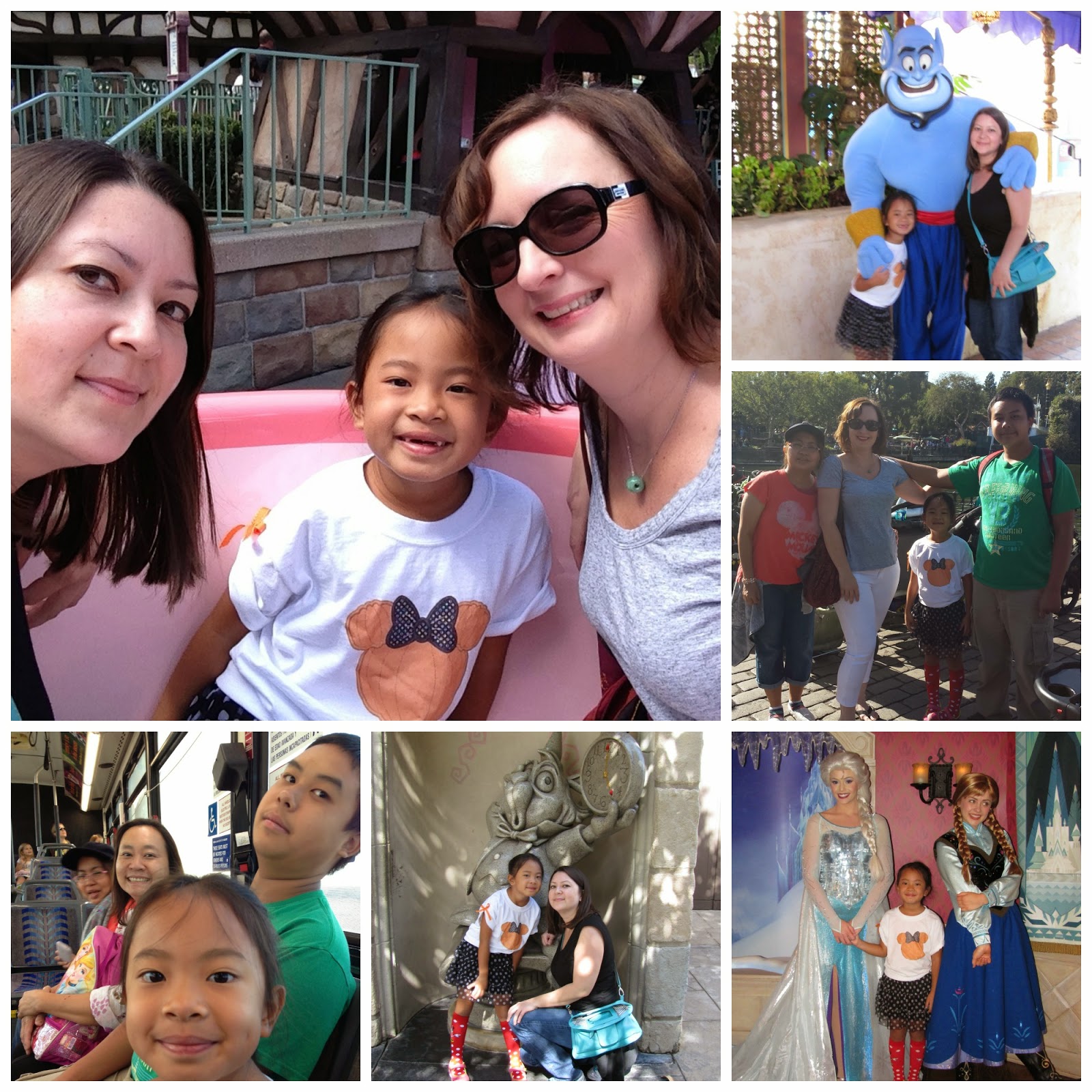 Oh, another Disneyland trip?  Yep.  This time it was to their Mickey's Halloween Party.  It had been a few years since the last time I went when I took my nephew.  We went with my friend and her son & daughter.  I actually had planned to take both my nephew & niece, but my nephew had a school field trip that wouldn't get back in time to go, so we took my friend's nephew.  I made an iron-on Minnie shirt for my friend, which you unfortunately can't see in the below picture.  The kids had fun getting candy and the lines for the rides were short.  They even had a special passholder line for a special treat (we got a cute rice krispie treat & a Big Hero 6 drawstring backpack/bag).  I'm planning to take my niece (& nephew, if he doesn't feel he's too old for it by then) again this year since she had so much fun. 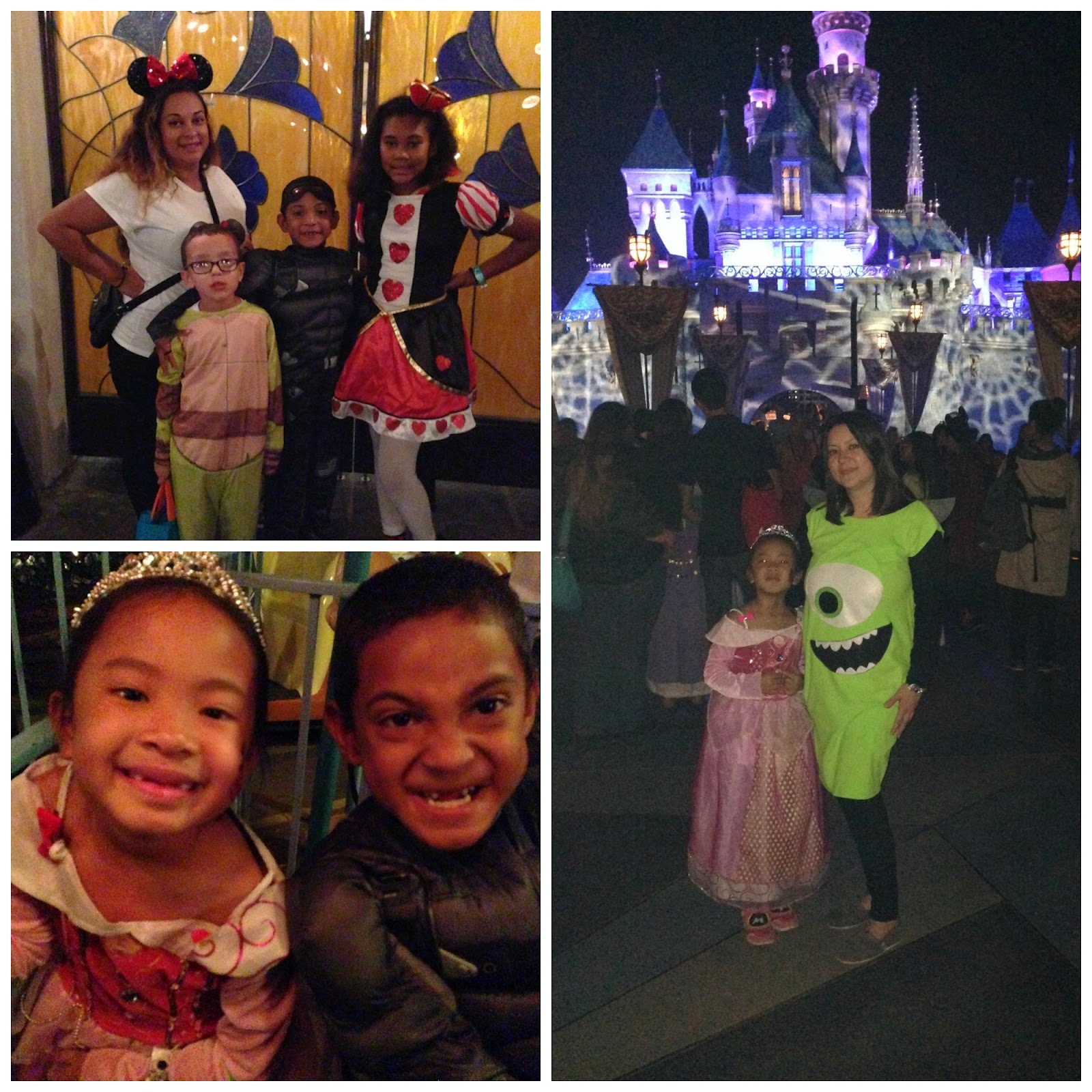 My niece turned 6 in October!  We had a surprise party for her at a friend's house.  And yep, those are "Frozen" cupcakes.  Doesn't my niece & my sister look so much alike?  :) 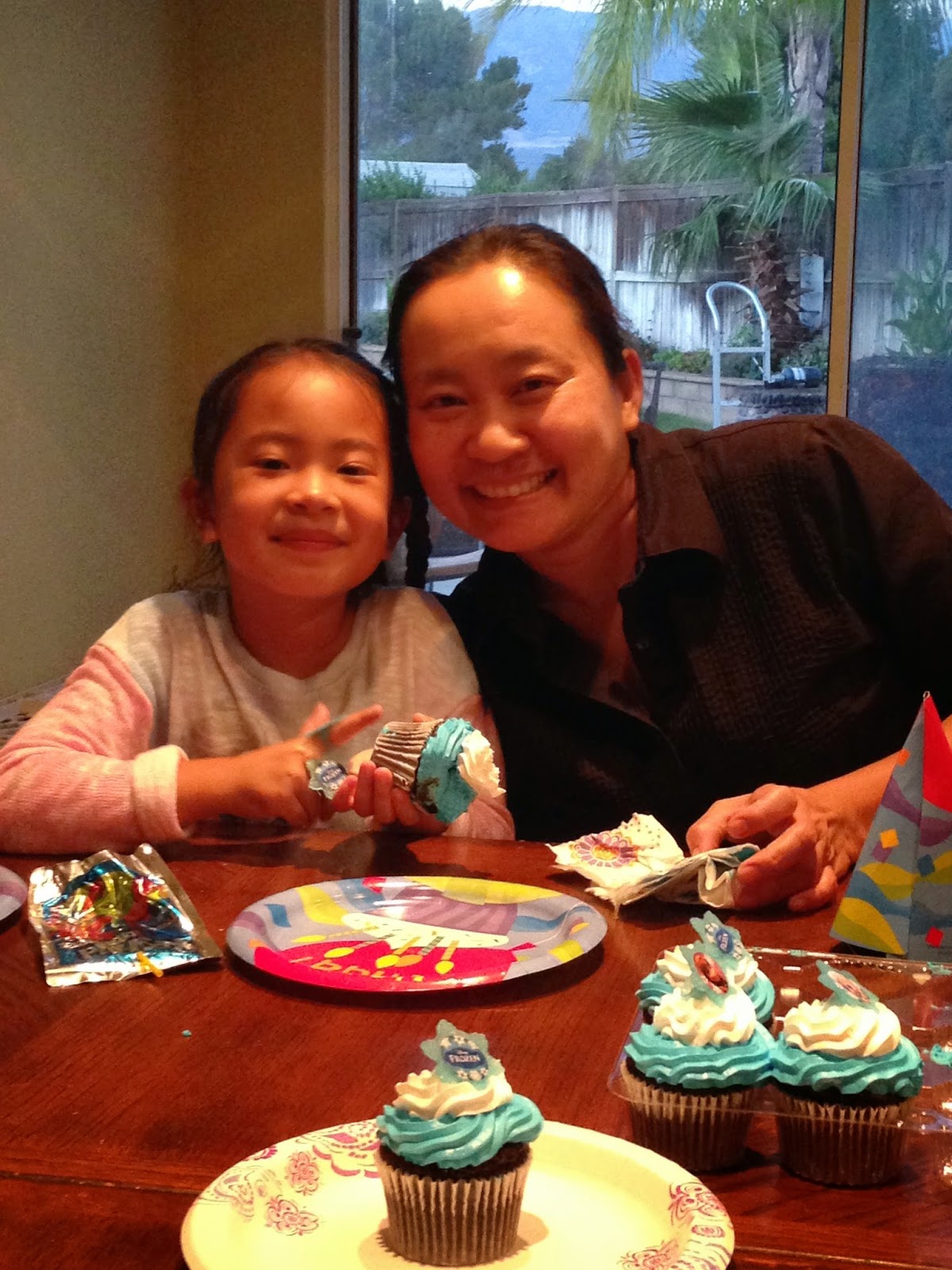 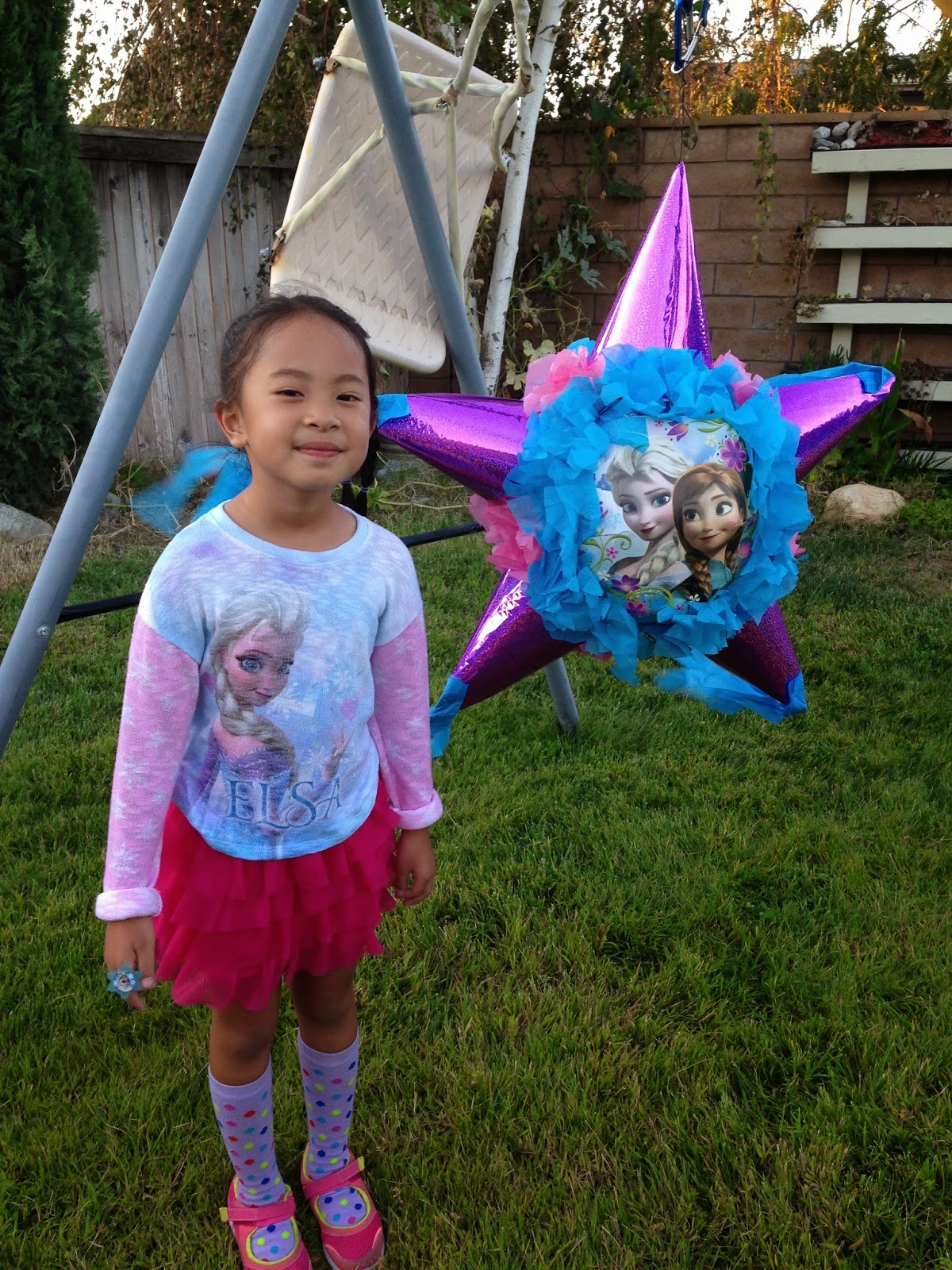 I went to my first ever "Rocky Horror Picture Show" viewing with one of my BFFs.  They showed it at an old cemetery, which was kind of creepy and cool at the same time.  Lots of fun! 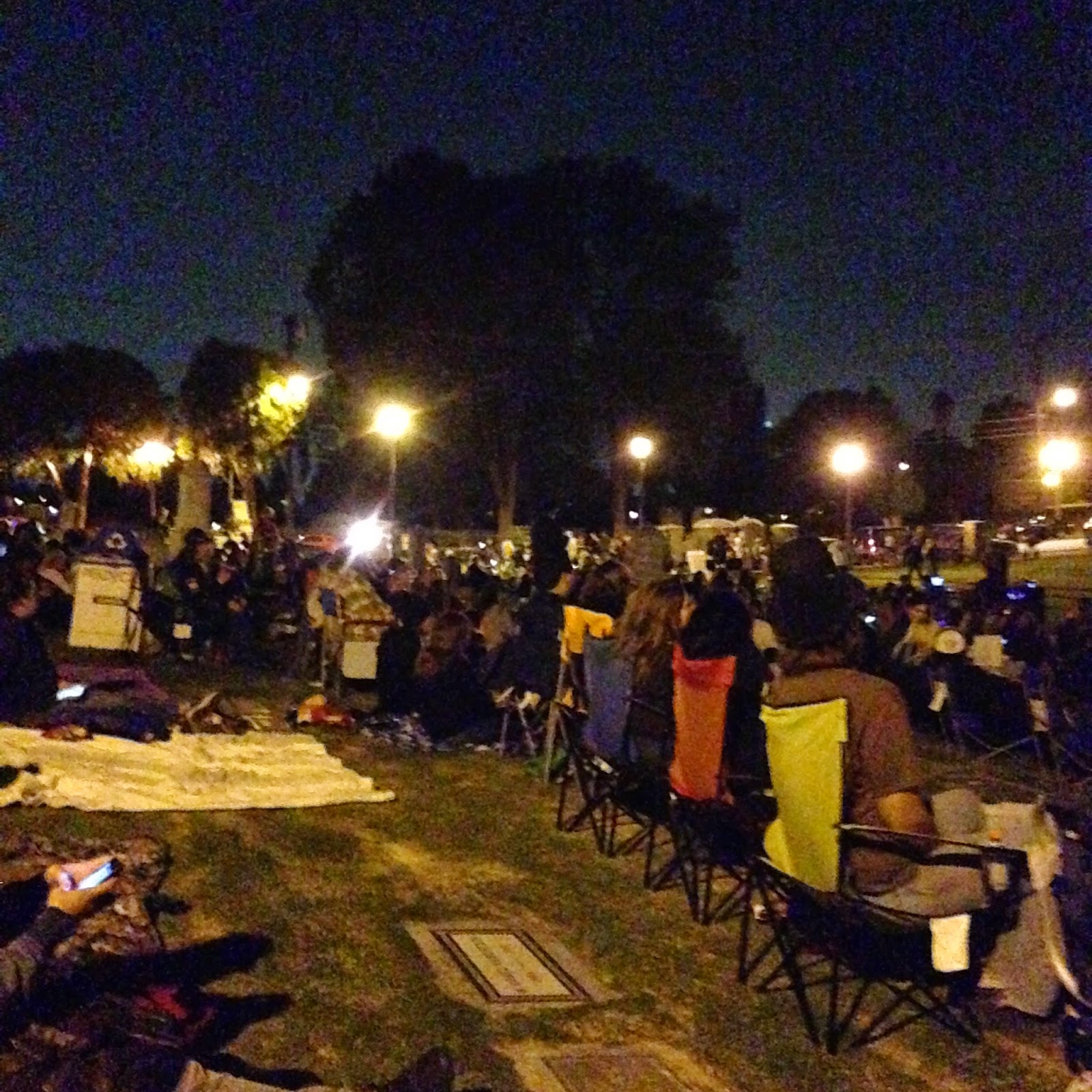 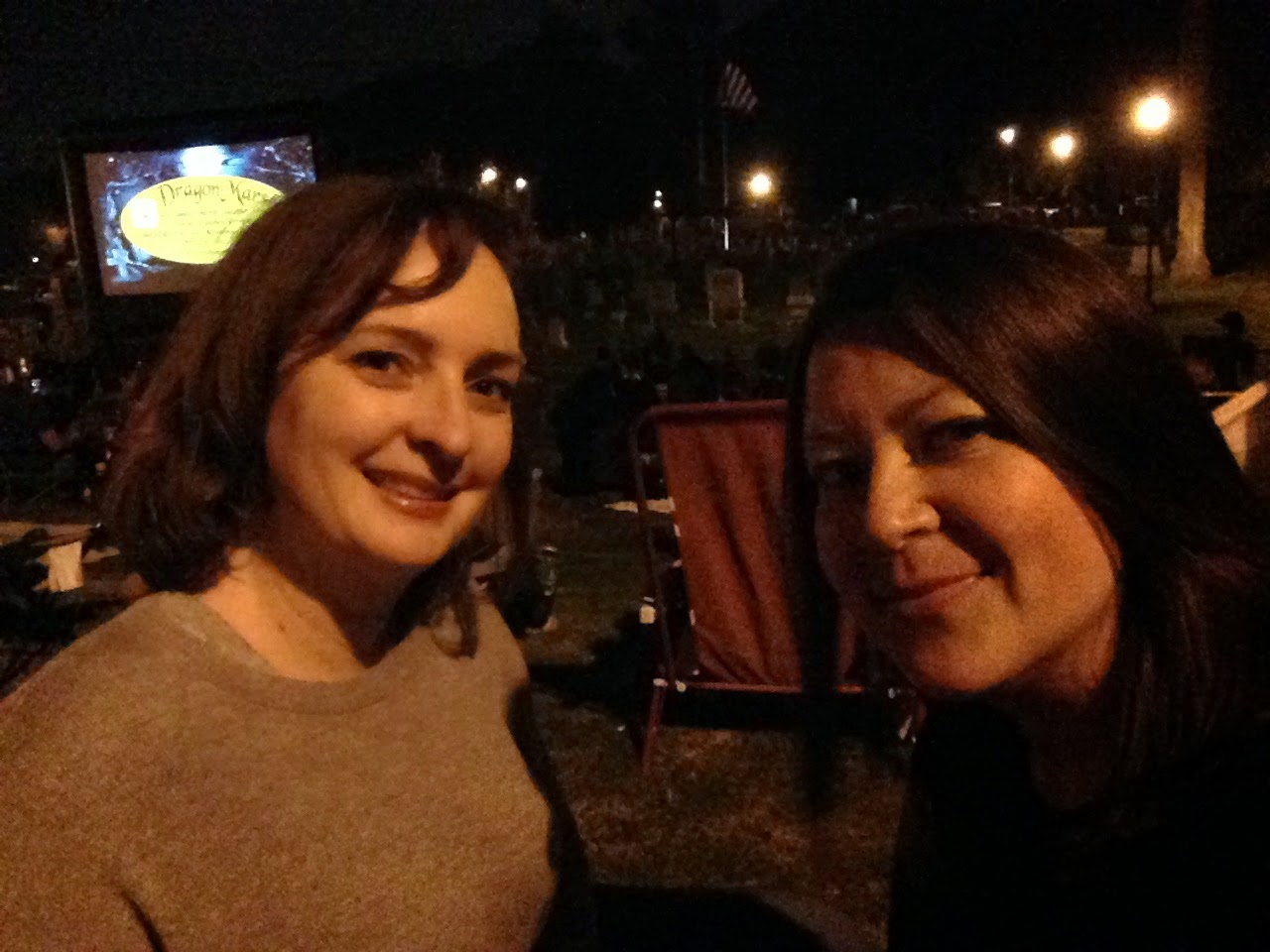 Every year, I look forward to my friend's annual Halloween party.  This year, I planned well in advance (since I wanted to wear a costume for the Disneyland trick-or-treat, it was a good excuse to get my costume done early), so there was no stress in getting my costume done at the last minute.  I was a little timid to go to the party as a Disney character when a lot of the guests were Disney cast members (and ex cast members), but I wasn't the only one!  I loved the all-male version of "Frozen" that showed up! 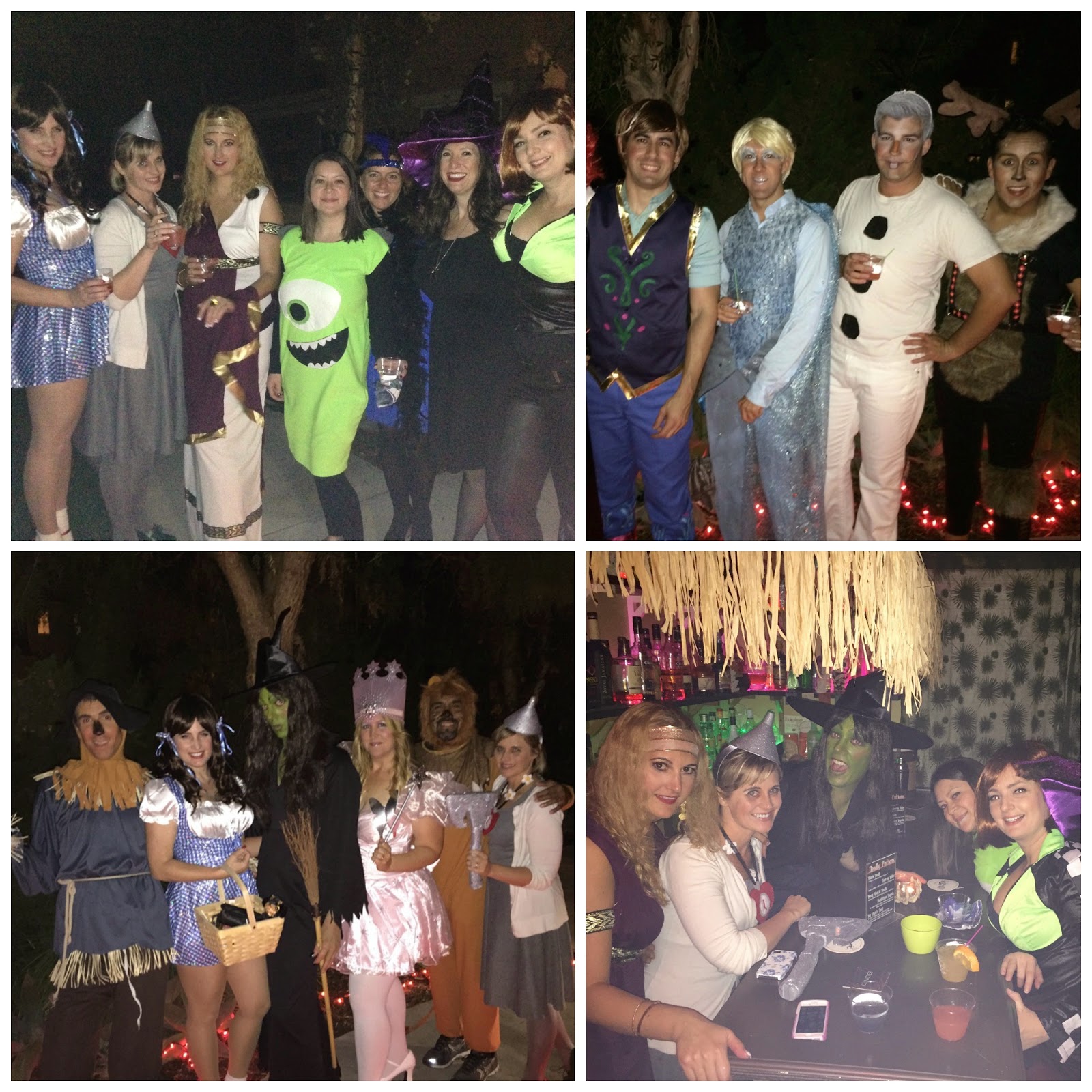 Halloween trick-or-treating is always fun - I love going with the kids! 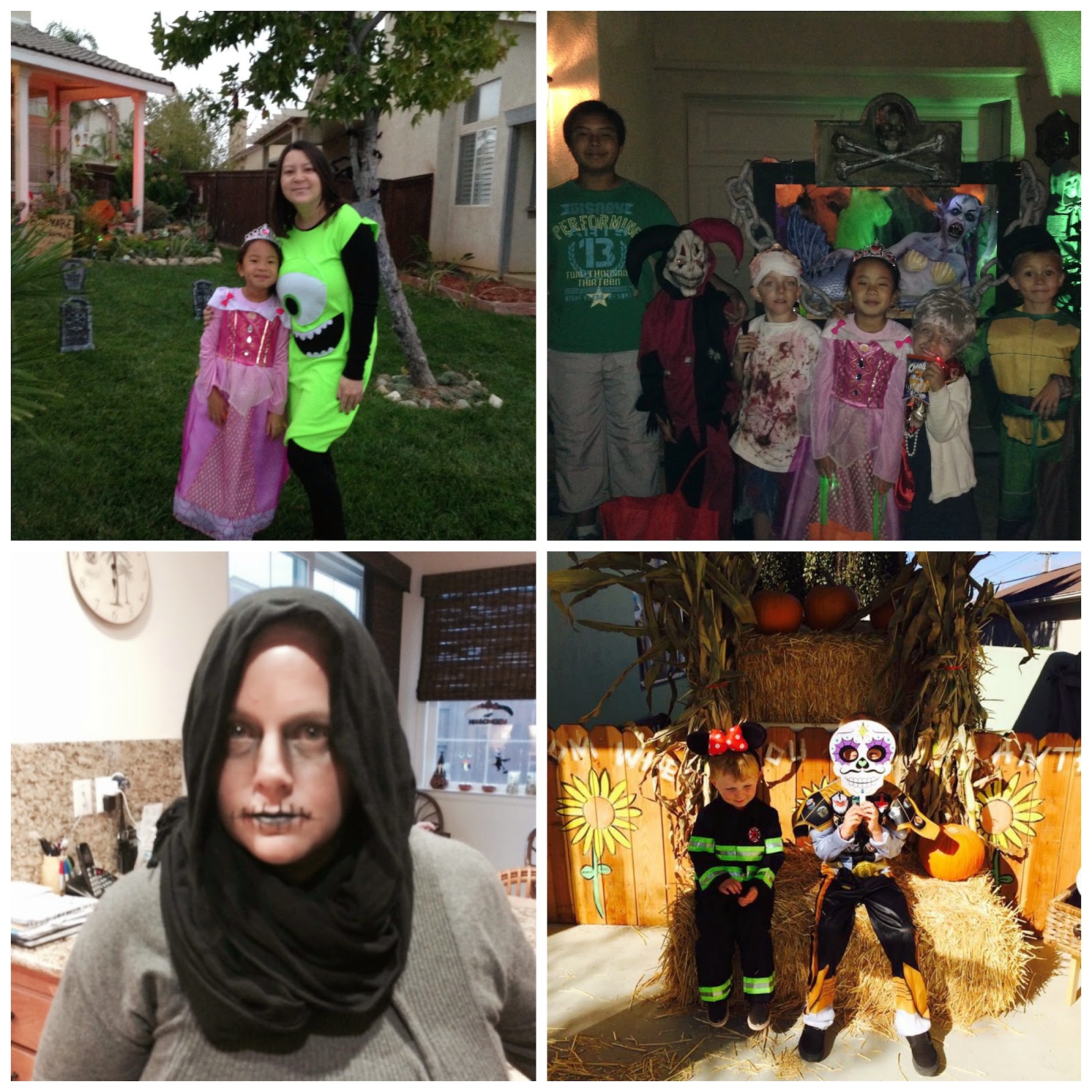 I had an extra ticket for my niece for one more Disneyland trip before the end of the year.  Unfortunately, the day I chose was also the same day as their Avengers Half Marathon and traffic on the streets around the park were a nightmare, so we ended up not making it inside the parks.  She was disappointed, but took it like a champ.  So, instead, I took my niece & nephew out to breakfast at IHOP and then we went to see "Big Hero 6".  I absolutely LOVED that movie and am obsessed with Baymax now! 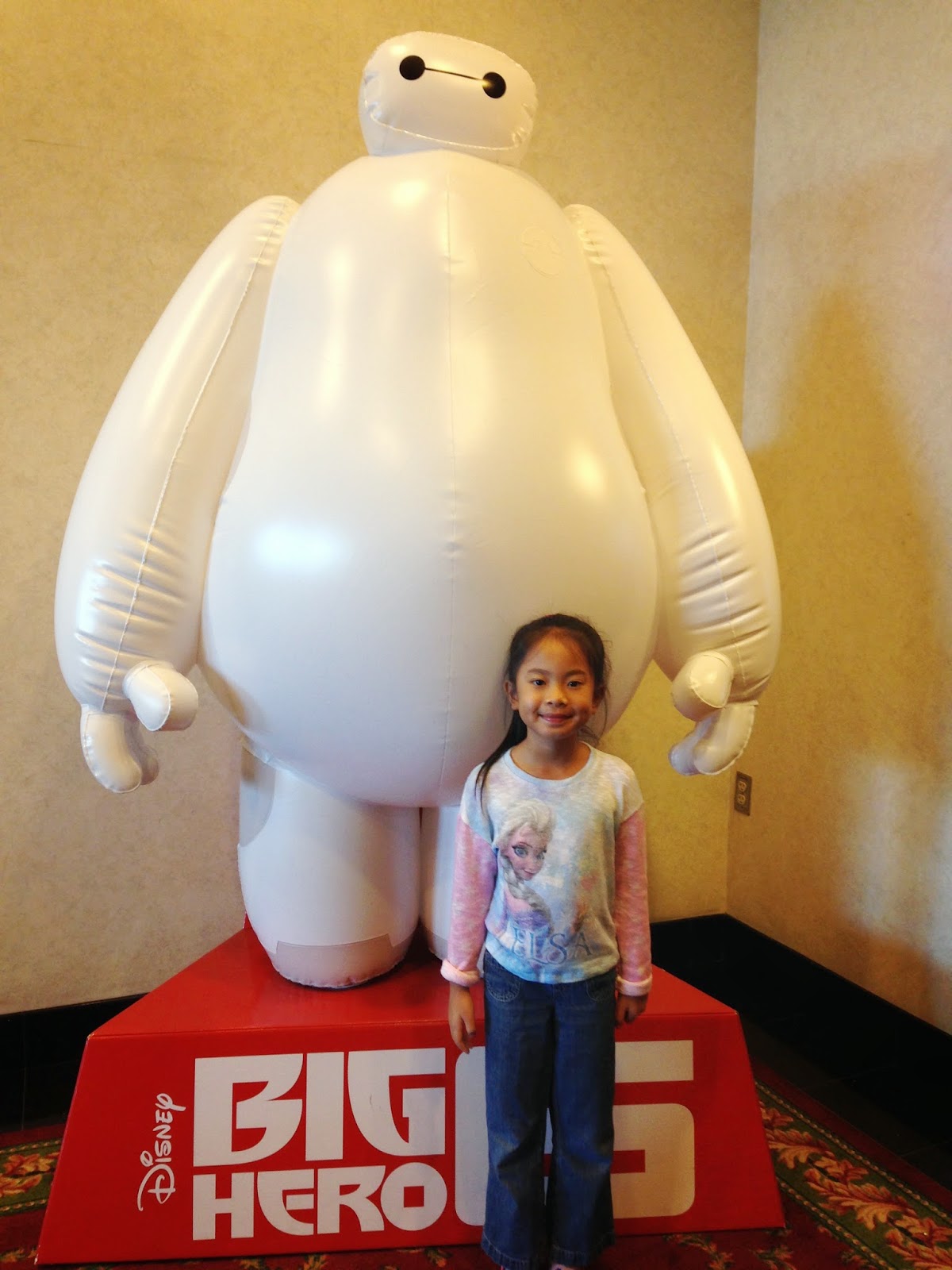 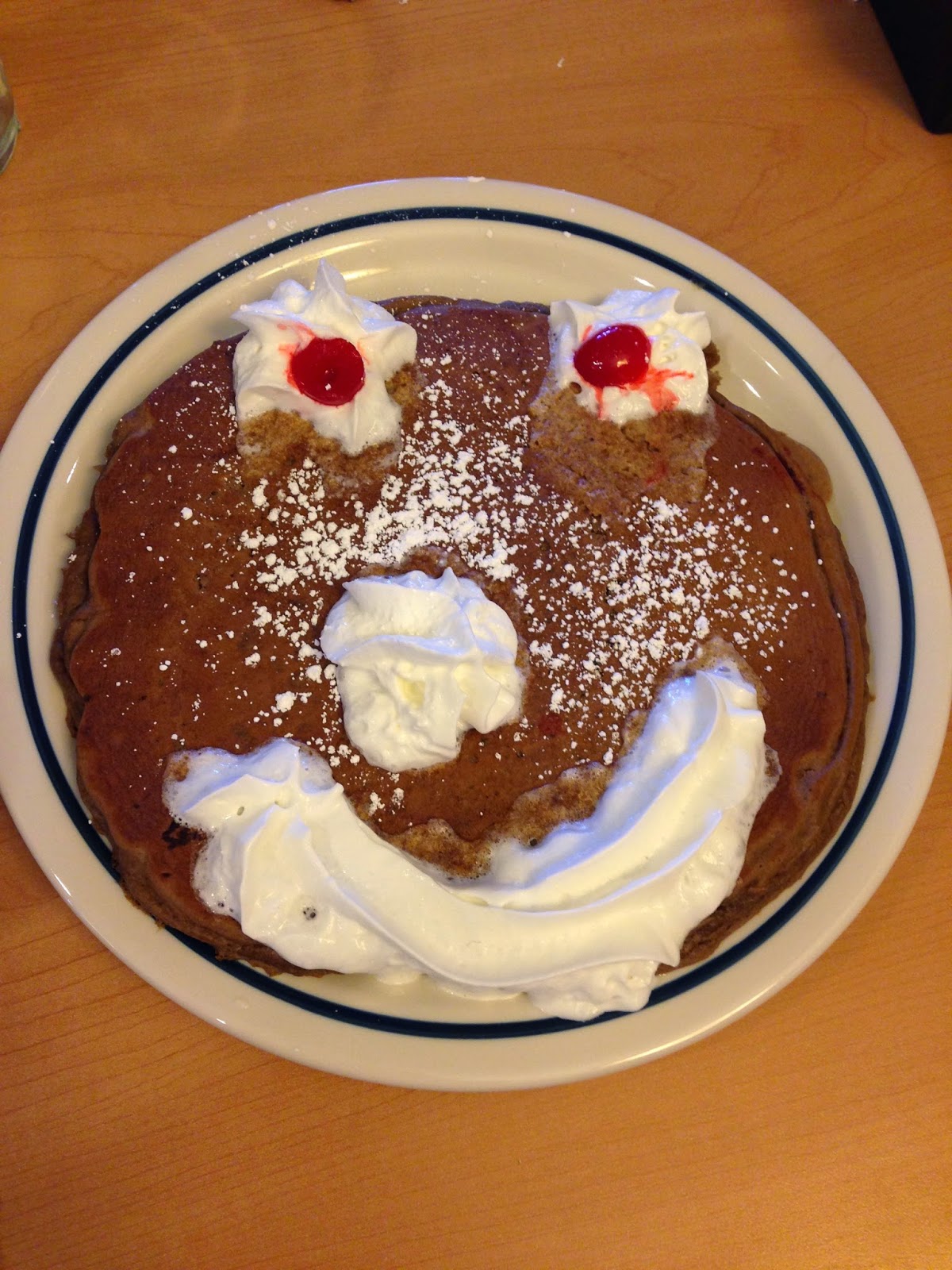 So, a couple of weeks later, I took the kids again to Disneyland (actually California Adventure) and it ended up being a really good time to go.  It was raining off & on all day, which scared away the crowds.  The lines were pretty short and it made for a fun day!  I also got my niece her first pair of Mickey ears.  Every kid needs a pair of those, am I right or am I right?! 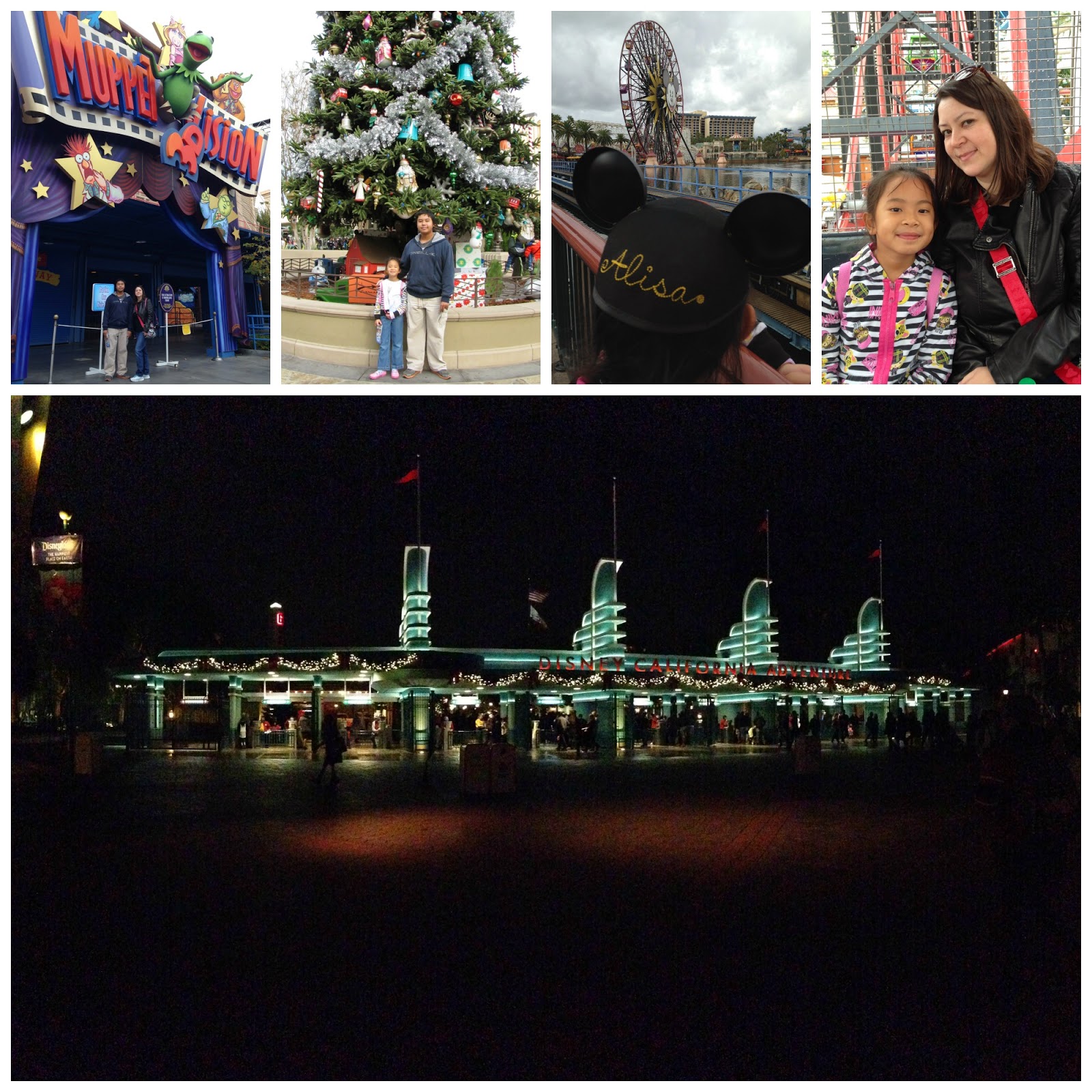 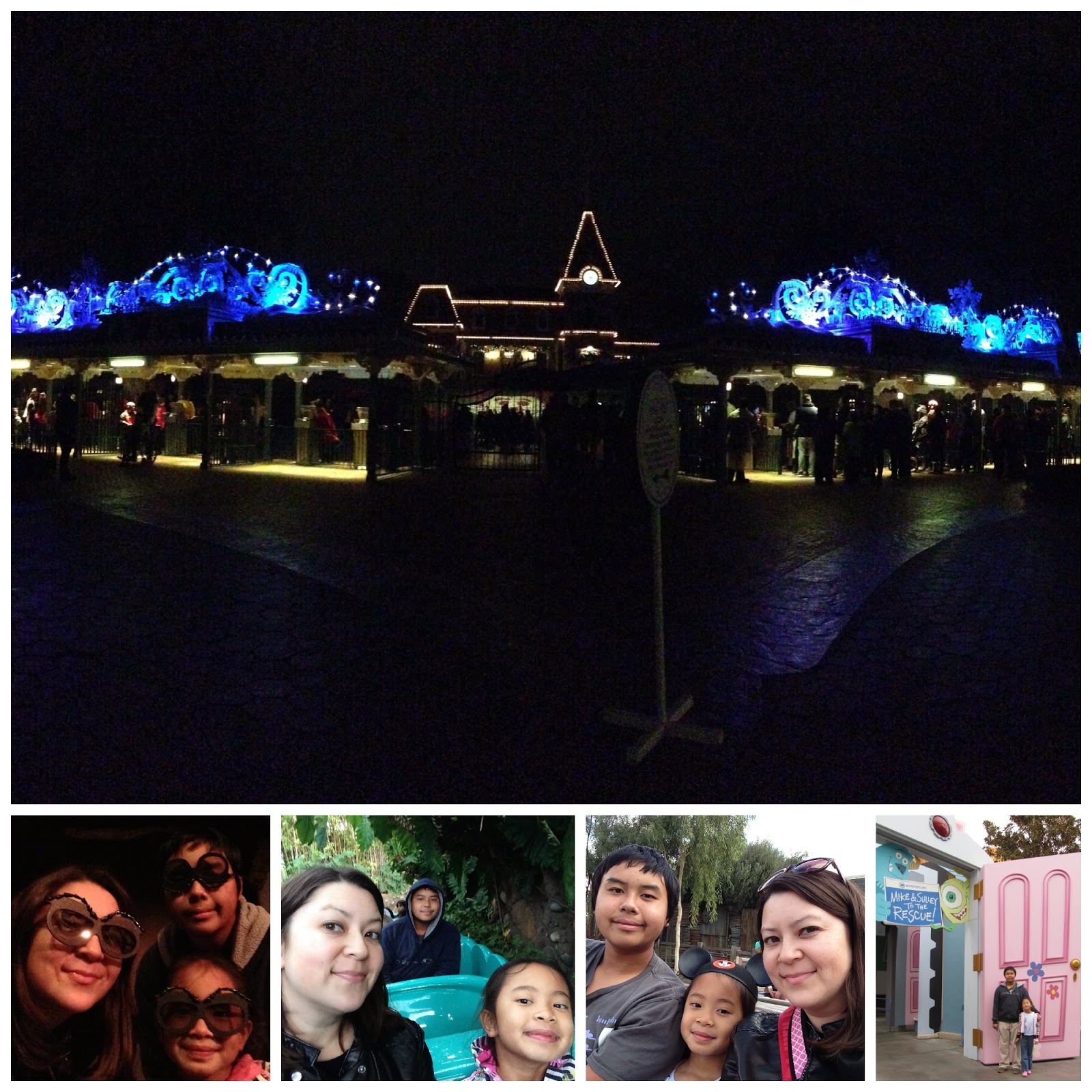 I know I haven't posted much lately - I was trying to focus on completing some course work, but wasn't able to get it done in time.  I ended up having to extend my course for another year.  So, this will give me a little breathing room so I can still work on my course, while getting some projects done.  Whew!  I've been slowly getting back into some DIY, but nothing really worthy of their own blog posts.  I finally painted the last of the baseboards in the hallway that needed pure white paint.  No more cream color paint in this house!  I also took the time to do some touch-up painting in the bathroom (I did a horrible job at edging the walls & ceiling where they meet, so I finally fixed that).  I've also managed to get in some crafty projects as well.  So, I'm slowly but surely getting little projects done!