My updated Studio (previously known as the Craft Room) isn't quite ready to share yet.  I've been working on the finishing touches and I'm also still trying to figure out what I want to do with the blank wall space.  In the meantime, I've done a few small projects to get the room ready.

A couple of weeks ago while I was at Home Depot, I checked the spray paint aisle to see if they had any new colors and these two jumped out at me.  So pretty!  I bought them, even though I wasn't really sure what I was going to use them on. 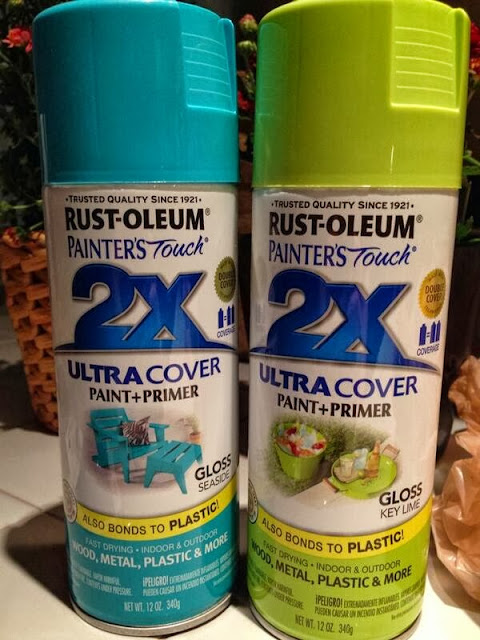 I've had this little set of plastic craft drawers for a long, long time.  I've never really cared for the purple & pink colors (just not really my thing), but it has always functioned for me pretty well, so it's stuck around.   While re-doing the Studio, I almost moved it out the garage since it didn't match anything, but a lightbulb went off in my head! 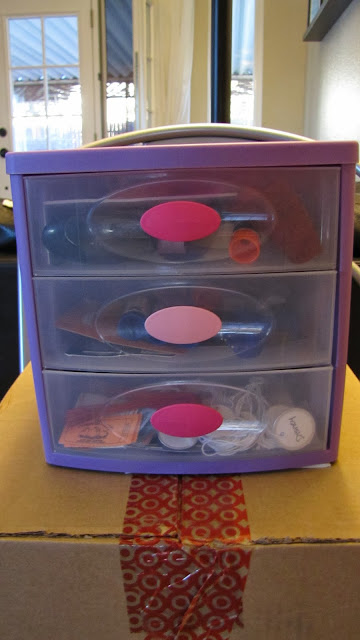 I decided to try the Seaside color on it to see how it would come out.  I've never spray painted anything plastic before, but I know it can be done (it even says so on the can!).  It took about 3 coats to get good coverage.  I'm very impatient when it comes to spray painting, so I'm sure if I would have taken my time & been more patient, it would have come out a lot better.  But considering my impatience, it came out quite nicely. 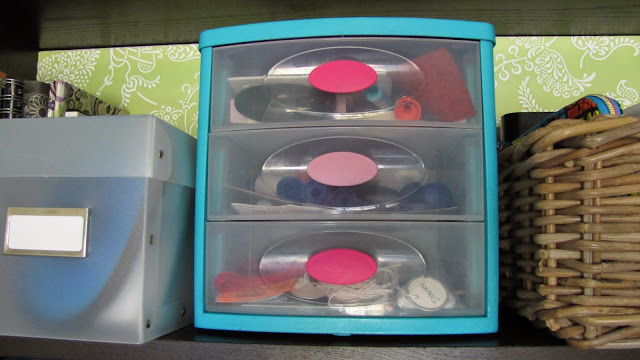 I decided to leave the drawer's handles pink.  I was a bit lazy and didn't feel like taping it all off just to spray them (there was no way for me to take them off without breaking them).  But, it was ok because the pink does match the pink fabric drawers that are in the Expedit.

Another great thing about painting this?  The Seaside color matches the blue Target bins that are also on the shelf!  It was almost like I planned that.  :) 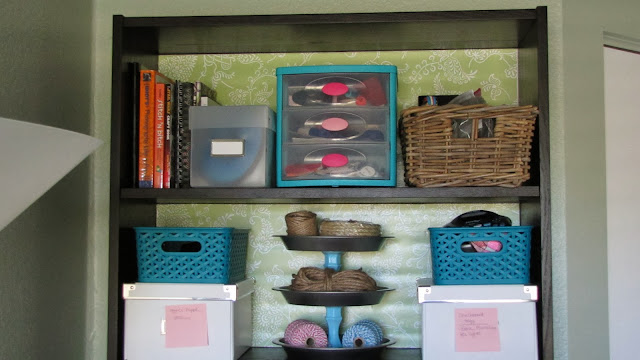 And because we all love a good before & after... 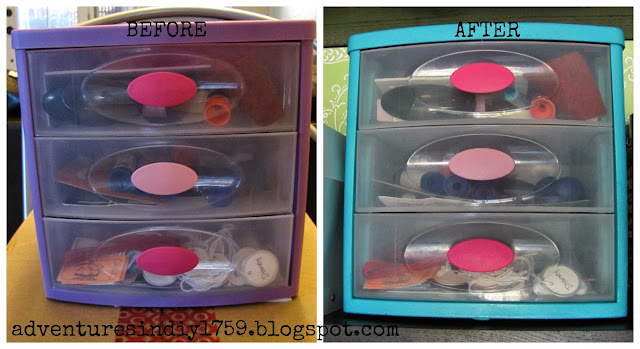 I'm really happy with how this little project turned out since it allowed me to be able to still continue using it in the Studio.  Sometimes it's the little things...