Fall is quickly approaching, although, here in Southern California, it still feels like we're in the middle of summer!  It's my favorite time of year and my calendar is already loaded up with things to do!  So, before Fall officially starts, I thought I'd share my summer fun with you.

Disneyland's Rock Your Disney Side 24 Hour Event
(click above for the blog post I previously shared)...We didn't spend the entire 24 hours at the parks, but went down there after work.  There were so many people there - when we left at 2am, there were still a lot of people showing up!  But, they made it like a party atmosphere, so it didn't seem so bad and we had a blast! 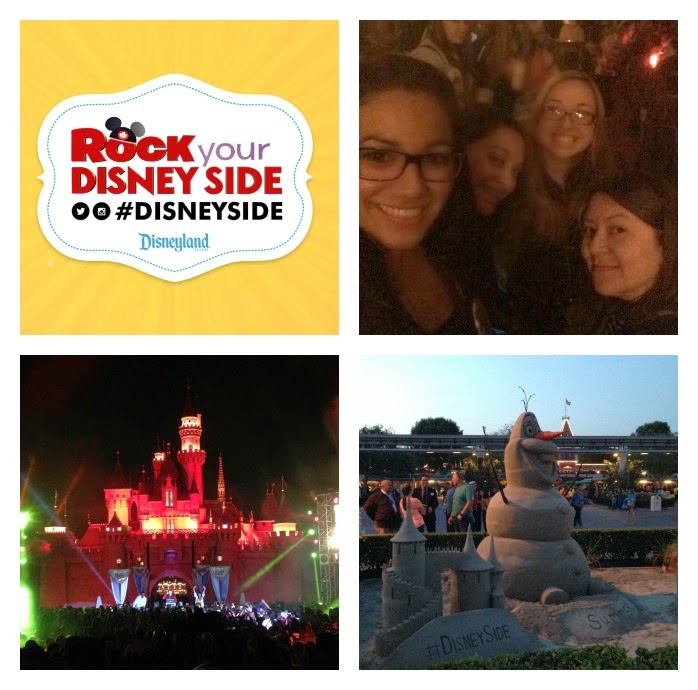 Maleficent in Hollywood
(click above for the blog post I previously shared)...I love going to see Disney movies at the El Capitan in Hollywood.  Sometimes they have stage shows before the movie, but they always have props from the movie that you can look at before or after the movie.  We strolled around Hollywood afterwards, which is always fun for people watching.  :) 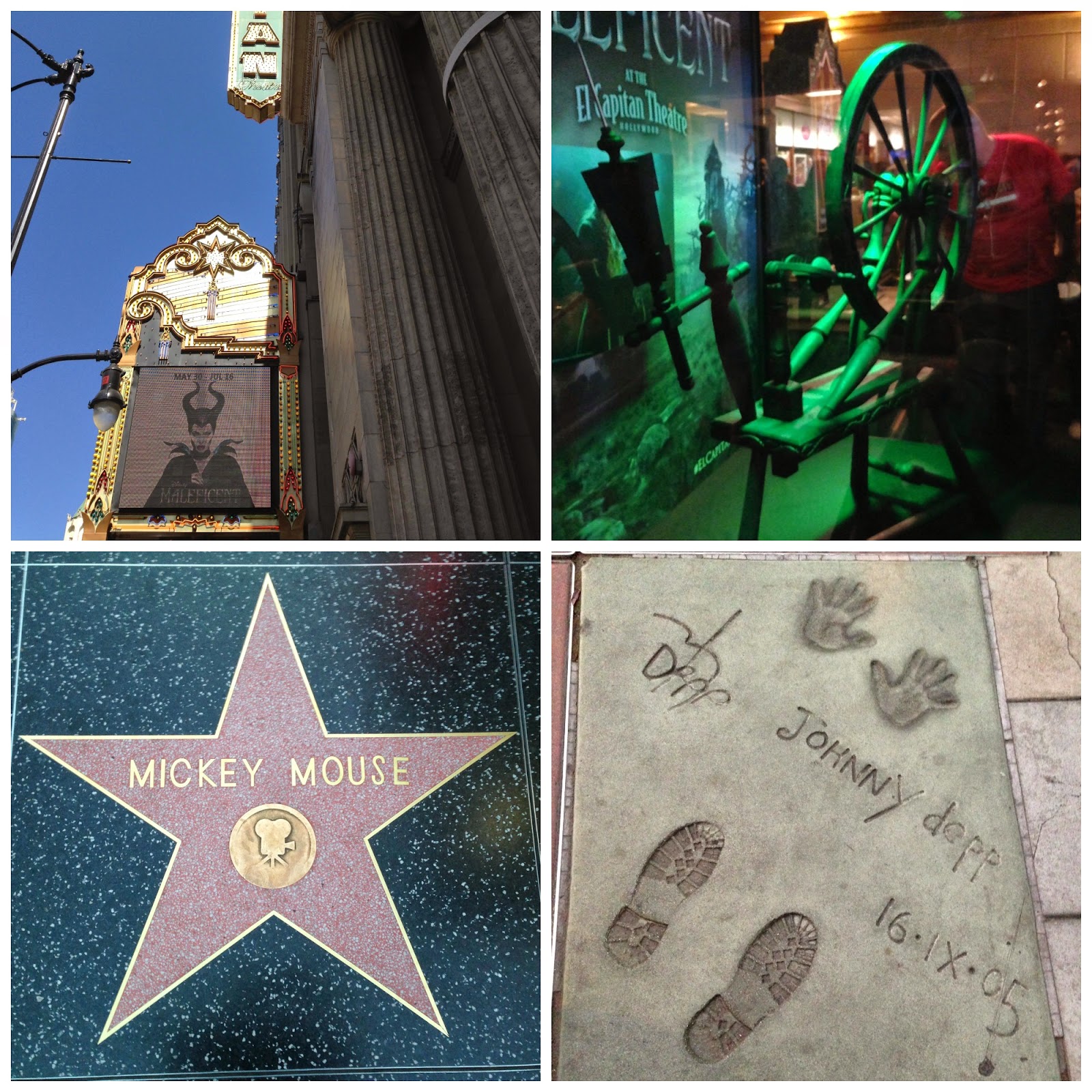 Disneyland
If you've been reading my blog long enough, you'll know that I'm a big Disneyland fan & passholder. I took my nephew in early June, before our annual passes were blocked for the summer.  This was the first time we went on Big Thunder Mountain after they refurbished it and boy is it so much smoother!  They also included some fun updates to the ride.  Finding Nemo was down for refurbishment and I sneaked a peak through the walls to see that they had totally emptied out the water in the lagoon.  And of course, I love looking at all the fun food treats in the parks.  The Olaf marshmallows and Maleficent rice krispy treats are just too cute! 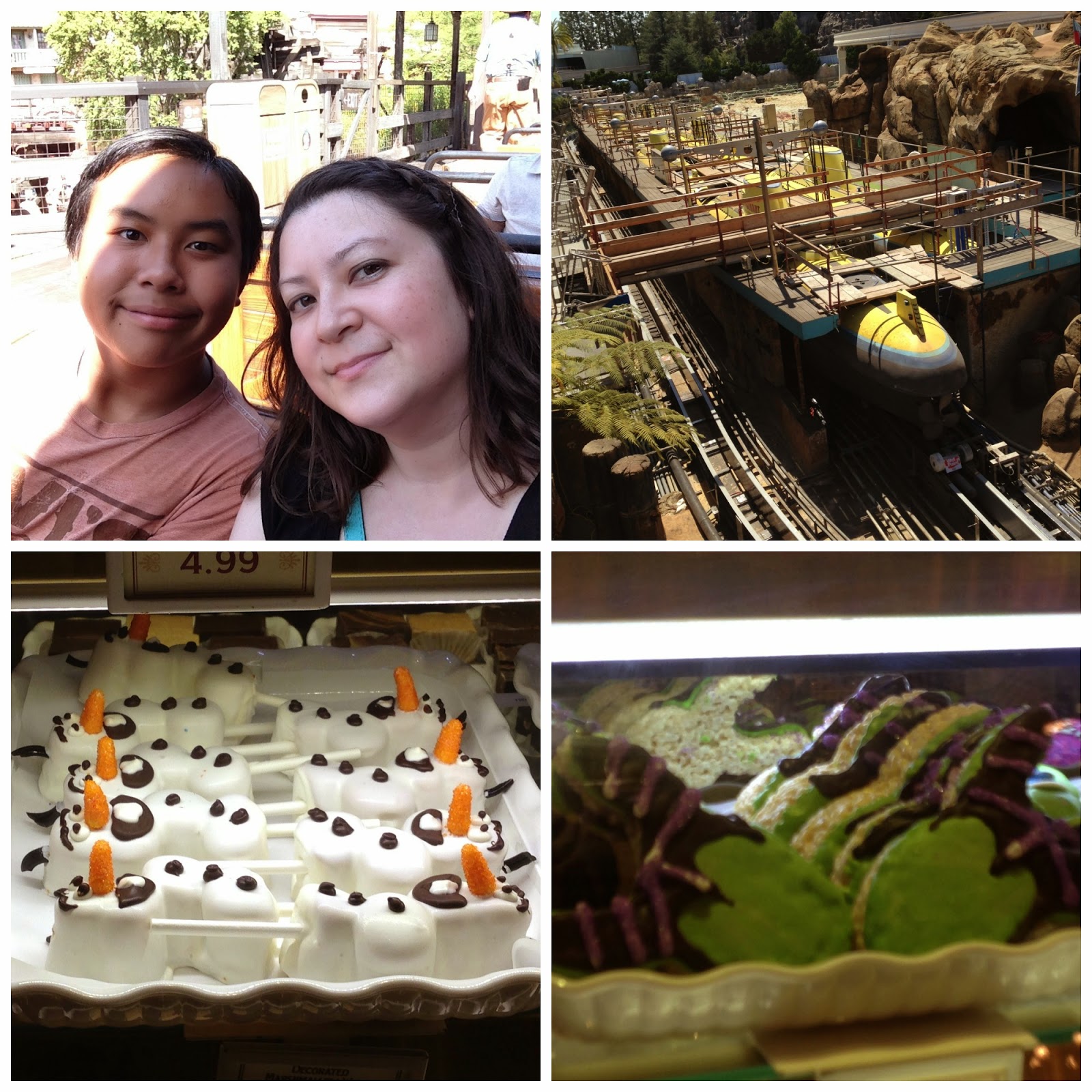 Tim's High School Graduation!
My nephew graduated from high school in June.  (sniff sniff - why do the kids always have to grow up?)  He is such a handsome, active, smart young man - he will go far in life!  He's also very active - he mountain bikes, is a runner, and has also been working on getting his pilot's license (amongst other things!).  So, so proud of him! 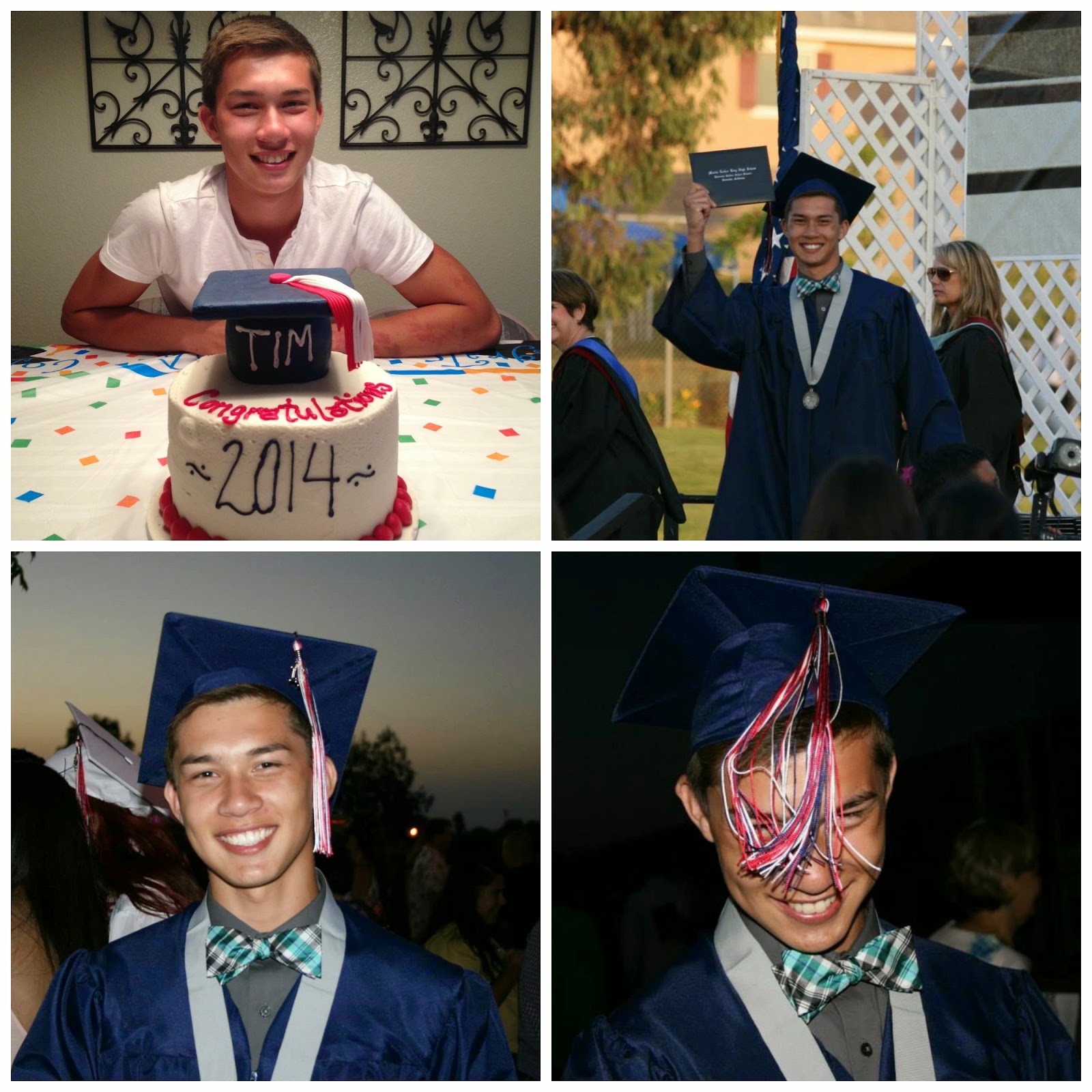 Corona Del Mar
My sister and I took a day off work so we could take my niece, nephew, and a family friend to the beach.  This is one of my favorite beaches to go to - I love the tide pools and the beautiful hillside homes.  My niece loved it and said we should go back every Thursday. lol  Our California ocean water is very cold, so I rarely get in it, but the kids loved it.  And I love that my nephew still takes the time to play with his little sister. 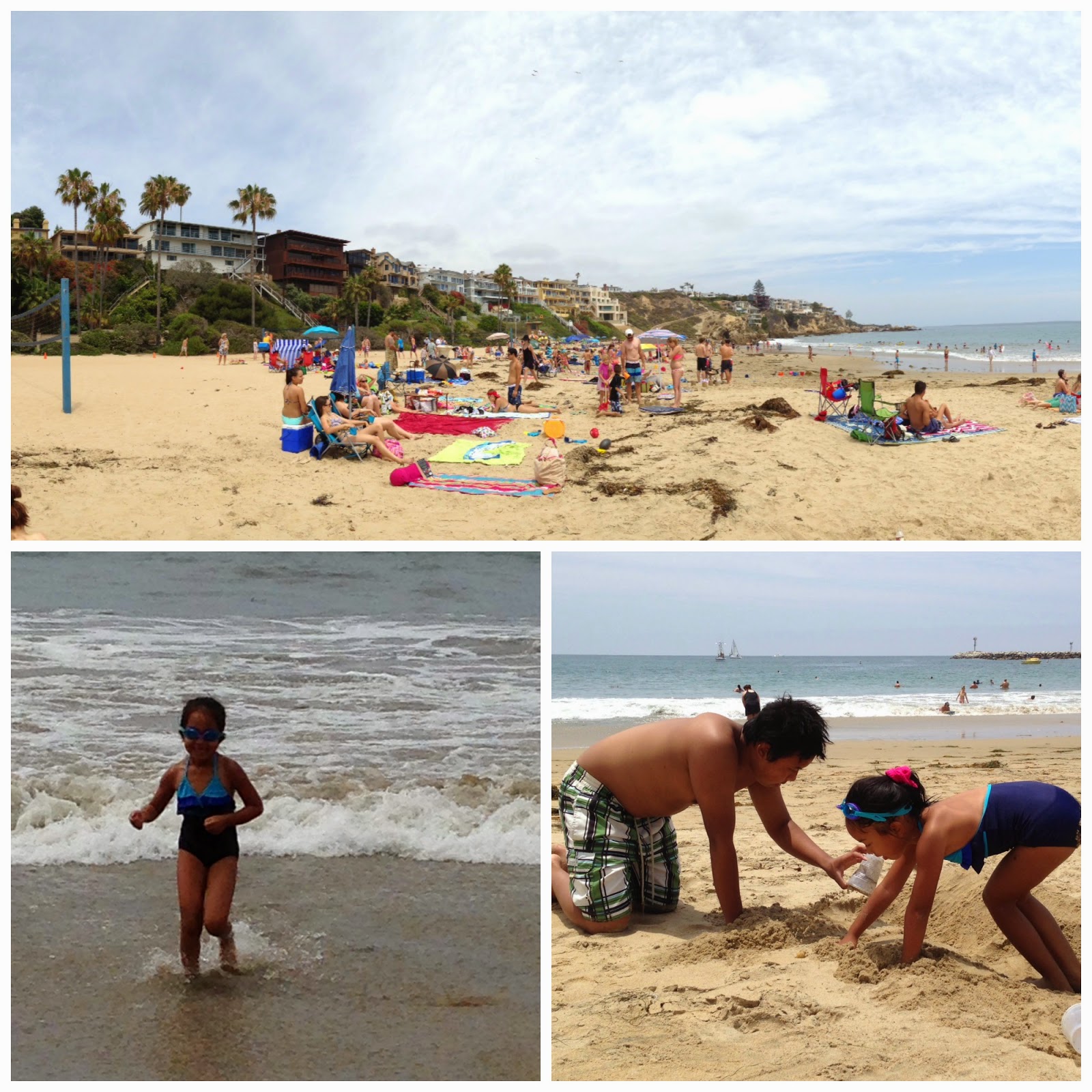 Sleeping Beauty Ballet
My sister enrolled my niece in ballet & tap classes and she absolutely loves it!  For their end-of-the-year program, they performed Sleeping Beauty.  The cutest parts were all the little kids in their roles as various woodland creatures (my niece was a bluebird).  My brother & sister-in-law brought her flowers, which she loved receiving after the performance.  And after watching the show, I realized how much I love the ballet! 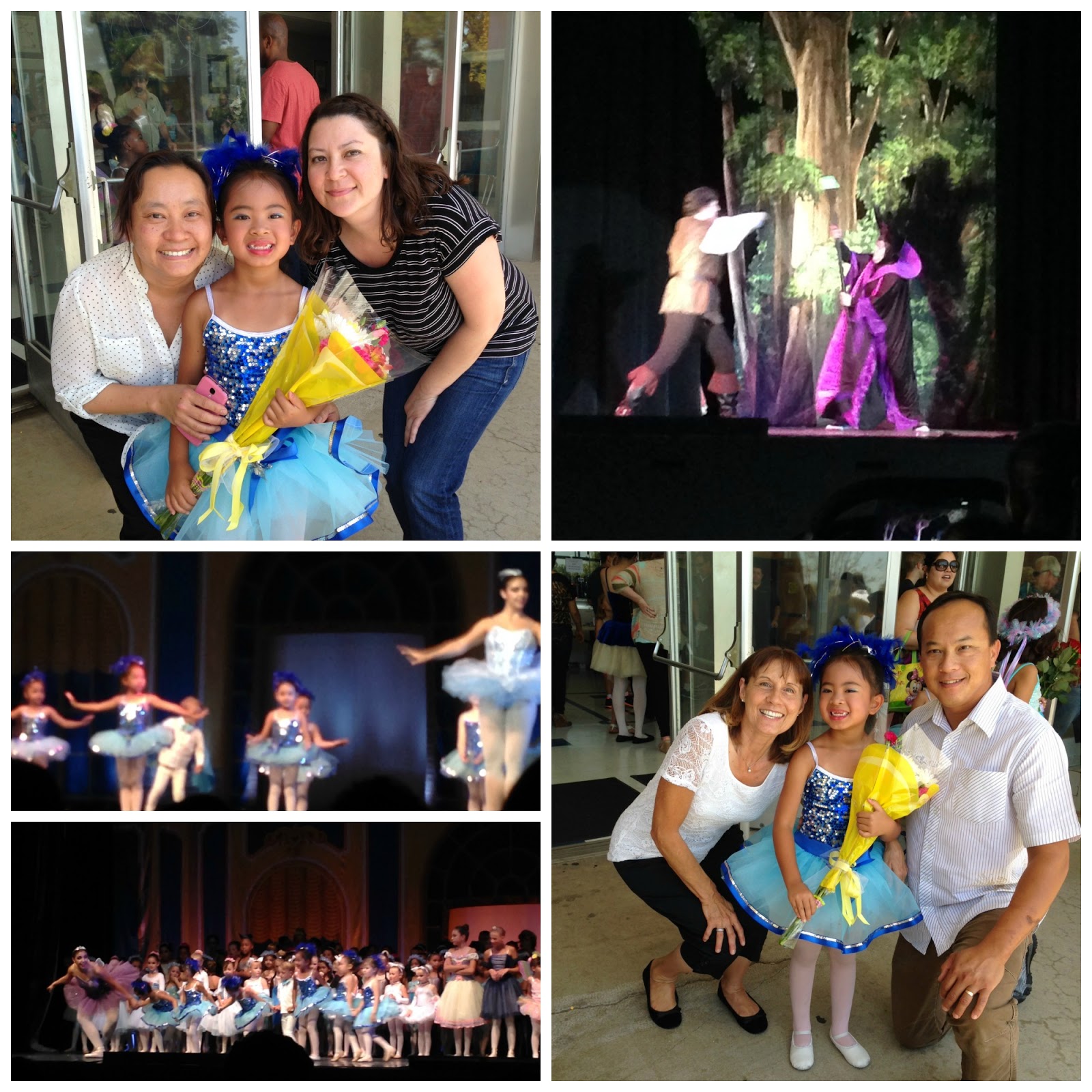 Santa Monica
In July, we took a mini-vacation and stayed at the Shangri-La hotel in Santa Monica.  It's this great, older, art deco-style hotel that overlooks the beach.  Their pool area was so nice, but we didn't spend any time.  Who does that when the beach is across the street?

Dodger Games
We also took in a couple of Dodger games this summer (one being during the same mini-vacation to Santa Monica), which was fun.  We had really awesome seats at one of the games and higher up seats at another.  ;)  One thing that I love about Dodger stadium are the views of Downtown L.A.  Gorgeous! 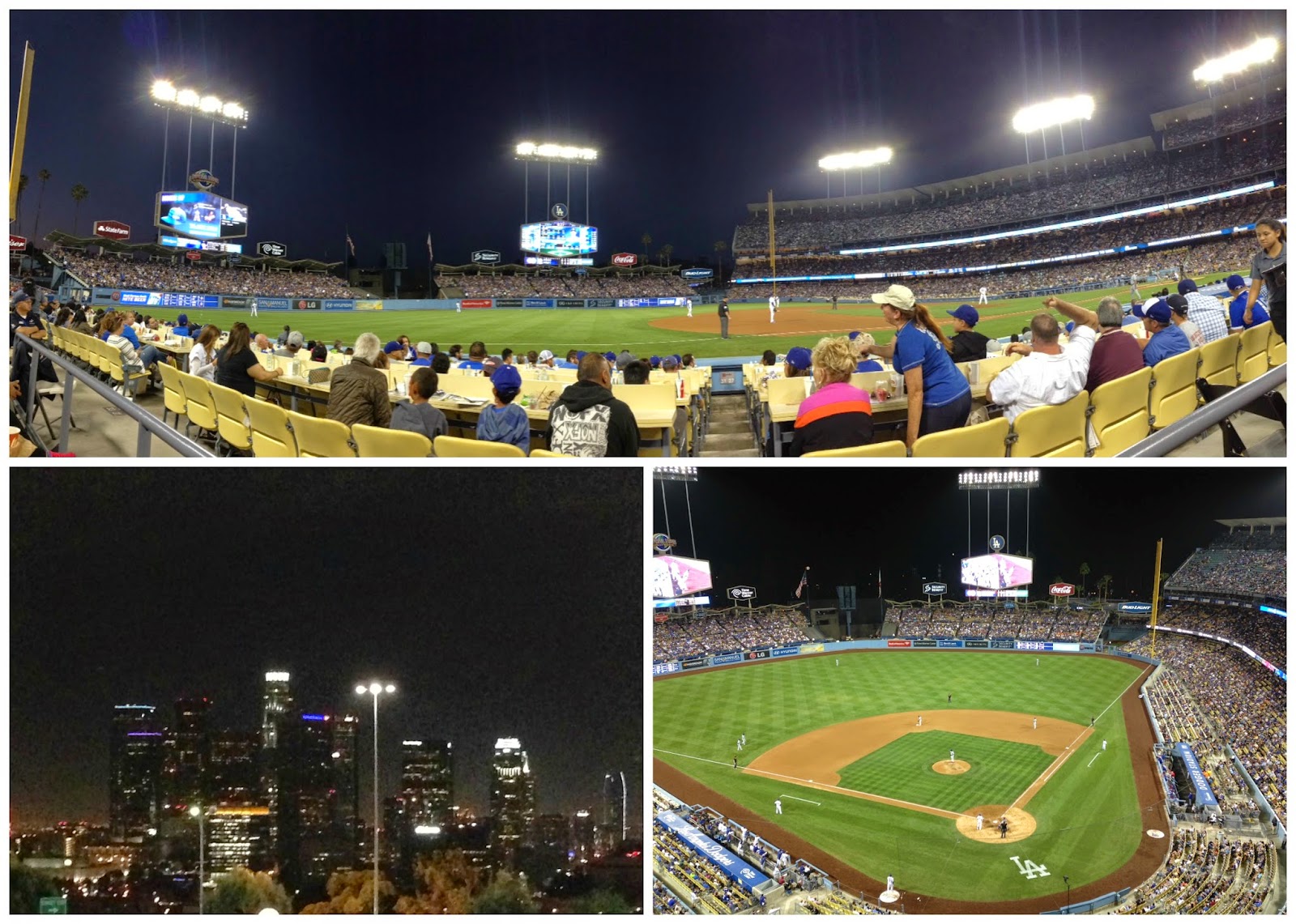 Jimmy Buffett concert
In August, my friend and I had planned to go to the OC Fair to see an Oingo Boingo cover band perform.  Then, we got a call from our other friend saying that it was rumored that Jimmy Buffett would be playing a free concert at the Shark Week Fin Fest in Hermosa Beach.  So, we ditched our original plans and headed for the beach instead.   The stage was decorated as a shark's mouth and there were lots of Parrotheads (that's what they call us Jimmy Buffett fans) in the crowd waiting to see if the rumors were true.  Lo and behold, the rumors were in fact true!  Jimmy played for only about an hour, but he played his biggest hits.  What a privilege it was to see Jimmy Buffett perform on the beach (and for free)! 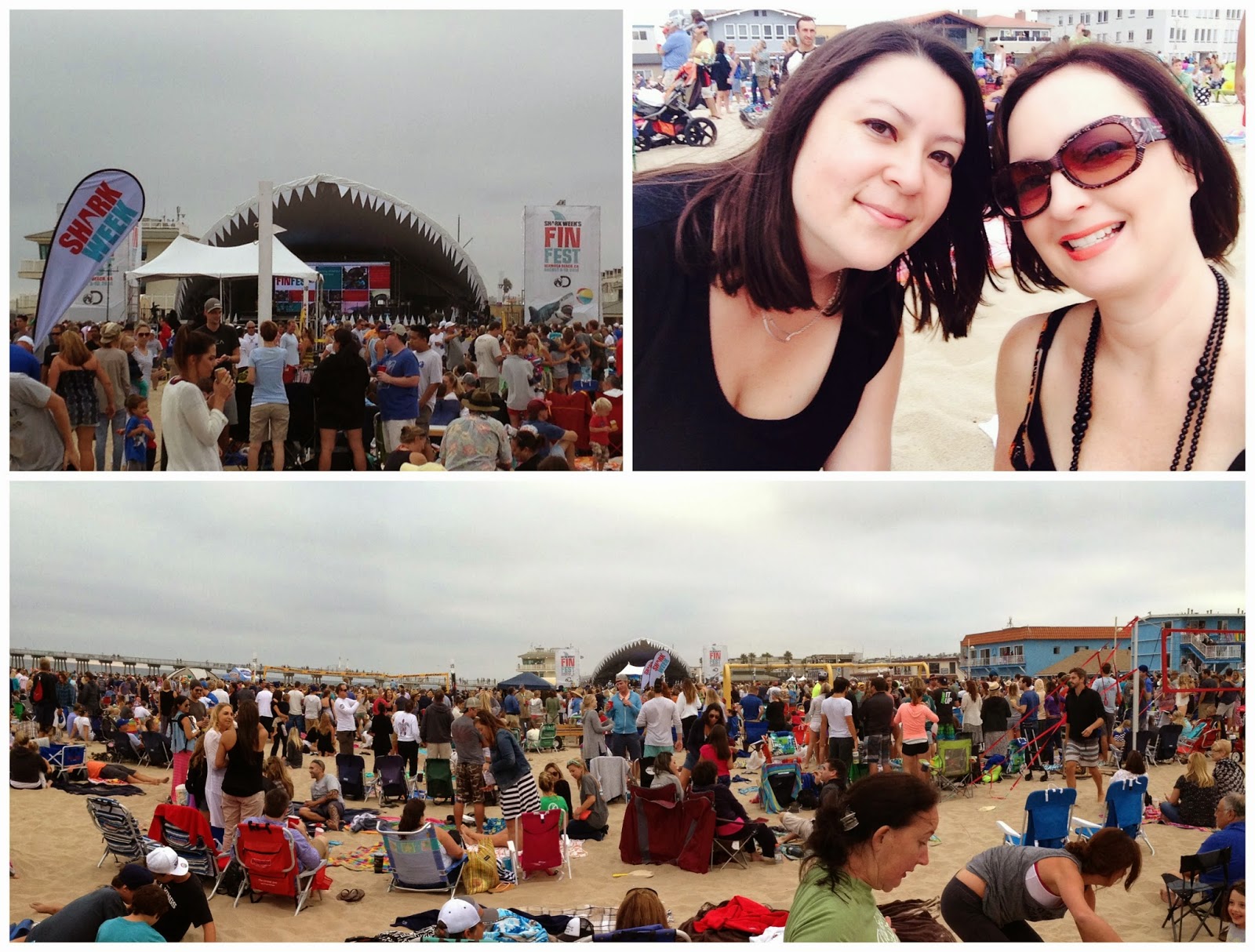 Paul McCartney concert
The next day after the Jimmy Buffett concert, I went to see Sir Paul McCartney.  It was a lifelong dream come true!  I've been a Beatles fan for as long as I remember, but always hesitated in going to see him in concert - I guess I figured that maybe he'd mostly do songs from his non-Beatles career.  Boy, was I wrong.  He did a ton of Beatles songs, Wings songs, and also songs from his new album.  And he played for about 3 hours!!!  It was awesome and I'm so glad I finally got to see him play live. 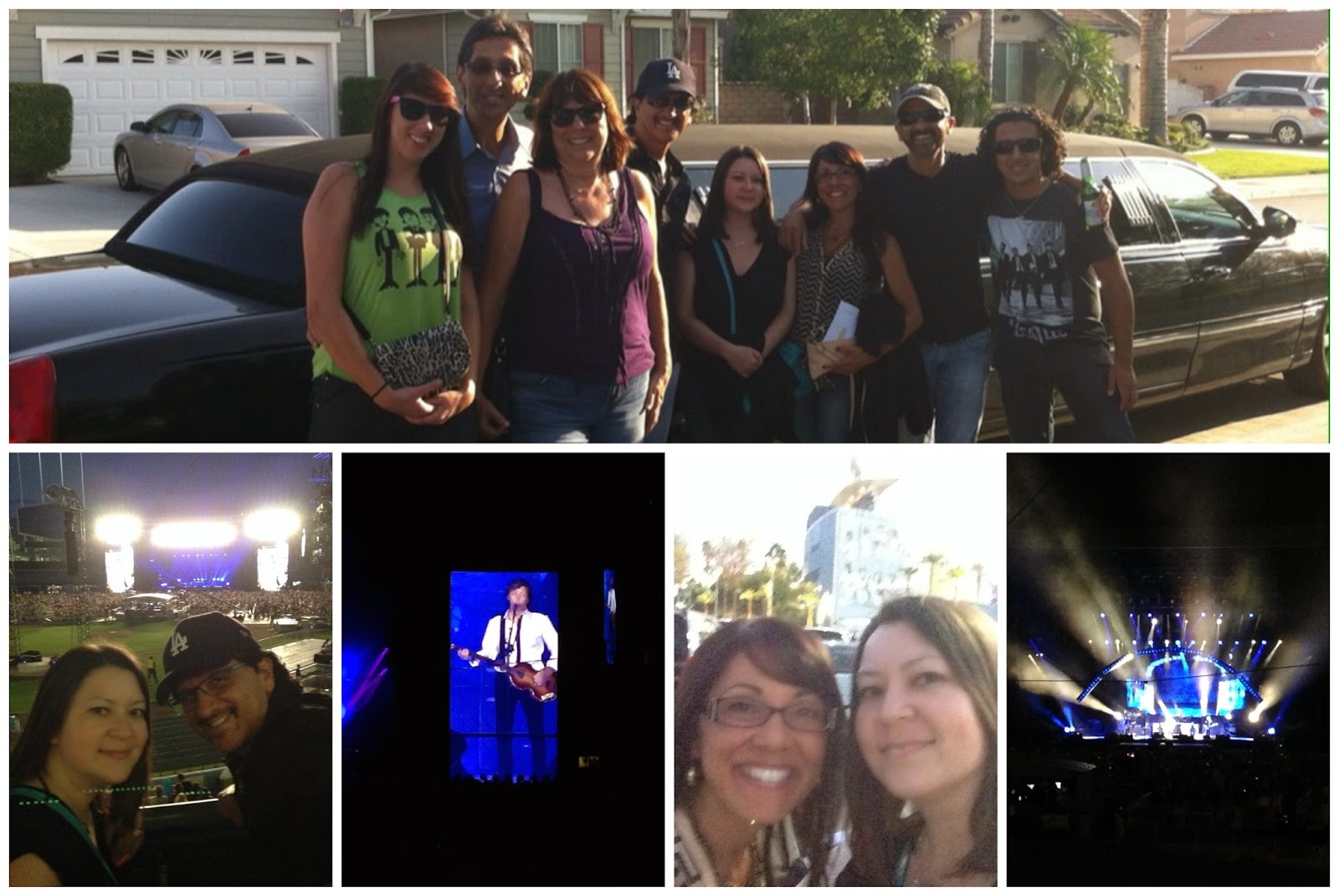 Caribbean cruise
(click above for the blog post I previously shared)...I already shared a ton about the trip on the blog, but in summary, it was amazing and so much fun!  It was my 2nd visit to the Eastern Caribbean and I can't wait to check out the Western side.  I heart the Caribbean! 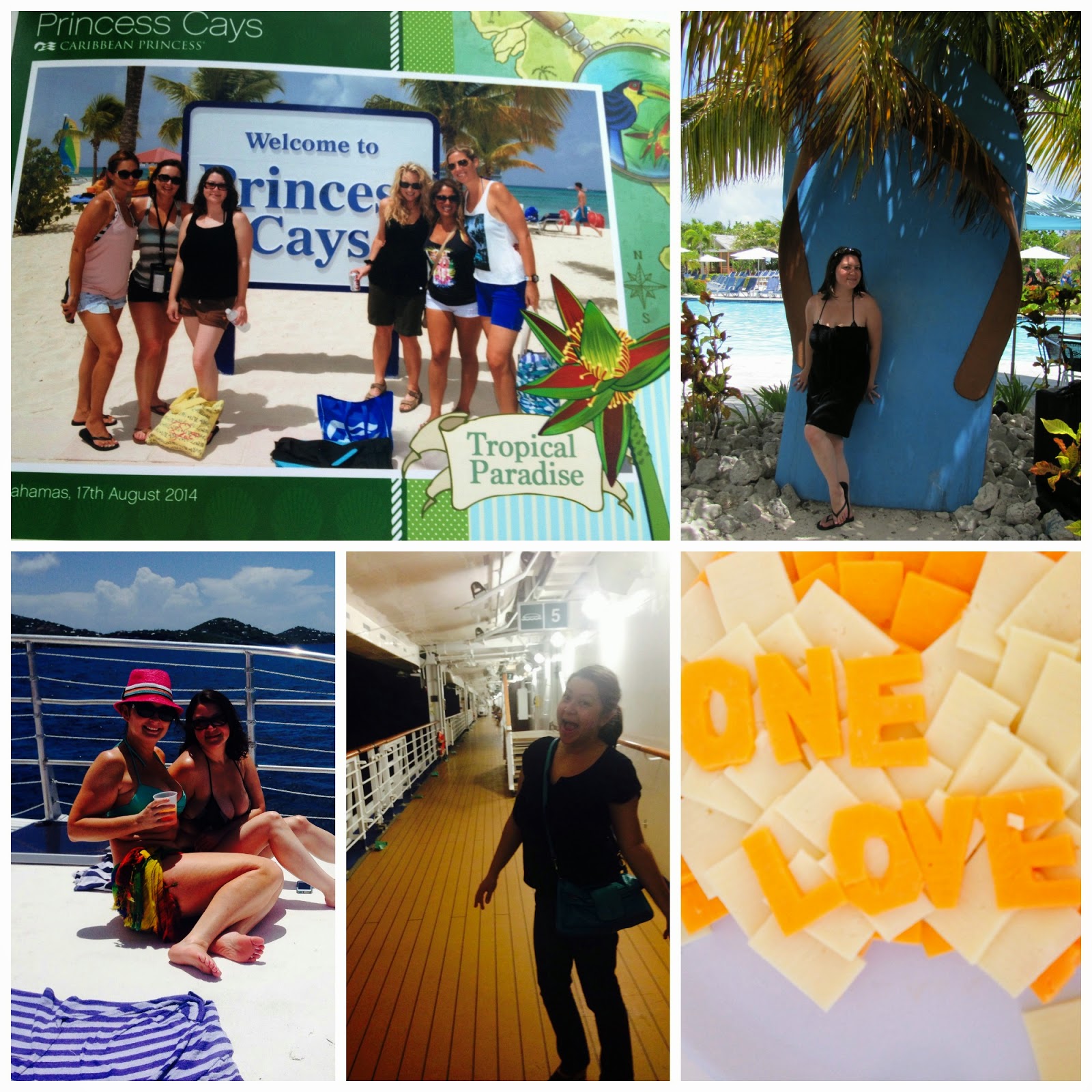 DIY Plank Headboard
(click above for the blog post I previously shared)...My big project for the summer was my DIY plank headboard.  I love how it turned out and even though I'm not 100% done with the master bedroom, it feels more complete now. 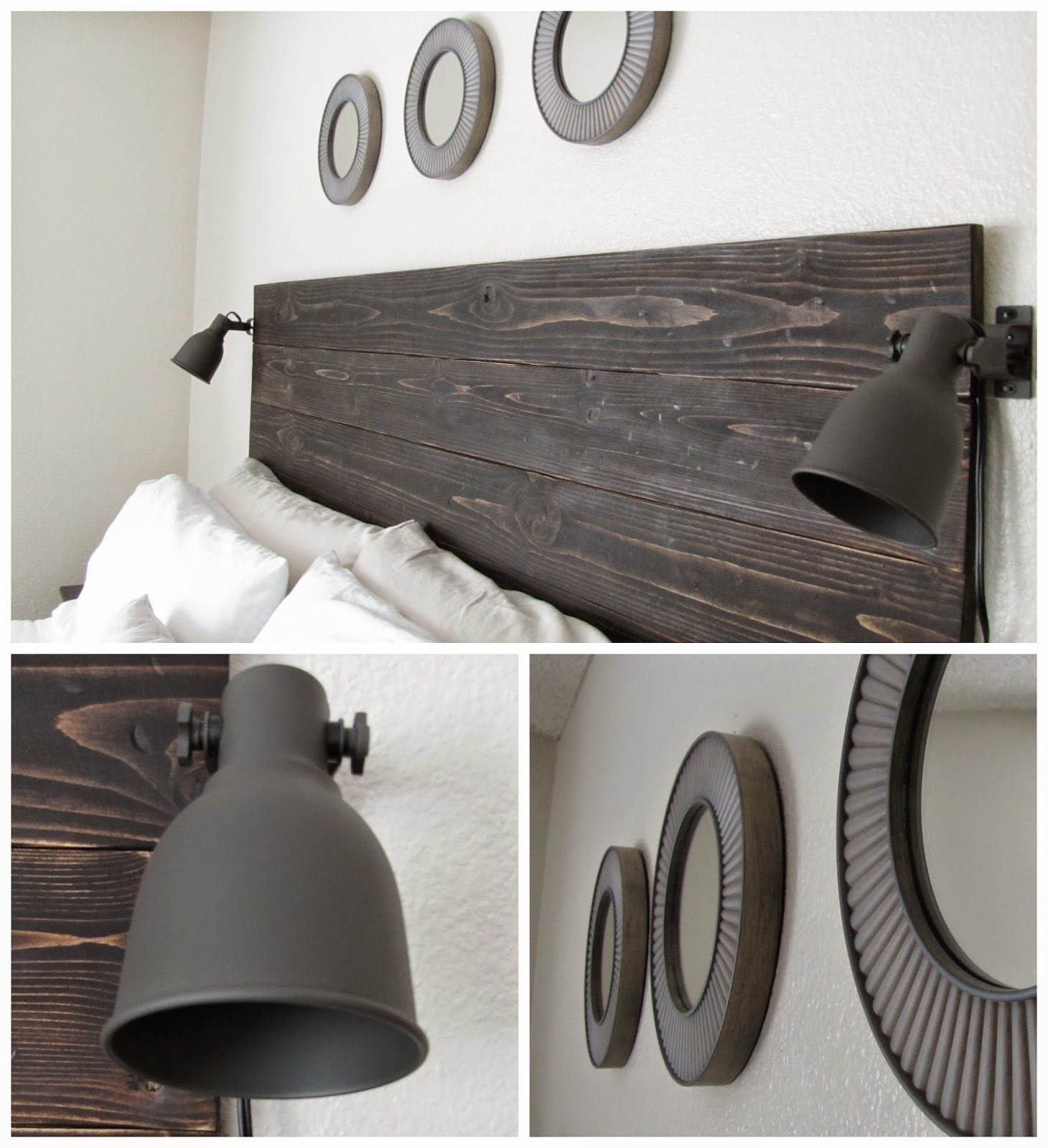 I hope everyone else had a great summer too!  Thanks for stopping by!

Posted by Chrissy @ Adventures in DIY at 8:38 PM