One of my dearest friends is having a baby.  I've known her since we were 5 and met in Kindergarten.  We were roommates during college for a little bit too.  After all of these years, we still keep in touch and I consider her as family.

Her baby shower was a couple of weekends ago and I told her that I would make some tissue pom poms for it.  I've been seeing these on a lot of blogs and love the look of them.  I figured that her baby shower was a good excuse to learn how to make some and she can even use them as part of the nursery's decoration also (if she wants to).  I used this video tutorial and it was super easy to follow. 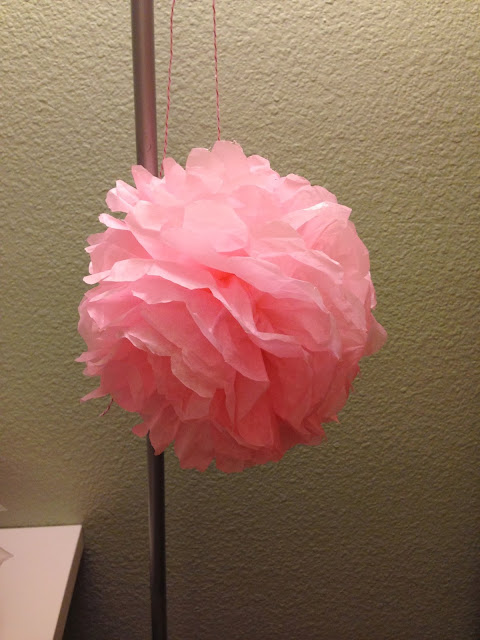 I found that the softer tissue paper doesn't work for these pom poms.  I actually ruined a couple of them because I used the softer tissue and it tore so easily.  They came out really good and I got quite a bit of compliments on them - I was just happy that they turned out ok since it was my first time making them. I think they would have looked great all in one big clump behind where she opened the gifts, but we weren't really sure where she would be sitting to open them so we just hung them up wherever. 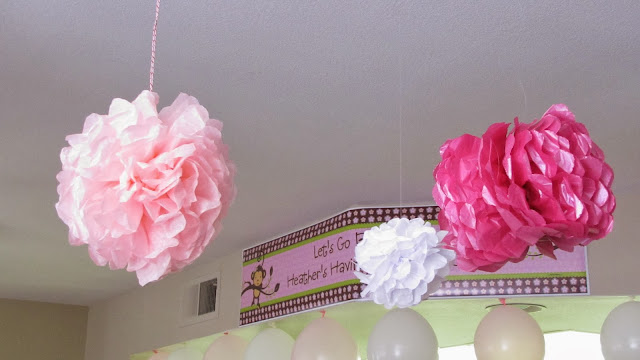 I really want to make some of these for myself!  They're so cute and really simple to make.

Originally posted by  Adventures in DIY