Anyhoo, there's tons of great ideas - whether it's a beautifully decorated room, helpful cleaning tips,  craft tutorials, or a picture of a beautiful vacation spot.  I have even already used some of these ideas or done some of these crafts - "I pinned it and I did it"!  Starting today,  I'm going to start a weekly post of things that I have done from something I've pinned - this can include a small project, big project, or giving a review of a helpful tip (sometimes I wonder if these work or not).  Today, I have a number of Pinterest projects to share:

1)   Map Love:  I love maps and have pinned loads of map-related crafts.  I saw this on Pinterest and it gave me a great idea for a housewarming gift for a friend.
You can see my tutorial here. 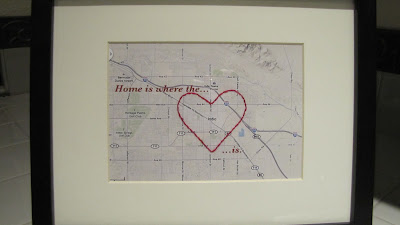 2)  Pop Top Hangers:  Since I had been working on my gallery wall, I thought this may be of some future use.
Turns out, I needed it much sooner than I thought.  I had to remove one of the frames from the wall and because of the shape and size of the hanger, it was super hard to take off and also made a little gouge in the wall where the nail was. 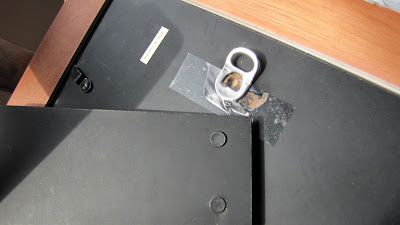 I was not able to nail or screw in the pop top on the back of the frame because it was that super thick cardboard material, so I decided to try Gorilla Glue Super Glue (love that stuff!).  I taped it down just to keep it in place while the glue dried. 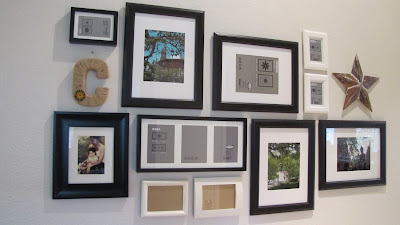 And here it is (at bottom of the above picture).  It's been hanging on the wall for about a week and hasn't fallen yet!
Verdict:  Works like a charm and it's easy to hang.

3) DIY Picture Canvas:  I've seen some tutorials on the internet and most of them didn't seem so easy to me or used supplies that I hadn't heard of and didn't think I would use again.  So, when I found this tutorial, I was anxious to try it.
I followed the directions and printed my picture onto tissue paper.  I used a bit of Mod Podge on the canvas to get the tissue to stick and then some Mod Podge on top of the picture/tissue paper. 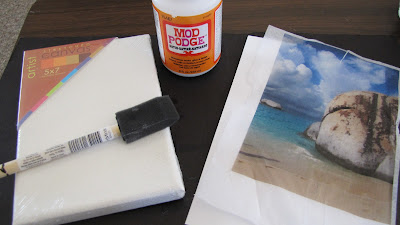 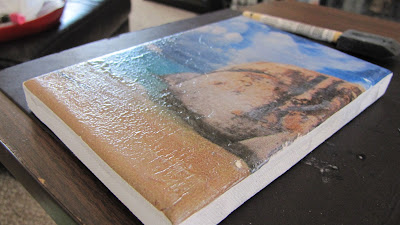 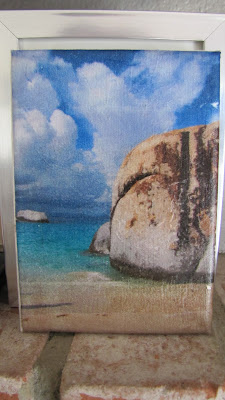 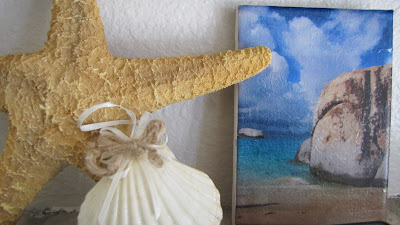 Verdict:  It for sure works.  However, I have some tips.  Make sure you are very careful when you are placing the picture onto the canvas.  I was too anxious to do this, so I didn't take my time.  As you can see in the 3rd picture, there is a bit of a white sliver of a border on the left side of the canvas and that on the right side, the picture goes over the edge.  Also, you can see that on the right side, there are 2 little white spots on the edge.  This is because I put too much Mod Podge on top of the picture.  Tissue paper is delicate, so when it got too wet with the excess Mod Podge, it made holes.  Oops.  But, I wasn't going for perfection and I like how it came out.

4)  Christmas Ornament:  As soon as I saw this, I wanted to make one.
I already had the glass ornaments (got them on sale after Christmas a year or two ago), the jute and just had to copy some sheet music.  Score!  I decided to use my favorite Depeche Mode song "Enjoy the Silence" (I know it's not Christmasy, but no one will ever know.  I bet no one will even ask what song it is).  I copied the sheet music I had onto cardstock and used my paper cutter to cut the strips. I decided to put a strip of lyrics so it presses up against the glass.  Then I rolled up strips of the music notes, popped them inside the ornament, and hot glued the jute around the top part. 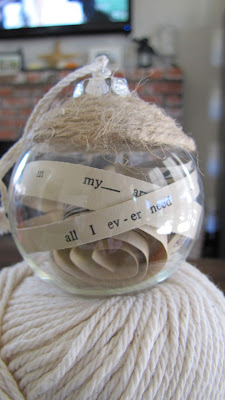 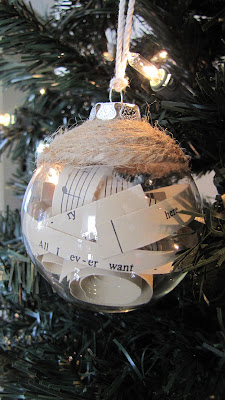 I made two - love them!  Verdict:  Very easy and I love that it's very "natural" looking.

5) Seashell Christmas Tree -  I just found this pin this week.  So cute!
Since I had to go to Joann anyways,  I picked up a bag of seashells.  I looked for a small starfish like that to go on top, but couldn't find one.  :(  I already had all the other supplies, so thought I'd give it a whirl. 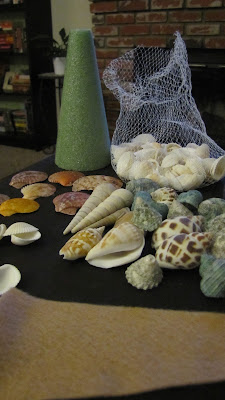 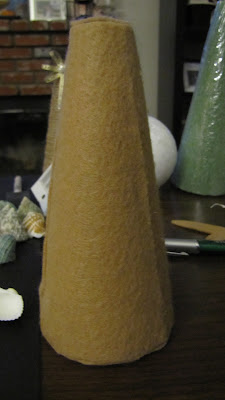 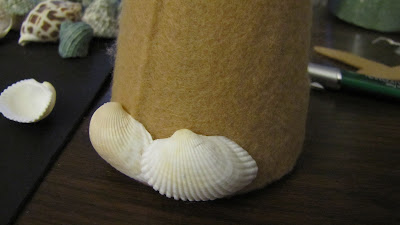 I wrapped the styrofoam in felt so you wouldn't be able to see the green foam underneath.  And I started gluing away.  The bottom of picture looks like a little heiney, huh? lol  Anyways, once I started this, I remembered how much I hate gluing seashells.  They don't glue very well.  Because the back side of the shell is not flat, it's hard to get the glue on a surface and have it actually stick where you want it to go.

So, I kept gluing and gluing. 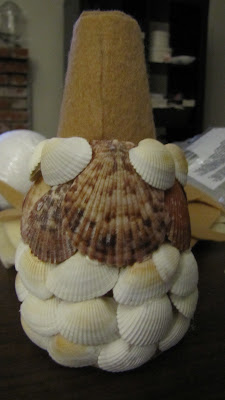 And realized that I didn't have enough of the white shells to completely cover it.  So, I used these larger ones that came with the bag o' shells that i bought. 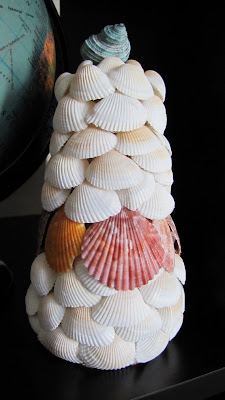 Here is the final product.   Verdict:  Fail!  I don't really like how it came out.  It doesn't quite have that cone shape to it and well, it looks nowhere near as nice as the one I found on Pinterest.  I'm thinking I may have to stack more shells on top to give it more of the cone shape.  But for now, I put it on a shelf and am waiting to see if it will grow on me (but, I don't think it will).

More to come next week.
Posted by Chrissy @ Adventures in DIY at 11:18 PM