Adventures in Gardening: the Black Thumb

A few months ago, I caught spring fever.  Which was really weird because I definitely don't have a green thumb.  But, I tried anyways.  I bought a Home Depot gardening book and did lots of research on line.  I dug up an ugly bottle brush bush and replaced it with a hydrangea plant.  Well, I guess I didn't read the part that I should make sure not to get water on the actual flowers because after the first couple of days of watering, I noticed that the leaves on the flowers started turning brown.  I had burned the leaves.  Sigh.  Maybe it will bloom again later. 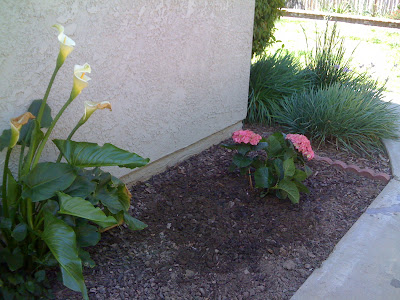 I also planted these succulents to have some greenery inside the house.  I read that they are very easy to care for - they need very little water. 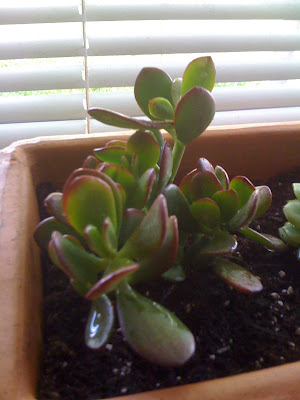 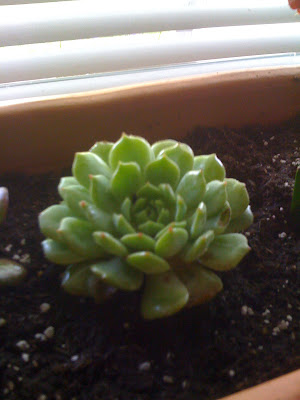 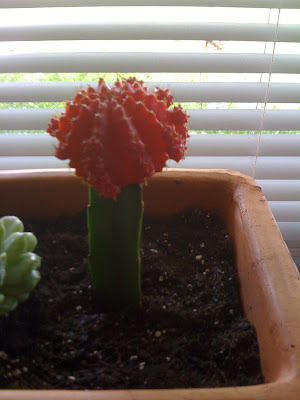 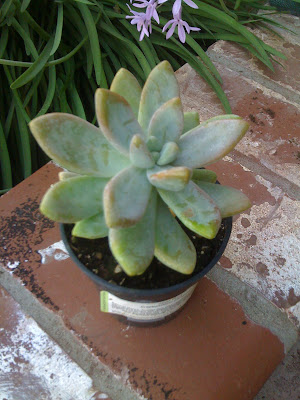 But apparently one day I gave them too much water because this is how they look now. 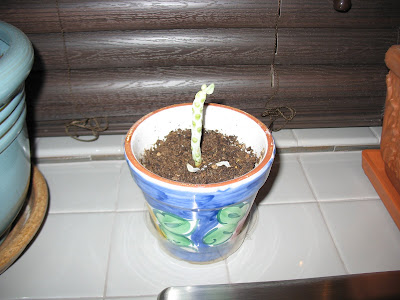 I know, I know.  How could I possibly go wrong with these?  The red cactus appears to be fine, but where it meets the dirt - the stem is brown and it's almost breaking off.  I feel so sad for my plants.

However, on the positive side, when I bought my house, it did come with some plants & flowers that were very low maintenance.  I haven't had to do anything to them except leave my sprinklers set to regular watering and occasional pruning.
Look at how many flowers bloomed on that agapanthus!  After I took this picture, even more little ones grew at the bottom - probably about 6 more.

These calla lilies didn't even start growing until this year and I've had my house for 2 years!  They're so pretty and bloomed like crazy. 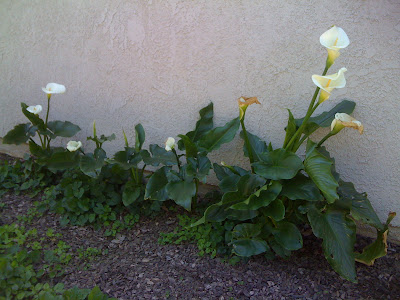 I pulled these onions (there were tons more too) out of my backyard.  I was pulling some weeds and these were in a patch of them.  I didn't even know they were there! (No, my garlic wasn't growing purple flowers.  The garlic was growing in between 2 of my society garlic plants). 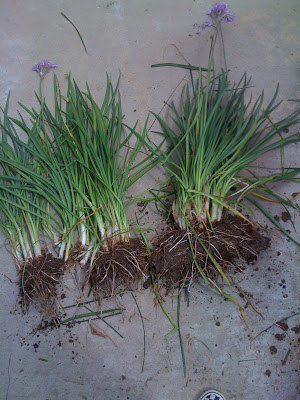 And somehow, I've managed to keep this delphinium going strong.  It got so tall and bloomed several times with huge, pretty purple flowers. 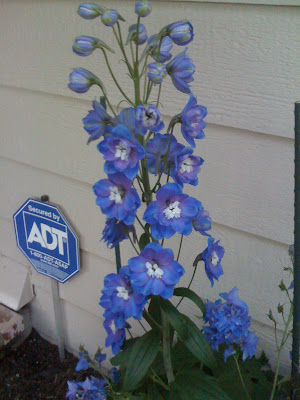 I had some gerbera daisies that started out strong in early spring, but petered out very quickly.  I think our crazy spring/winter weather l that we had freaked them out.

So, it seems anything new I've brought to the house isn't doing so well.  I guess I'll just stick to the ones that were already here.  And when I have the patience again, I'll try my hand (thumb?) at the whole gardening thing again.
Posted by Chrissy @ Adventures in DIY at 7:05 PM

Email ThisBlogThis!Share to TwitterShare to FacebookShare to Pinterest
Labels: Garden